3 days ago 0 1 min read
We use cookies to provide a personalized experience for our users. By continuing to browse this site, you give consent for cookies to be used.
Got it!
Home > Capital Currently > Striking military base cleaners picket Ottawa headquarters 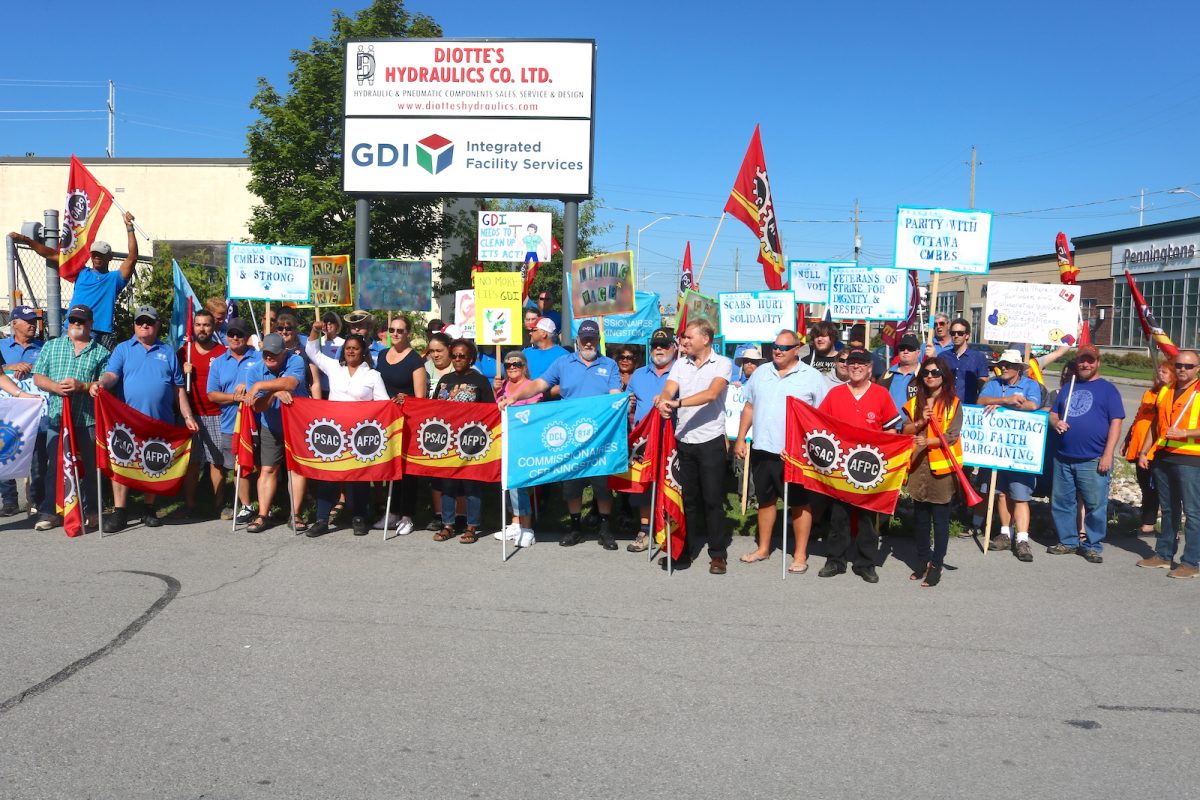 It’s been four weeks since 83 cleaners employed by GDI Integrated Facility Services at the Petawawa military base have been on strike over pay levels and planned cuts to jobs and benefits.

On Aug. 20, the striking workers and their union, the Public Service Alliance of Canada (PSAC), protested at GDI’s Ottawa headquarters, demanding that the company respect a previously negotiated contract and pull back from planned staffing decreases and reduced health protection for workers.

PSAC said that in their last round of bargaining with GDI, they had negotiated wage increases of $2.25/hour. The new employees would receive $16.50/hour while employees with more than five years of experience would receive $17/hour.

“GDI is not respecting the terms and conditions of that agreement and now that we are moving on to the next agreement, they are trying to do concessions,” said June Winger, national president of the allied Union of National Defence Employees.

GDI had laid off 15 workers after the first contract was agreed upon. In the meantime, another firm has been hired to carry out what the union claims is “scab labour” as the strike continues.

“Within a week and a half they posted up for them part-time, and no benefits,” said Kevin MacInnis, president of local 639 of the Union of National Defence Employees, which represents the GDI cleaners.

“We feel that that was in bad faith,” he said, “to intimidate us at the bargaining table.”

According to the CBC, an email statement from the company said that “GDI is working very hard to have them return to work as soon as possible.”

The company said it is set to hold its next round of negotiations with the workers on Aug. 29.

“The work that these workers do is invaluable to the military and to their families. They just want to do their jobs, but they want to be respected with a fair wage,” said Sharon DeSousa, regional executive vice president for PSAC Ontario.