5 days ago 0 3 min read
We use cookies to provide a personalized experience for our users. By continuing to browse this site, you give consent for cookies to be used.
Got it!
Home > Health > Terry Fox organizers promote ‘Your day your way’ virtual run 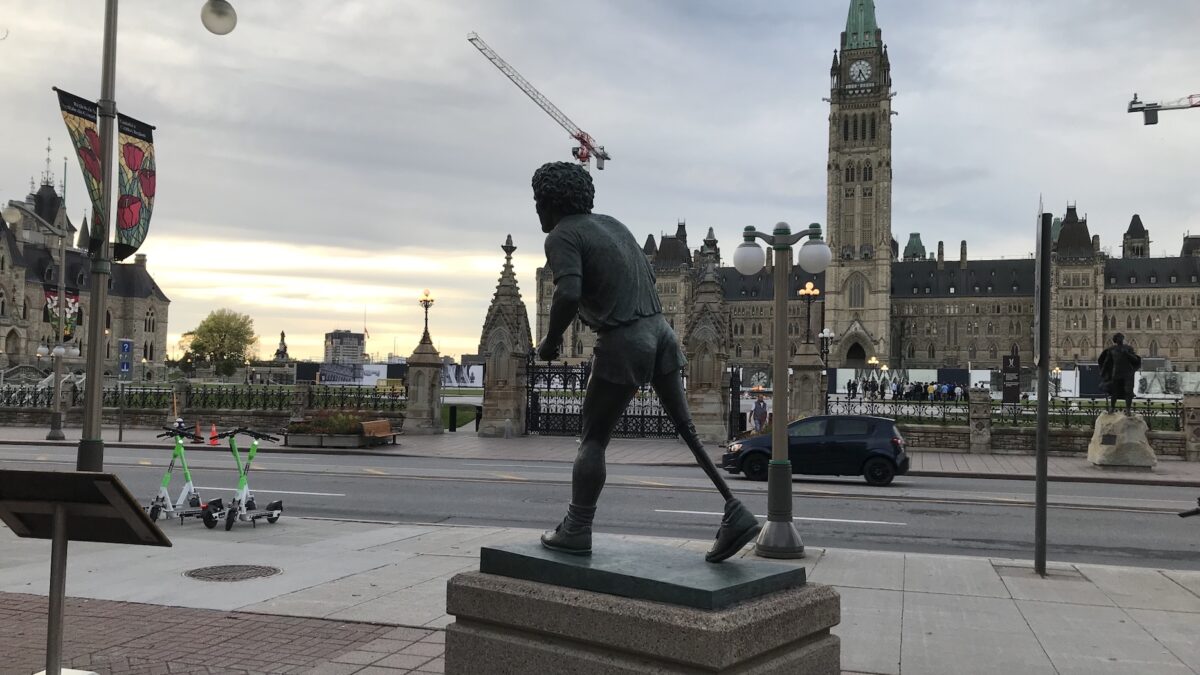 The statue of Terry Fox directly across from the Parliament Buildings in downtown Ottawa speaks to the legacy of the one-legged runner from B.C. [Photo © Noelle Pauli]
Community

Participants across Canada will take part in another virtual Terry Fox Run this Sunday to help raise awareness and funds for cancer research.

This year’s theme is “Your day your way #TryLikeTerry,” chosen, said organizers, in hopes of keeping communities united even when they couldn’t be together.

The fundraising run — which honours the one-legged runner from B.C. whose 1980 Marathon of Hope to raise money for cancer research inspired the nation — takes place every year on Sept. 19, but is taking place virtually for the second year.

Individuals and group signups are available, but participants are asked to walk or run in their local neighbourhoods rather than congregating in single-site events.

Ottawa organizers say they believe the local event may not be as successful as it was last year.

“Last year was the 40th anniversary, so the pivot to virtual wasn’t an issue for fundraising,” said Melanie Griffin, co-organizer for the Ottawa Terry Fox committee. “But this year we’re expecting the numbers to be a lot lower because people are less inclined to fundraise if they don’t have a large event to attend.”

“The funds raised by The Terry Fox Run are given to (research on) all cancers, not just pediatric cancers,” Griffin said.

She added that, in 2020, $4.2 million in research funding was devoted to battling blood cancers, $2.6 million to better understand prostate cancer and $2.5 million for pediatric and young adult cancers.

Ottawa researchers are having an impact on the search for treatments and cures.

“Dr. John Bell and his research team are doing something really interesting with viruses that can potentially kill cancer,” said Griffin, referring to the University of Ottawa professor of medicine and Ottawa Hospital Research Institute senior scientist.

Ottawa residents are encouraged to sign up until Sunday to continue Terry Fox’s legacy.

“Fundraising can take place until the end of the year,” Griffin said. “But we hope to have the majority of funds accounted for by October so we have a better idea of our total yearly donations.”

The Ottawa Terry Fox committee is small and always looking for new volunteers, she said.

“On a regular year, the committee has a lot of things to organize,” said Thomas Lingard, co-organizer for the Ottawa Terry Fox committee. “But we’re hoping that next year we can come together as a community and walk together again.”