1 week ago 0 1 min read
We use cookies to provide a personalized experience for our users. By continuing to browse this site, you give consent for cookies to be used.
Got it!
Home > News > Social Issues > Students and teachers hope Carleton’s signature on the Scarborough Charter will improve inclusion on campus 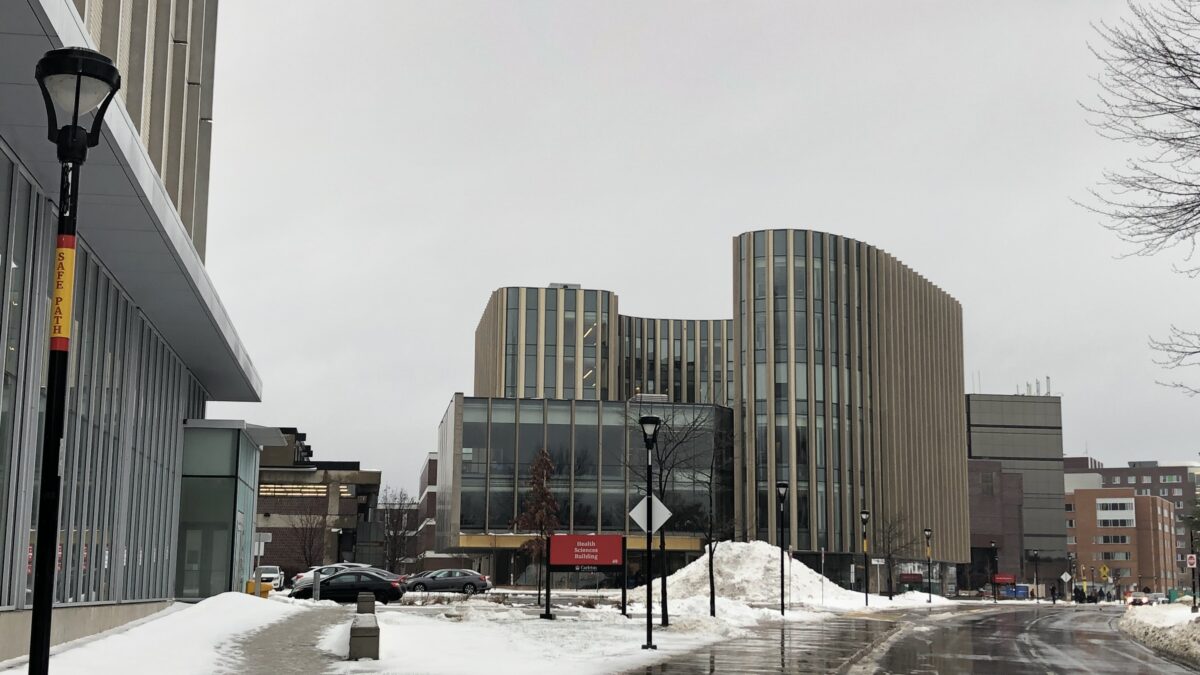 Carleton University is one of the latest institutions to join more than 40 colleges and universities across Canada in signing the Scarborough Charter, a document outlining concrete action plans and accountability mechanisms to end rhetoric about combatting racism and start actually delivering on their promise of systemic change.

“Racialized staff at Carleton are looking to see how Carleton moves from rhetoric to action against racism. … Rhetoric is nice, action is nicer and critical to retention,” Carolyn Ramzy, a professor at Carleton and the co-founder of the Racialized and Indigenous Faculty Alliance (RIFA) said.

By signing the Charter, Carleton is committed to fighting against anti-Black racism, fostering black inclusion in higher education, and encouraging accountability, diversity, and inclusion on campus.

RIFA is a group of racialized and Indigenous faculty members who have created a network of solidarity and shared anti-racism resources.

Ramzy thinks Carleton’s signing the Scarborough Charter is a step in the right direction for encouraging diversity and inclusion on campus. She adds that continuing to support racialized staff is a way to show Carleton truly is committed to inclusion.

“Carleton University’s support of RIFA as well as the initiative to hire more black researchers is an indication that they are committed to following the Charter,” Ramzy said. “I think retention is key. As colleagues grow at the university, whether they stay is a good indication of how Carleton is doing [with inclusion].”

Ramzy noted that Carleton has always made a strong effort to make their all staff feel welcome, after Carleton signed the Charter, she has seen it even more.

Nipissing signing the Charter is a step in the right direction to creating meaningful change and shows that they are committed to fighting against racism and fostering diversity and inclusion on campus, Graham said. NUBASE is looking forward to working with Nippissing University to combat racism and promote diversity and inclusivity on campus, Graham added.

“All the schools, including Nipissing, are trying to find ways to make change rather than speaking about it,” Graham said.

“The premise of NUBASE is to create an inclusive culture on campus, educate people on black culture and work with the university to implement support systems for BIPOC students,” Graham said.

Graham also started NUBASE to educate people about black culture and reduce the number of micro-aggressions that racialized people face on campus and in the community. So far, the club has been very successful in spreading its message across campus, according to Graham.

NUBASE hosts many events to educate about anti-racism and to raise money for grants for racialized students. They’ve been able to plan even more thanks to increased funding as a result of Nipissing signing the Charter, Graham said.

Their next event is called Shoot For Change, a basketball game between Nipissing and Ontario Tech on January 28, 2022.

“The premise of that game is anti-racism promotion,” Graham said. “We are going to have t-shirts [made for] the game which will also be a fundraiser … to raise money for grants for all BIPOC students at Nipissing.”

Graham says the money this game raises will help combat racism, foster inclusion and equity on campus and create several grants for BIPOC students that will be continued for years.

Universities are not always inclusive to all their staff. Ramzy and her colleague Ummni Khan created RIFA to overcome the challenges that came with being the first or only racialized person in their respective departments.

“In our conversations about our experiences … we noticed we were facing the same conversations, sometimes the same challenges and we wanted to create a space where we can share strategies about how to undertake that equity, diversity, and inclusion work on campus,” Ramzy said.

Graham commends the Charter for its focus on putting more people of colour into positions of power at Nipissing. NUBASE will continue to educate people on campus about the importance of representation and equality for everyone in the workplace, Graham added.

“Representation matters. When you are from a marginalized community, you don’t see a lot of people that look like you,” Graham said. “When racialized people in high school want to look for a career but don’t see people of colour in those positions, they think what’s the point of me doing this.”

Until people of colour are in positions of power, young people will not see that career path as viable according to Graham. That is why NUBASE is working closely with Nipissing to not only fight against racism but also encourage inclusion and diversity in workplaces on campus.

“People have said the N-word pretty loosely and nothing has happened because there is no procedure,” Graham said. “Continuing to educate people about race and enacting an anti-racism policy on campus will help stop racism.”

According to Ramzy, structural racism is a part of many institutions, including universities. She says the point of organizations like RIFA is to fight against racism and make sure all racialized, students and staff on campus get the support they need, including through grants.

RIFA emphasizes representation of all racialized faculty and staff by ensuring all new colleagues have access to mentorship, funds, and the skills to put together really strong applications to apply for larger grants. RIFA will support and represent them when they do apply for those large grants, Ramzy said.

The COVID-19 puzzle: Job seekers flock to some positions while others remain unfilled