14 hours ago 0 2 min read
We use cookies to provide a personalized experience for our users. By continuing to browse this site, you give consent for cookies to be used.
Got it!
Home > Politics > Use of the notwithstanding clause not necessarily a bad idea, some experts say 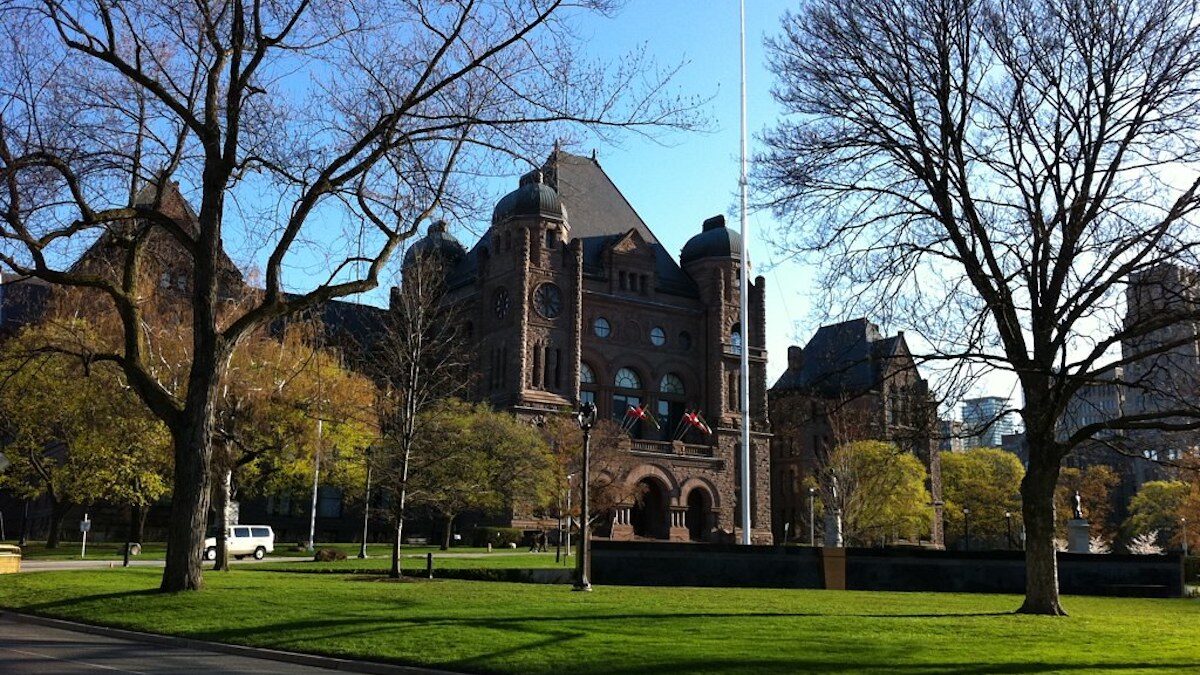 On Monday, for the first time ever in Ontario, the Doug Ford government used the notwithstanding clause to pass a piece of legislation that included sections deemed unconstitutional by a judge.

The Election Finances Act limits third party spending on election advertisements to $600,000 in the 12 months before a provincial election. Previously, the limit was $600,000 over six months.

The Progressive Conservative government has not really explained why it needed to recall the legislature this past week for a weekend-long debate and a 62 to 47 vote to pass this bill.

The use of the notwithstanding clause is often seen as a limitation on rights and freedoms and is viewed in a negative light. Certainly debate at Queen’s Park and in the media has featured that sort of criticism. However, constitutional and legal experts say this is not necessarily the case.

“Most people, for example, believe that some limits on third party spending are justifiable,” says Geoffrey Sigalet, incoming assistant professor of law and politics at the University of British Columbia Okanagan and former post-doctoral fellow at McGill’s research group on constitutional studies. “That they serve a justifiable means of limiting too much interference by certain kinds of private corporations and unions who maybe have an advantage and are able to speak louder than ordinary Canadian citizens.”

Sigalet and his colleague Mark Mancini, former national director of the Runnymede Society who is pursuing a PhD in law at the University of British Columbia, proposed a standard last year to determine if use of the clause is legitimate.

“One of the keys to understanding whether Section 33 is used properly, is whether there’s an argument to be made that the legislation being enacted might protect rights along one view of what’s a reasonable understanding of rights,” says Sigalet.

Justification for use of the notwithstanding clause, he says, should offer insight into how the act or provision it’s accompanying is interpreting the rights and freedoms of the charter in a way that strengthens them, rather than disregarding them entirely.

Adopting a standard for use won’t prevent the clause from being used poorly, but it will allow the public to evaluate each instance and come to their own conclusions about its validity, he added.

You can disagree about the impact of the Ontario law, says Sigalet, and still believe it’s a legitimate use of the clause because it’s in the realm of reasonable disagreement about how limits on third party spending relates to freedom of expression.

Mancini says he hasn’t seen a lot of justification yet about what rights the government sees as important in this case.

“I think that’s the most important thing for me,” he says. “Not whether or not the notwithstanding clause is used as legal, as whether or not it’s politically justified.”

Section 33 of the Charter of Rights and Freedoms — or as it’s more commonly known, the notwithstanding clause — is a piece of parliamentary and legislative power that allows acts and provisions to operate without being beholden to many of the rights and freedoms set out in the charter.

While it can’t be used to affect the democratic process, it can be applied to anything that might otherwise violate the fundamental freedoms, legal rights and equality rights awarded by Sections 2 and 7 through 15 of the charter, preventing the legislation from being addressed by the courts.

The clause has been implemented sparingly since 1982, but section 33 is still often considered an abuse of power rather than a “an essential safety valve” on the power of the judicial system, as Peter Lougheed, it’s original proposer, had hoped it would be.

Sigalet does think that Section 33 has a place in Canadian governance.

“It’s perfectly legitimate for our legislature to come up with a different conception of rights than a court would, and it may even be better,” he says.

One example he point to is Saskatchewan’s School Choice Protection Act. Passed in 2018, the act responded to a judicial decision to end public funding to non-Catholic students in Catholic schools.

The legislation went so far as to lay out the reasons for protecting public funding for non-denominational students at denominational schools as a means of supporting the right to religious freedom in the charter, rather than circumventing it.

“The Saskatchewan schools case was kind of the exemplar of a government taking this seriously and really fleshing out a version of its own construction of rights,” says Mancini.

Sigalet also points out that many charter cases are upheld in court as being under section one’s reasonable limits, and that the court views much of the province’s legislation as infringing the rights set out in the charter.

“Courts regularly allow legislators to, in their words, ‘infringe rights,’” he says. “We don’t see people freak out about that.”

The notwithstanding clause can also be wielded in a manner that disregards fundamental rights.

Quebec’s Bill 21 used the notwithstanding clause to ban the wearing of religious symbols on the job in the public sector.

While Quebec lawmakers say the legislation bolsters the province’s much needed separation between church and state, it’s been widely criticized for increasing discrimination against religious minorities.

Mancini and Sigalet also point out that very little justification has been offered for how Bill 21 interprets the rights and freedoms guaranteed by the charter.

“It addresses the need for secularity. It doesn’t address how then, that secularity may infringe on the free exercise of the religious rights of individuals serving the state,” says Sigalet, “which were primarily women in hijabs.”

The bill has faced extensive scrutiny and been accused of contributing to a rise in Islamophobia for that reason.

After the recent terror attack in London, ON, that killed four people and orphaned a nine-year-old boy, the Prime Minister was asked if he thinks the bill fosters discrimination and hatred, to which he said no.

“I have long expressed my disagreement with Bill 21, but I have also indicated that it is for Quebecers to challenge,” he said last week during a press conference.

Importantly, the notwithstanding clause does have a five-year time limit.

The theory is that five years is the longest a parliament or legislature could sit before an election, so if the legislation employing the clause is objectionable, citizens would be able to pick new representatives willing to not re-enact it.

“The public makes mistakes, we’re human beings. But we have to trust that ultimately, the people themselves are going to be one of the guardians of our constitutional order,” says Mancini. “We could do better, we can always do better, but I think we have to have some trust that they’ll apply this standard.”