2 days ago 0 2 min read
We use cookies to provide a personalized experience for our users. By continuing to browse this site, you give consent for cookies to be used.
Got it!
Home > Social Justice > Watch: Ottawa’s anti-racism rally on Parliament Hill 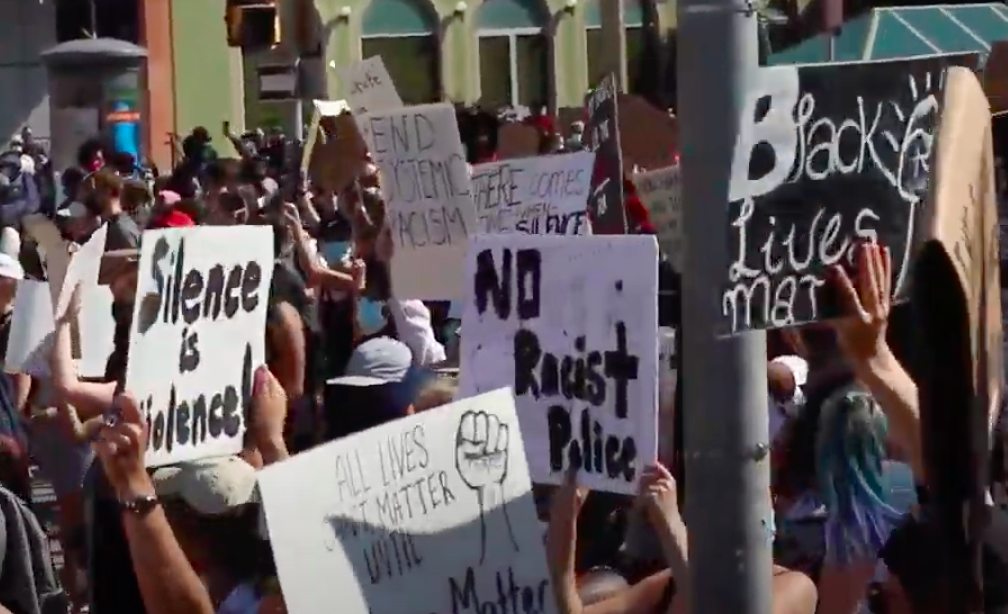 Here is a moment captured from Capital Current's video montage of the June 5 "No Justice, No Peace" demonstration on Parliament Hill. [Image @ Eden Suh]
Canada

Ottawa’s “No Justice, No Peace” protest on June 5 drew thousands to Parliament Hill to condemn police brutality, express anger over the May 25 death of George Floyd — who died after a violent police takedown caught on video — and anti-Black racism.  [Video montage © Eden Suh]

In The News: Monday, June 8

Signs and sounds from Edmonton's Fight for Equity anti-racism rally