3 days ago 0 4 min read
We use cookies to provide a personalized experience for our users. By continuing to browse this site, you give consent for cookies to be used.
Got it!
Home > News > Canada > Ontario > ‘We’re going as fast as we can’: Etobicoke businesses, public facilities embrace reopening 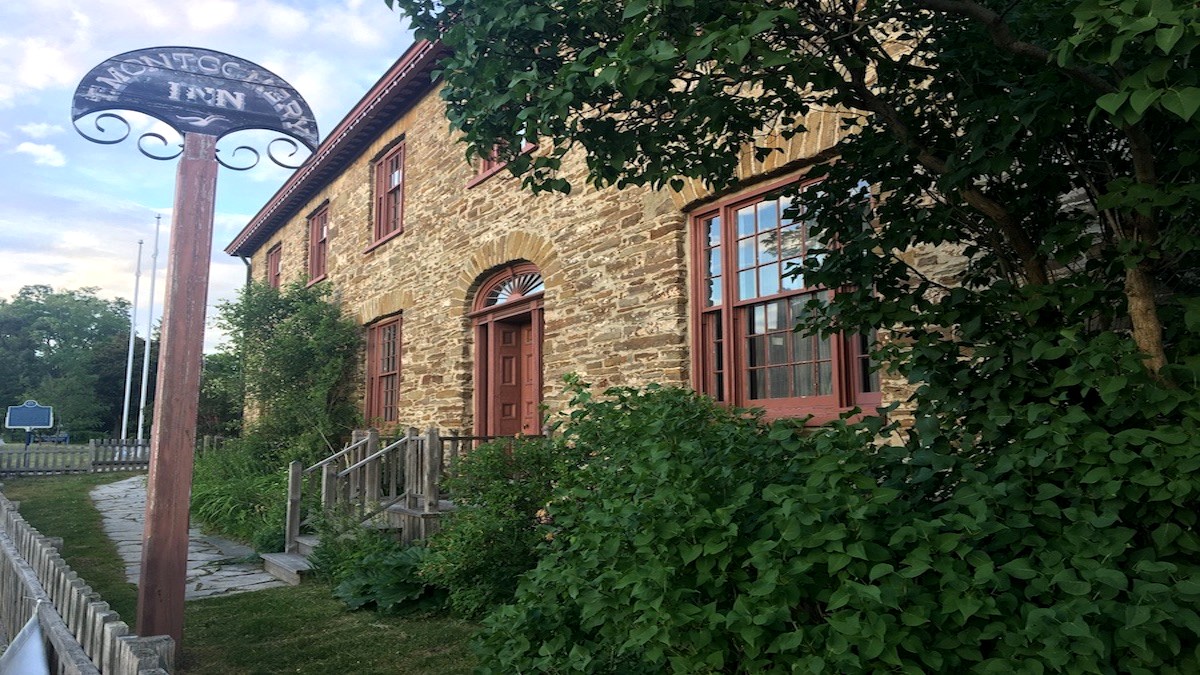 Until now, there's been no room at the Inn because of the COVID-19 pandemic. But now that Toronto has moved into Stage 2 of reopening of businesses, recreational facilities and more, Montgomery's Inn — a City of Toronto museum housed in a 19th-century stone building in Etobicoke — will be reopening its doors. The community museum will operate a new summer camp and aims to have its popular farmers' market back in action by mid-July. [Photo © Kevin O'Rourke McColl]
Community

‘We’re going as fast as we can’: Etobicoke businesses, public facilities embrace reopening

TORONTO — In Toronto’s West End people are welcoming Stage 2 of reopening with enthusiasm.

Etobicoke is part of the city of Toronto which was admitted into Stage 2 along with neighbouring Peel Region on Wednesday, nearly two weeks later than the rest of the province, which got the green light to further ease COVID-19 lockdown restrictions on June 12. The last region, Windsor-Essex, was admitted into Stage 2 on Thursday except for the farming communities of Leamington and Kingsville.

“Today’s announcement is another sign that we continue to make steady progress,” Ford stated during his daily briefing. He listed sustained hospital capacity and a significant increase in testing as signs of this progress.

Residents of Toronto and Peel Region — which includes Brampton, Caledon and Mississauga — can now get a haircut, eat or sip coffee on a patio, shop at a mall and enjoy many more outdoor community programs for the first time since March.

In Etobicoke, the announcement has brought a sense of anticipation.

“I am delighted that Toronto has moved into Stage 2,” Christine Hogarth, Progressive Conservative MPP for Etobicoke Lakeshore, said in an email. “This has been made possible thanks to our collective efforts to stop the spread of COVID-19.”

Hogarth — who is also parliamentary secretary to Ontario Solicitor General Sylvia Jones, with a focus on community safety issues — added that she looks forward to seeing more local businesses and public facilities reopening.

Montgomery’s Inn is one of those.

Built in the 1830s, the inn was converted to a museum in the 1970s. Operated by the City of Toronto, it now offers tours of restored rooms and hosts a variety of events.

As part of the inn’s plans to reopen, it will offer a new summer camp experience starting on July 13.

As for one of the inn’s most popular events — a year-round Farmers’ Market held every Wednesday — Kim said that museum staff are aiming to reopen the market in mid-July, restoring important infrastructure for vendors and shoppers alike.

The centre normally hosts a number of events — from Zumba classes to spelling bees —throughout the week, many of which are geared towards seniors in the community.

“This organization is a really happy, happening place. We’re always raising the bar and our seniors and the membership here, they love this place,” said Laura Latham, executive director of the centre. “Coming here, they get rejuvenated and re-energized, and the volunteers that come here – it’s the same thing.”

With the move to Stage 2, the centre is relaunching a number of existing programs, making adjustments based on public health guidelines.

A large tent will be set up in the centre’s outdoor space, where tea and coffee socials, weekly barbecues and a Canada Day celebration will be held. The centre will also be the site of a new curbside food pick-up and delivery service.

“We’re really trying to encourage outdoor socialization and food security programs,” said Latham, “which are so vital to seniors, especially if you’re isolated.”

Since Monday’s announcement, the centre’s plans have been well received by loyal members, many of whom are used to spending every day there and are eager to get back.

“We’re going as fast as we can, given all the safety protocols in place,” Latham said, acknowledging the urgency of resuming operations.