5 days ago 0 3 min read
We use cookies to provide a personalized experience for our users. By continuing to browse this site, you give consent for cookies to be used.
Got it!
Home > News > Ottawa > Winterlude Fire and Ice Festival transforms Bank Street on a cold day 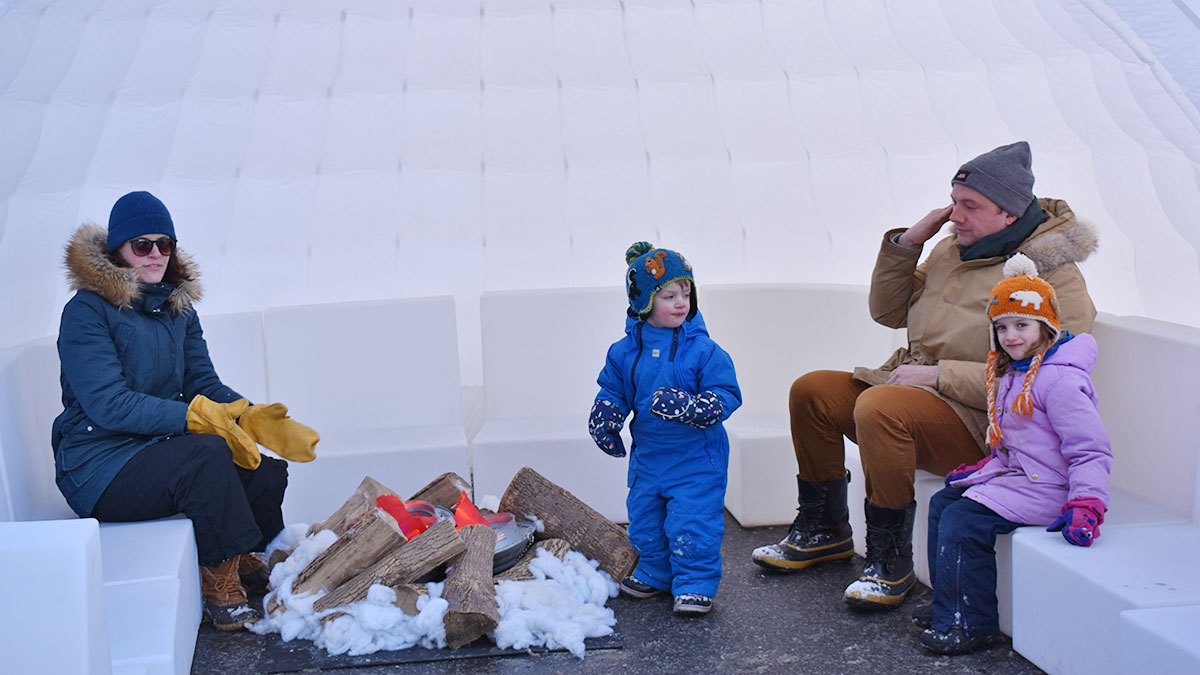 A family gathers in an inflatable igloo at the Fire and Ice Festival on Bank Street. (Photo @ Olivia Hnatyshyn)
Arts & Culture

By Olivia Hnatyshyn and Marshall Healey, 2 years ago 0 2 min read

The Fire and Ice Festival on Bank Street had more ice than fire on Feb. 8, with temperatures dropping to -25 C. The start to the day was a little slow, with people trickling in and out throughout the afternoon.

The festival was a partnership between the Bank Street BIA and the Youth Services Bureau of Ottawa. Youth Services offered free hot chocolates and s’mores, but were also accepting donations towards their shelters.

Samantha Metcalfe and Cailyn Degrandpre say they hope their throat singing helps to bring back Indigenous culture. “Throat singing was banned during residential school days, so through us singing now, we can help bring our culture back and strong with our leaders,” said Metcalfe.

The two made a splash when they performed at the swearing in of federal cabinet ministers after the 2015 general election.