1 week ago 0 1 min read
We use cookies to provide a personalized experience for our users. By continuing to browse this site, you give consent for cookies to be used.
Got it!
Home > News > Ottawa > Catering for community 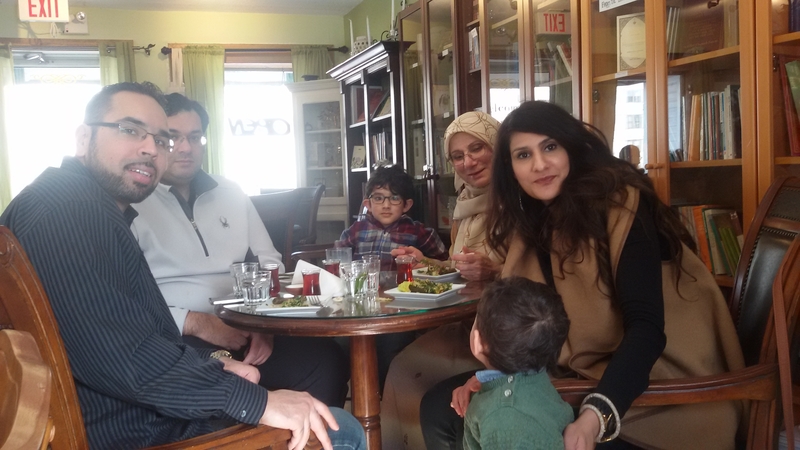 Language is often a big barrier for newcomers, but it’s not stopping a group of Syrian women from staying active in the community.

Ten women who came to Canada as refugees one or two years ago have launched a catering project. Baraka Syrian Home Cooking started in December and has since catered two sold-out events for about 60 people.

Most recently, Baraka catered a Syrian lunch at the Lotus cafe on Feb. 18. Guests had a taste of traditional Syrian dishes, including tabbouleh salad and kunafapastry.

One of the members of the project is Heba Moussa, who came to Canada a year ago. She voices the hope this will allow more Canadians to learn about Syrian culture and cuisine. “I want the two cultures to know each other,” says Moussa, who is learning English.

The catering initiative is taking place in collaboration with a local non-profit called the Lotus Community Corner, which runs the Lotus cafe. Shehnaz Karim is the director of the Lotus and was asked to help the Syrian women integrate into their new home.

“They would very much like to be more integrated, but right now not being able to speak English is a very great barrier,” says Karim. “But through this project you don’t need English in order to communicate. They’re able to communicate through sharing food, and that’s a very beautiful thing to see.”

The group meets once a week to plan for events and discuss how to move forward with their project. They also exchange stories about their lives today and their hopes for the future.

Each woman has different goals she hopes to achieve through this project, ranging from supporting family members abroad to becoming a better cook. But they say the ultimate goal they share is to have people of all backgrounds enjoy the taste of their food.