5 days ago 0 3 min read
We use cookies to provide a personalized experience for our users. By continuing to browse this site, you give consent for cookies to be used.
Got it!
Home > Arts & Culture > Movies > 3D films are an expensive gimmick for people with two functioning eyes, an exercise in frustration for me 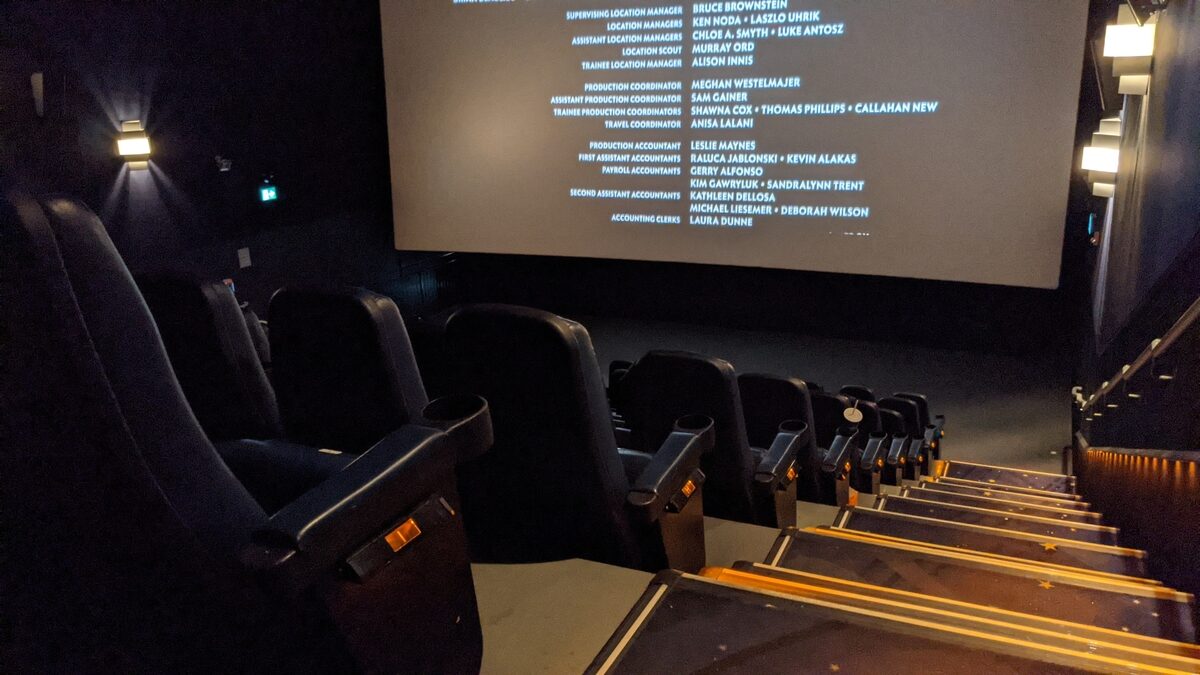 Capital Current reporter Mia Jensen recently had the pleasure of seeing the movie "Ghostbusters: Afterlife" at Cineplex Cinemas Lansdowne just as it was meant to be seen: in good old-fashioned 2D. [Photo © Mia Jensen]
Arts & Culture

Every once in a while, you have an epiphany about something that has bothered you your entire life — something that for some reason, you’ve never really fully understood.

During the pandemic, as I spent hours upon hours switching between my laptop and my phone, unable to leave my house while I slogged through online school, I started to think about my continually deteriorating vision. And I came to a very silly realization.

I was completely right to hate 3D movies.

The fancy way of describing what’s wrong with my eyes is “strabismic amblyopia,” or amblyopia (reduced vision in one eye) caused by strabismus (abnormal alignment of the eyes). That’s basically a complicated way of saying that I have a lazy right eye that turns inward, and I haven’t been able to properly see with it in years.

I’ve worn glasses since I was eight or nine, just old enough that correcting my vision woes was not really in the cards. As I got older, the vision in both of my eyes kept deteriorating, and my lens prescription kept getting stronger. At one point, I had a pair of wire-rimmed glasses with a right lens so thick the glass always looked ready to pop right out of the frame.

At 21, there’s basically no chance of repairing my right eye. I can barely see out of it with one of the strongest prescriptions I can get and which has remained basically the same for years.

The glasses they give you at the Cineplex may no longer sport the classic blue and red, but the new RealD 3D black plastic glasses function on basically the same principle: the lenses are slightly different, and they act together to create the illusion of depth on the cinema screen. While the classic glasses relied on different coloured lenses to achieve this effect, the new ones use different polarizations in each lens.

Every time I see a 3D movie, I give up trying to watch about 30 minutes into the film because the image is just too blurry. Double vision is bad enough when it’s your everyday experience, but when you go to a 3D movie, it’s the whole point of the experience. It’s not like I can just close my bad eye to clear up the headache.

And it isn’t just me and my lazy-eyed compatriots who can’t stand to watch them. When Avatar — the “revolutionary” 3D film from director James Cameron — first came out in 2009, reports of headaches and nausea were corroborated by studies that found that 3D technology causes unnatural eye movements that induce strain.

That’s not even to mention the discomfort of the glasses themselves, especially if you have to stack them on top of the ones you already wear. And what about those ticket prices? Is price gouging at the concession stand not enough?

It might have taken me years to fully understand the root of my anti-3D sentiments, but I realize now that I’ve been right all along. If some movie-goers want to continue over-paying for this uncomfortable, underwhelming gimmick, I’m not going to be the one to stop them. But personally, my mismatched eyes and I feel pretty comfortable with my decision to never go to a 3D movie again.

After 2020 call to action from marginalized students and alumni, Carleton's J-School issues report on EDI progress