1 week ago 0 1 min read
We use cookies to provide a personalized experience for our users. By continuing to browse this site, you give consent for cookies to be used.
Got it!
Home > News > Agriculture > ‘A change in practice’: Scientists and experts say nitrogen fertilizer emission target achievable 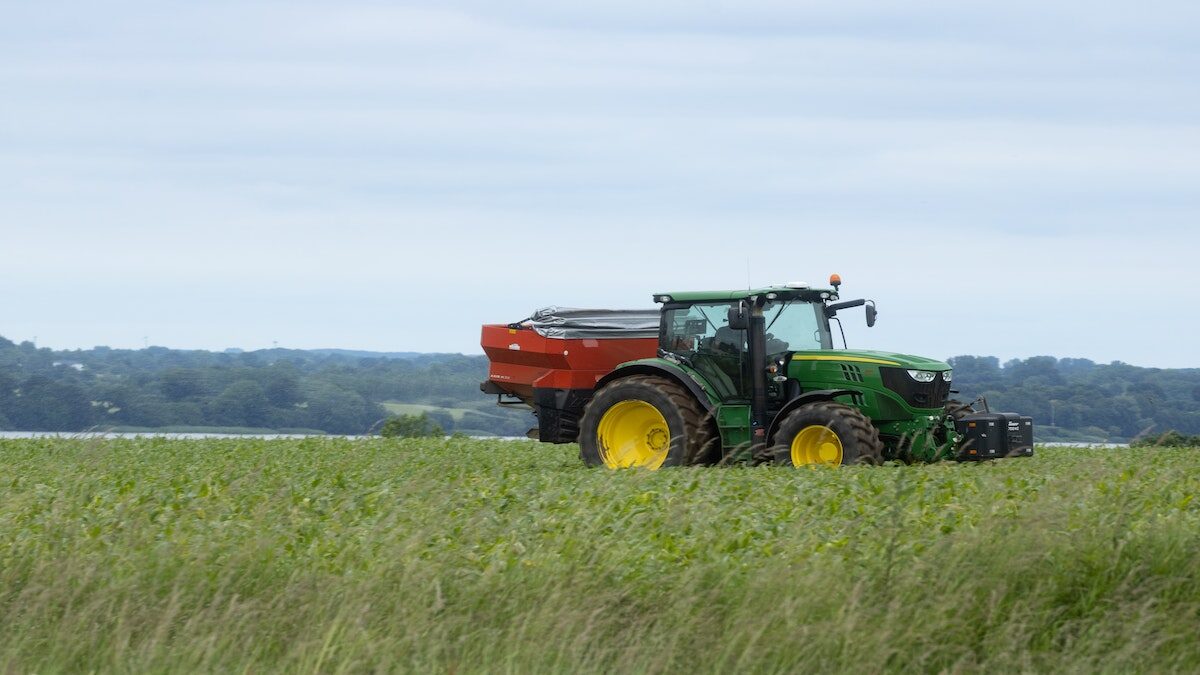 A tractor spreads fertilizer on a cornfield. While many farmers are concerned about the change, scientists and fertilizer experts say a new emission cut target on nitrogen fertilizers is "a realistic reduction" and "achievable." Photo © Mirko Fabian / Unsplash
Agriculture

Under pressure from climate activists and the effects of global warming, several governments around the world have been underwire from angry farmers for imposing tougher policies that regulate the release of nitrous oxide into the atmosphere.

The new rules have resulted in food shortages and economic distress, critics say.

“Nitrous oxide is a greenhouse gas 265 times more potent as carbon dioxide (CO2). The extraordinarily high rate of fertilizer use in Canada furthermore contributes to roughly three per cent of global emissions from nitrogen fertilizers, despite Canada having only 0.4 per cent of the world’s population,” research by Greenpeace International and the Institute for Agriculture (GRAIN) and Trade Policy (IATP) concludes.

The Canadian government is one of those regimes that has been slammed for targeting the reduction of greenhouse gas emissions from fertilizers by 30 per cent from 2020 levels as part of the federal Climate Plan.

“The government is playing with fire and maybe even playing with the nuclear bomb. There are 650,000 farmers in Canada who are not going to accept this lightly and I would expect enormous pushback,” said Peter Holle, president of Frontier Centre for Public Policy, an independent Canadian public policy centre based in Winnipeg.

Joanne Scott, who attended the global demonstration supporting the Dutch farmers last month said the nitrogen emissions target will affect domestic food supply: “Already, this has been a huge impact. In every major city across Canada, people are protesting because we see the same kind of things happen here.”

In response, Agriculture and Agri-Food Canada said the objective of this national target for fertilizers is not to establish a mandatory reduction in fertilizer use, but to reduce emissions.

“For many emissions-reducing practices, the knowledge and awareness exists in the sector already to enhance the efficiency of fertilizer use while also reducing greenhouse gas emissions and other impacts of nitrogen on the environment,” wrote Marianna Dandurand, a spokesperson for Agriculture and Agri-Food Canada in an email to Capital Current.

“There’s no crisis. There’s no police running around to a farmer saying you’re using too much fertilizer,” said Mario Tenuta, a senior industrial research chair in 4R Nutrient Management and professor in soil ecology at University of Manitoba.

Tenuta said it’s a “realistic reduction” which can be achieved by farmers using practices to decrease emissions.

The 30 per cent reduction target was arrived by consultation with researchers and with industry supporting farmers and fertilizer, and based on research done by his laboratory and colleagues elsewhere in Canada.

“We recommend a change in practice,” said Tenuta.

His field of research, 4R Nutrient Management, representing “right fertilizer source … at the right rate … at the right time (and) in the right place,” aims to improve soil health and optimize the efficiency of fertilizers. The idea has been widely accepted by some farmers since 2006. It guides farmers with practices such as where they put fertilizer, in the soil or on the soil, when do they apply it, fall, spring or while the crop is growing, and what type of fertilizer they can use to prevent nitrogen emissions.

There have been many new fertilizers that reduce the emissions of nitrous oxide and farmers can always fine tune the amount of nitrogen are being applied to meet demand and the needs of the crop, said Tenuta.

“Farmers can reduce their carbon footprint in crop production from fertilizer use, and maintain high yields that are important for their economic sustainability. And to ensure that Canada can produce and export grains and oil seeds and food that is manufactured using those grains and oil seeds as well.”

Farmers too say they have seen progress with the 4R practices even in other areas such as dairy production.

“We’ve gone from milking cows that only gave 20 litres a day to cows that milk 30, 35, 40 litres a day and still produce the same amount of burps and farts. That’s an efficiency. That means we actually reduced emissions compared to the amount of milk we sold,” said Peggy Brekveld, president of Ontario Federation of Agriculture. She runs a dairy farm in Murillo, Ont.

“It’s not clear that going organic will decrease the emissions overall,” he said. There are a few hurdles in lowering emissions with organic production. One is potentially lowered yields from organic farming, so this may require more land. “More land means more emissions,” he said.

“They don’t need to go for organic production or a wholesale change in how they produce food,” said Tenuta.

He said the major concern for farmers now is how they can use nitrogen fertilizer better and how they can continue to be profitable.

Brekveld said adopting green fertilizers is not ignored, but there are several options that are available.

“We as farmers have been doing our best to utilize fertilizer efficiently for a long time, and the margins and agriculture in many sectors is very small,” she said. “So we are very careful both to ensure that we use those 4 Rs and that we use the right amount of fertilizer to feed the plants and soils.”

While the misinformation on the fertilizer emission reduction goal is still spreading, it is wise to be “careful,” said Holle.

From the perspective of public policy, he predicts there will be chaos and disruption. “The truckers’ convoy would be small potatoes compared to what you would see if you if you really go after the farmers on this. And the 650,000 farmers in Canada, they all vote.”

Graham said it’s important that farmers remain the ones who will make the decisions about how to use fertilizer. And, he added, the government should understand the reality of what’s going on in farms and what’s feasible and what isn’t.

The federal Emissions Reduction Plan which includes more than $1 billion in new funding for the agriculture sector, bringing the total to $1.5 billion dollars for initiatives to help farmers and processors reduce their environmental footprint.

Agriculture and Agri-Food Canada has begun consultations on fertilizer emissions reduction target that is intended to help develop an approach to meet the target. Feedback to the discussion document will be accepted until Aug. 31.

Waiting for the dough: One Ontario family's life in limbo on the list for autism services