6 days ago 0 6 min read
We use cookies to provide a personalized experience for our users. By continuing to browse this site, you give consent for cookies to be used.
Got it!
Home > News > Canada > Ontario > Anglican parish disappointed by Petawawa council decision to not raise Pride flag 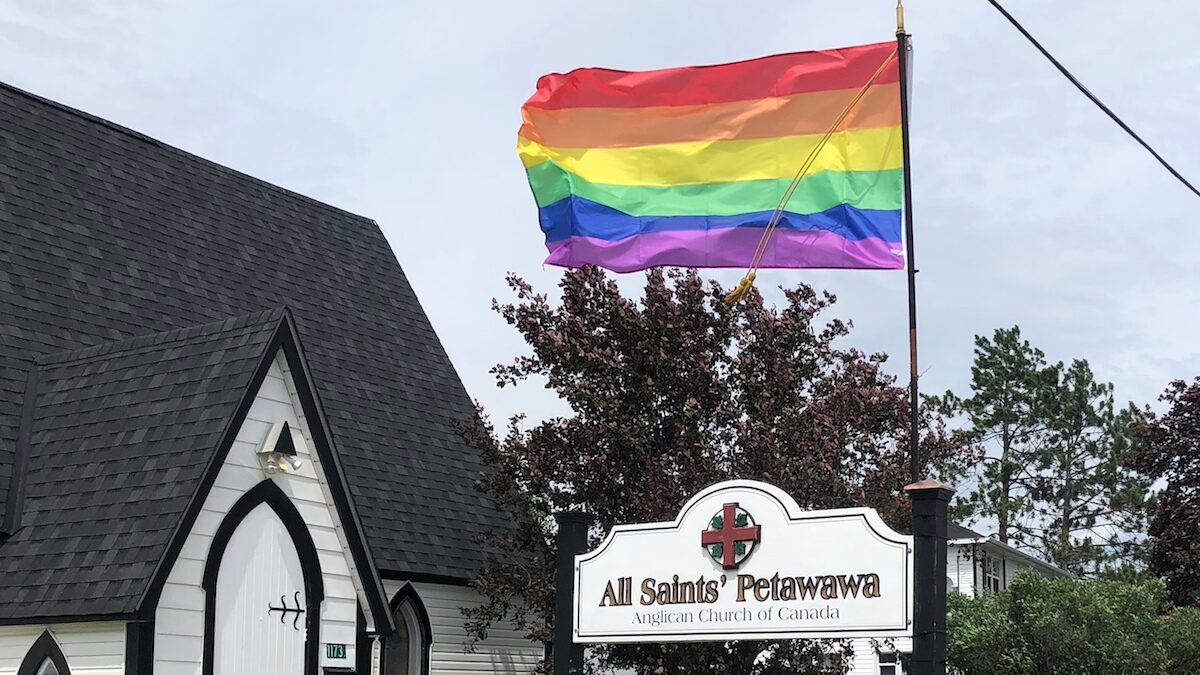 Five Anglican ministers are expressing disappointment with the recent decision by the Petawawa town council to not fly the Pride flag because of a 23 year old municipal resolution prohibiting such public displays.

The ministers from the Parish of the Valley made their point about Resolution 11 in an open letter addressed to Mayor Bob Sweet released Wednesday.

All Saints Anglican Church, one of the churches in the parish, is steps away from the Petawawa Town Hall and it has raised a Pride flag in solidarity with LGBTQ2S+ residents of Petawawa.

“We pray that the presence of the flag at the church will be a visible reminder of members of our community of God’s unconditional love for all people,” the letter, which is signed by five ministers — The Right Reverend Michael Bird, Archdeacon of Pembroke, Rev. Susan Clifford, Rev. Matthew Brown, Rev. Gillian Hoyer and Rev. Richard Durrett — states.

Four of seven town council members voted to allow the flag to fly, but this was not enough as a two-third majority in the seven member council was needed.

The letter says that, while the five ministers are encouraged by majority vote to review the policy, the fact that the mayor and two others voted against this is deeply concerning.

In the council meeting when the decision was made, Sweet wanted to make it clear that “…this is not about whether we should be flying a specific flag or not, this is about the proclamation policy and issues that either are for or against it.”

The letter says that this sends the wrong message to the community. It adds a list of places (locally and in the Ottawa Valley) that have raised the Pride flag for Pride month, who are “celebrating respect and inclusion in our local communities through the Ottawa Valley.”

“Your vote to not permit the raising of the Pride Flag by the Town of Petawawa clearly sends the opposite message to the members of the LGBTQ2S+ community and allies,” the letter says.

The letter adds that the signatories hope the mayor and two other council members will reconsider their votes and keep in mind the commandment to “love your neighbour as yourself.”