2 days ago 0 4 min read
We use cookies to provide a personalized experience for our users. By continuing to browse this site, you give consent for cookies to be used.
Got it!
Home > Politics > Canada Votes 2019 > Riding Profiles > Tory Michael Barrett wins solidly in mostly rural riding 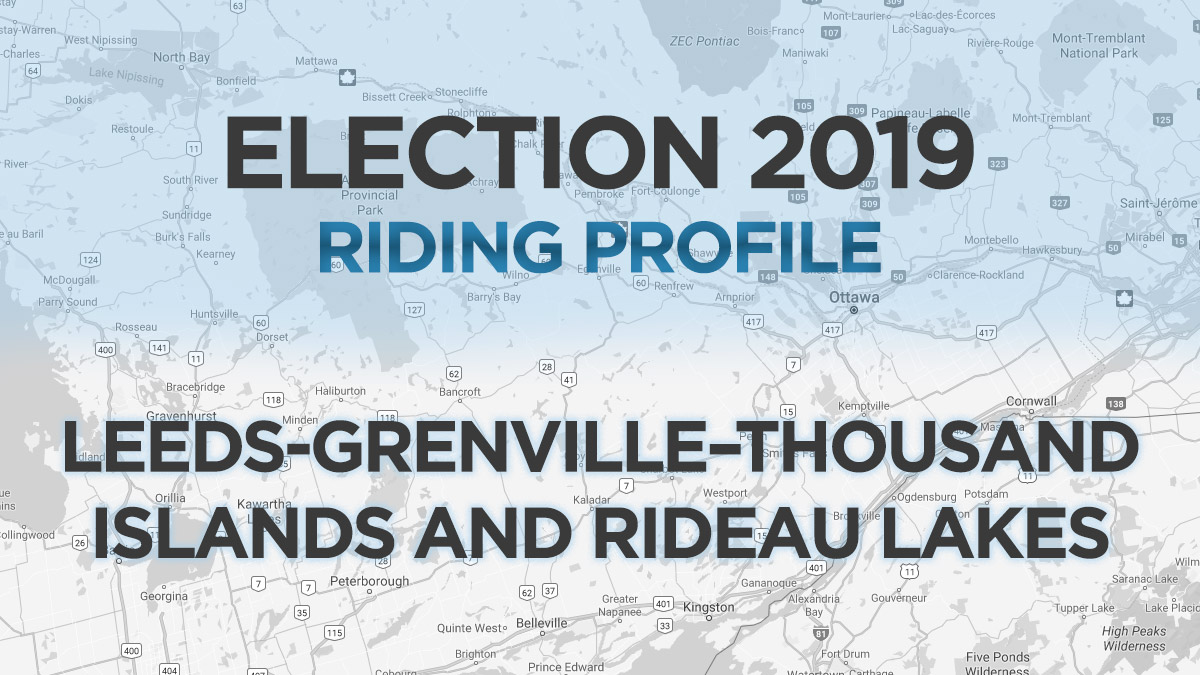 ELECTION NIGHT UPDATE: Conservative candidate Michael Barrett, who only became the MP for Leeds-Grenville-Thousand Islands and Rideau Lakes in a December 2018 by-election, was re-elected handily over Liberal Josh Bennett and the NDP’s Michelle Taylor.

For the last 15 years, Leeds-Grenville-Thousand Islands and Rideau Lakes has been represented by Conservatives. Two returning candidates and two new ones from major rival parties will be challenging rookie MP and Tory incumbent Michael Barrett.

Barrett was chosen as the MP in a by-election in December after the sudden death of long-time Conservative MP Gord Brown. Barrett won with 57.8 per cent of the vote, 22 percentage points more than the runner-up Liberal Mary Jean McFall.

Before being elected, Barrett was a human resources manager. He says his main concern for the riding, which encompasses Brockville, Prescott, Gananoque and a wide swath of Eastern Ontario south and west of Ottawa, is to improve mobile coverage to rural areas through enhanced digital infrastructure.

The Liberal candidate in the Oct. 21 election, Joshua Bennett, works with a Canadian market research company. Bennett says he plans on focusing on the area’s economic growth, including attracting new employers and new industries to keep young people living and working in the area.

Returning Green candidate Lorraine Rekmans has a background in journalism and was the former executive director of the National Aboriginal Forestry Association. Rekmans says she plans on raising issues such as household hazardous waste, road construction projects and homelessness.

People’s Party candidate Evan Tennant-Hindle recently described himself as the riding’s only candidate who rejects “alarmist” claims about climate change.

On Oct. 2, there will be an all-candidates meeting at 7 p.m. in Brockville, hosted by Transition Brockville, Sustainable North Grenville and Citizens’ Climate Lobby Canada. The meeting will be taking place at the Brockville Collegiate Institute high school at 90 Pearl St E.