2 days ago 0 4 min read
We use cookies to provide a personalized experience for our users. By continuing to browse this site, you give consent for cookies to be used.
Got it!
Home > News > Ottawa > Ghostly exhibit at Canadian Museum of Nature explores shadow of extinction hanging over vulnerable species 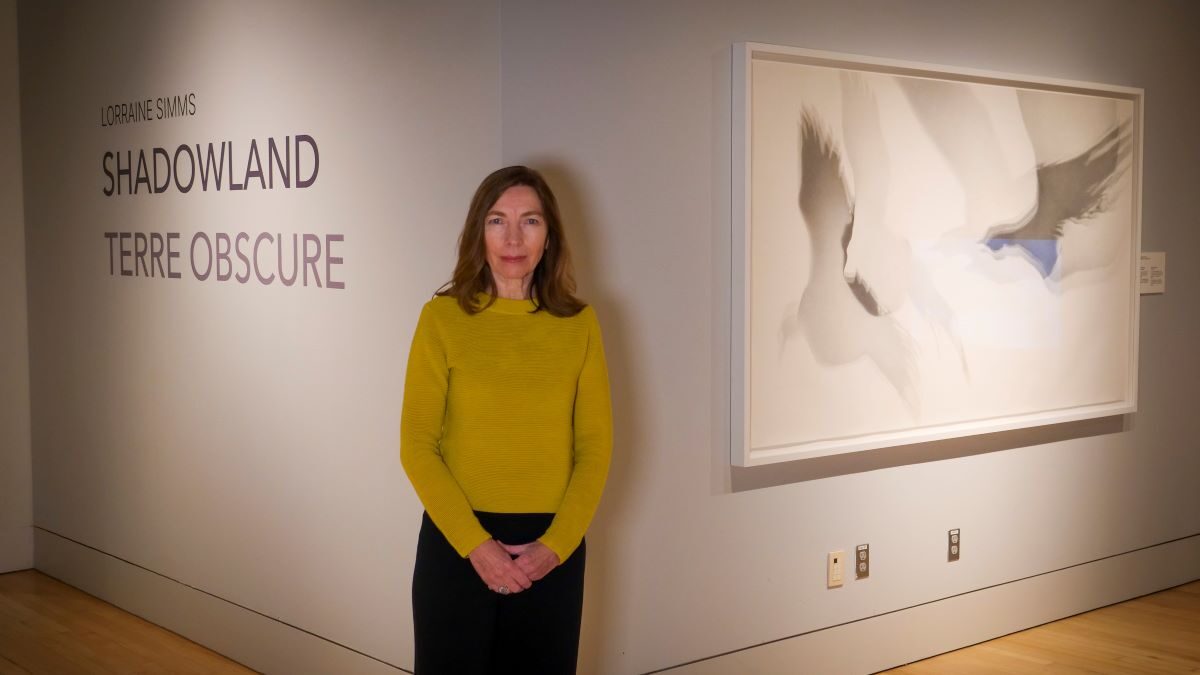 Montreal artist Lorraine Simms’ Shadowland will be on display until April 18. The exhibit features 15 mysterious drawings of the shadows cast by preserved animal remains, almost resembling x-rays or photograms.

These ethereal drawings serve as echoes from the gradual extinction of the threatened and endangered species used in her work.

“These shadows talk about disappearance; they talk about immateriality,” said Simms. “The animals I work with are, for the most part, vulnerable, endangered or emblematic.”

She said the shadows speak to environmental issues and allow a space to reflect on our relationship with nature.

Ten of the 15 Shadowland works on display are new, created specifically for this exhibition. The series, however, is made up of about 40 different works since she began the depictions in 2018, says Simms.

“It’s a hard thing for me to pick a favourite,” said Simms. But if she had to choose out of the ones at the CMN show, she said the right whale vertebra and the bison skull — which appear side by side on a museum wall — make up her favourite display.

“There’s a lovely contrast,” she said, noting the vertebra’s shadow is drawn on black paper while the skull’s is on white. “I think it creates this kind of ‘Alice in Wonderland’ effect, because you can see that tremendous difference in scale,” said Simms. “First, that a vertebra is not only bigger than a skull of a very large animal, (but also) big compared to your own vertebra.”

The drawings were created during her two residencies at the American Museum of Natural History in New York City. Simms would select the bones or preserved remains of specimens and place them on or near the paper, positioning lights around it. She’d then photograph and trace the shadows as best she could, being careful not to move the remains.

“My process is physically engaging, almost gymnastic when working with larger specimens,” Simms says in a short documentary about the series.

These references are then taken to her studio where she completes the final drawing.

“You can’t see everything that’s under the bone and you can never see the whole shadow at once because you’re walking around the table,” said Simms, describing the finished work as a revelation: “It’s like, ‘Wow, so that’s what it looks like!’ ”

She added: “The hardest part is waiting for the final drawing to actually be finished and standing back and going, ‘Hallelujah, it’s done.’ ”

Simms normally works on several pieces at the same time and says she tends to spend up to four months, maybe longer, on her shadow drawings.

“I’ll really work them to almost completion, and then I’ll let them stay in the studio and work on me, as I work on other things,” said Simms. “After a while, the drawing will speak to me, and I’ll know what I have to do to finish it.”

Ailsa Barry, the museum’s vice-president of experience and engagement, describes Shadowland as an example of “the perfect marriage between art and science.”

She argues there has been a gradual “divide between science and culture” and this exhibit helps mend it by capturing these fleeting shadows through abstract, ghostly drawings, and encouraging people to think of nature from a different perspective.

Between Dec. 18 and Jan. 9, a special activity station will be set up for museum visitors to create their own shadow drawings of animal specimens.