6 days ago 0 3 min read
We use cookies to provide a personalized experience for our users. By continuing to browse this site, you give consent for cookies to be used.
Got it!
Home > News > Ottawa > Hailed as a ‘huge step forward,’ $232M sewage tunnel protects Ottawa River from damaging overflows 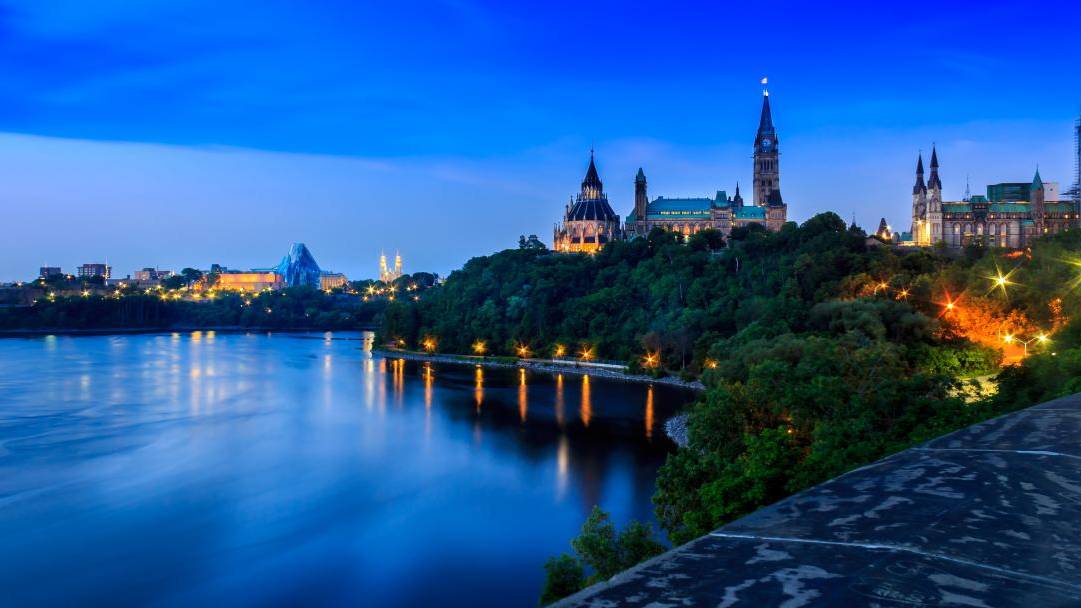 The CSST will greatly reduce the frequency of sewage overflows from entering the Ottawa River. By doing so, it will help protect the health of the river. [Photo courtesy City of Ottawa]
Environment

Nine storeys beneath Ottawa’s bustling streets, an enormous underground tunnel is now in position to protect the health of the Ottawa River — and people’s basements.

After more than a decade, construction of Ottawa’s Combined Sewage Storage Tunnel (CSST) has been completed and the massive piece of infrastructure is ready to significantly reduce the amount of sewage flowing into the Ottawa River during heavy rainfalls.

This “engineering marvel,” as Ottawa Mayor Jim Watson describes it, is one of the most important projects of the Ottawa River Action Plan. The plan was approved by city council in 2009, with construction beginning in 2016. At $232.3 million dollars, the CSST is by far Ottawa’s single biggest capital investment next to the LRT.

It’s very much a legacy-type project because it’s one that’s always going to be there to continue to protect the quality of the river.

The two interconnected tunnels of the CCST span 6.2 kilometres — two-and-a-half times longer than Ottawa’s 2.5-km LRT tunnel — and can hold 18 Olympic-sized pools worth of sewage and stormwater during heavy rains. The tunnels will store excess water and sewage that can be treated after storms subside without dumping the excess directly into the Ottawa River.

“I appreciate the opportunity to highlight and celebrate this incredible milestone, one that strengthens Ottawa’s position as a world leader in environmental protection,” Watson said at a ceremony last month to announce the start of CSST operations. Watson thanked Alain Gonthier in particular, the city’s associate general manager of public works and environmental services, who has overseen the project.

“This has been Alain’s baby for a long time. He deserves a big round of applause,” Watson said, eliciting many claps from a physically distanced audience. Like Watson, Gonthier said the CSST places Ottawa at the forefront worldwide when it comes to managing combined sewage and stormwater overflows.

“This issue is not unique to Ottawa,” Gonthier explained in a phone interview. “Most major cities have to deal with this issue because sewers were built at a time where the main focus was public health, not the environment.”

When Ottawa’s began to evolve as a city, sewers were built as a public health measure, he said. Between 1911 and 1912, for example, thousands of residents became ill and 174 people died from typhoid, a disease often spread through contaminated drinking water.

Before Ottawa’s first sewage treatment plant opened in 1963, everything was flushed directly to the Ottawa River. Dilution was viewed as a solution, Gonthier explained. But by the early 1960s, the practice was no longer acceptable and Ottawa built a modern sewer system to treat contaminated water — at an east-end decontamination complex — before it was discharged into the river.

“During bigger rainfall events, the water would still overflow to the river as there’s only so much that those pipes could take and send it to the treatment plant,” he said. In 2008, the City of Ottawa was fined $562,000 for not reporting 764 litres of sewage that had spilled into the river.

Every time there is a big rainstorm in the capital, the city’s beaches have had to close because “we don’t have the capacity in the treatment plant to treat the water that has been tainted,” Watson added. The water gets contaminated with everything from dog feces to oil to windshield washer fluid, he said.

Now, with the development of the CSST, contaminated water will instead overflow into the tunnels rather than the river. There are about 20 to 30 “overflow events” in Ottawa each year, but the tunnel system is expected to reduce those down to one or two, Gonthier added.

The completion of the project is also exciting news for the Ottawa Riverkeeper, an advocacy organization that led the push to make the CSST happen.

“It is still possible that a massive rainfall could overwhelm the system. However, the chances of combined sewage overflows occurring from the City of Ottawa have been dramatically reduced,” the Riverkeeper said in a statement. “This is a huge step forward for the protection of the river.”

The City of Ottawa, the province and the federal government shared the cost, with the local municipality contributing $108 million and the two governments adding $62.09 million each.

“A priority is protecting our environment and taking action to make us more resilient against climate change,” she said.  “It isn’t necessarily the sexiest project, but I’ve learned how critically important good infrastructure is … It’s about improving the quality of life for people.”

Protecting the Ottawa River has multiple benefits, McKenna explained, namely having water that is safe to swim in, fish in and drink. Not only does the project help keep the river clean, but residents living in the north end of the Glebe and Centretown in particular will be able benefit from the tunnels, too.

The tunnels’ capacity to store stormwater will reduce the risk of basement flooding for about 7,000 residences in those neighbourhoods and will create new jobs here in Ottawa, McKenna said.

It’s a project that is a significant milestone, ensuring the health and vitality of the Ottawa River for future generations, according to Gonthier.

“It’s very much a legacy-type project because it’s one that’s always going to be there to continue to protect the quality of the river,” he said. “It’s really a big moment for the city.”