1 week ago 0 1 min read
We use cookies to provide a personalized experience for our users. By continuing to browse this site, you give consent for cookies to be used.
Got it!
Home > Sports > Ottawa soccer star Jonathan David plays key role as Team Canada secures berth in 2022 World Cup 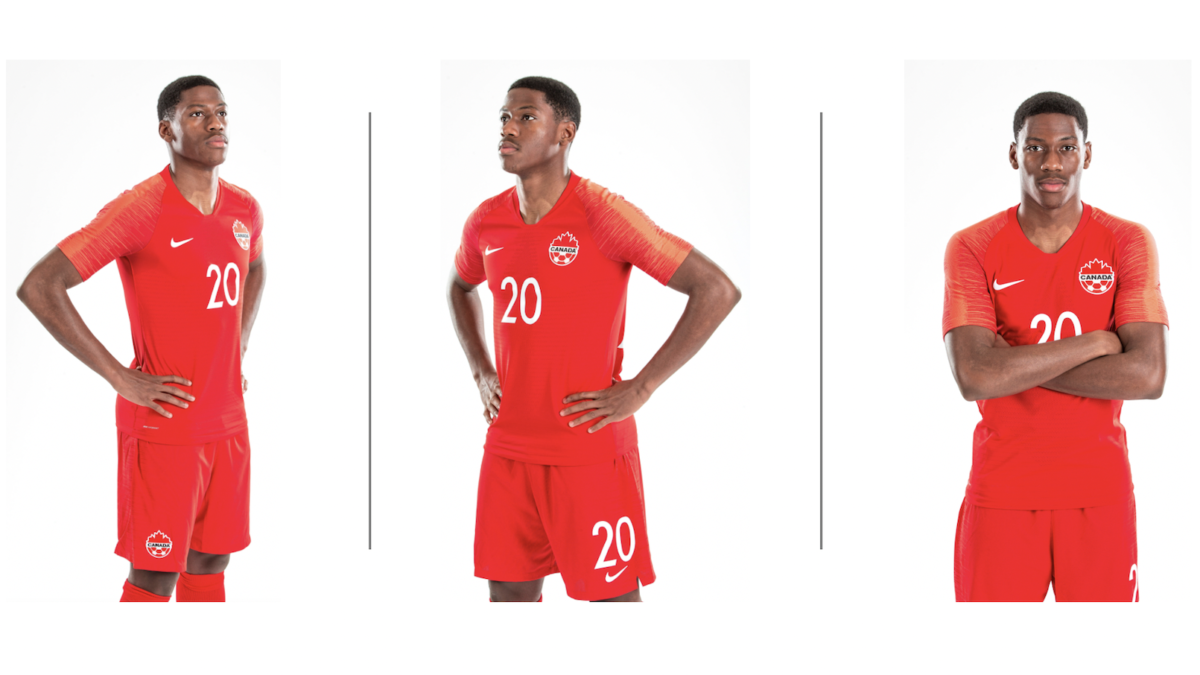 Ottawa's Jonathan David, whose goal-scoring prowess helped Team Canada secure a berth in this year's World Cup, honed his skills at an east-end sports facility. "The thing about Johnny was the consistency," said a former coach. "Every day you could see just how much he wanted to be there." [Photos courtesy of Canada Soccer]
Sports

By KristjanLautens, 10 months ago 0 5 min read

With the schedule now set for the Canadian men’s soccer team at the World Cup later this year, the players who make up the history-making national squad — including Ottawa native Jonathan David — will spend the next six months preparing for the competition in Qatar.

The possiblilty of a World Cup qualification for the Canadian men’s soccer team used to rest solely on the spot earned by hosting the event — not by winning actual games. In October 2014, Canada was ranked 122nd in the world —  sandwiched between Niger and Liberia.

Fast forward eight years, and Canada is officially heading to the World Cup for just the second time. The team finished a 20-game, year-long round-robin odyssey as No. 1 qualifier in CONCACAF — finishing with a 14-2-4 record among countries from North and Central America and the Caribbean.

On Friday in Qatar, the draw for preliminary matches in the 32-country tournament put Canada in a group with Belgium, Croatia and Morocco. The World Cup will be played from Nov. 21 to Dec. 18.

The Canadians secured key wins against Honduras, the United States, El Salvador and Jamaica in the late stages of World Cup qualifying while missing superstar Alphonso Davies, out since January with a heart ailment after a bout of COVID-19.

In his absence, Ottawa’s David showed why he is rapidly approaching the all-time men’s national team goal-scoring record at just 22 years old. David scored two goals in three games during a key stretch of matchs and led the team in shots as Canada was forced into a new formation without Davies.

“The thing about Johnny was the consistency. Every day you could see just how much he wanted to be there. There was never a training session off.”

David has come a long way in just a few years. While Canada was being emphatically eliminated from 2018 World Cup qualifications, David was still training as a top prospect at Louis Riel high school and sports centre in Gloucester.

He recently told Ottawa Sports Pages about his time at Louis Riel, saying: “It helped me learn more about soccer, to practice more, and to get more touches than others.”

Now the leading goal scorer for Lille OSC in France’s Ligue 1, David is known has the consummate pro and hard worker, something his former coaches remember about the star.

Joe Fournier coached David at Louis Riel — as well as Canadian centre-back Vanessa Gilles —and said both athletes just loved the game.  “The thing about Johnny was the consistency. Every day you could see just how much he wanted to be there. There was never a training session off — it was the same thing with Vanessa.”

Even after emerging as a star overseas, David hasn’t forgotten the impact his former coaches had on his game.

“Joe helped us a lot,” David told Ottawa Sports Pages. “It was a good program he set up, with good players. And he’d bring other coaches to help us, too, really high-quality coaches who would come from England, for example. The program definitely helped me a lot.”

It has been a stratospheric time for Canadian soccer, with the Women’s national team — including David’s fellow Louis Riel product Gilles — winning a gold medal in the 2020 Tokyo Olympics.

Fournier attributes much of the rise of soccer in Canada to the diversity of talents coming from all over the world. “In the past, we were always at the mercy of how the Brits were playing the game — very physical and direct. But now, with different people coming in, we’re seeing different ways to see the game — which is creating a Canadian soccer culture. The way the English were imposing their style was not working.”

“The biggest thing I’ve noticed since I started has been the passion for the game. Kids used to show up at soccer practice and talk about the Leafs game. At some point they started talking about the premier league.”

Former youth coach and player Owain Evans said he remembers when the only hope a Canadian soccer player would have for high-level success came from going overseas as early as possible. He recalls from the middle of the 2000s, “at 11 or 12, I was going over to Sunderland and West Ham to train and try out, which is ridiculously young. But it was so normal. The ways to get in here weren’t taken seriously.”

Former youth coach Chris Biagini has noticed a similar shift. “The biggest thing I’ve noticed since I started,” he said, “has been the passion for the game. Kids used to show up at soccer practice and talk about the Leafs game. At some point they started talking about the premier league.”

Canada last qualified for the World Cup in 1986, when they lost all three matches and failed to score a goal.

Fournier doesn’t know how Canada will fare at the World Cup, but he’s confident about the game’s development in Ottawa.

“I think for Canada it’s going to be really hard to top the year they’ve had — making the World Cup is like winning the championship in any other sport. Though, I think here in Ottawa, we’ve got nothing to be envious about with other cities.”

Climate change may melt the dreams of ski resort operators in Ontario and Quebec, study shows