6 days ago 0 3 min read
We use cookies to provide a personalized experience for our users. By continuing to browse this site, you give consent for cookies to be used.
Got it!
Home > Transportation > Ottawa’s red-light camera violations dropped in 2020 but more locations are coming 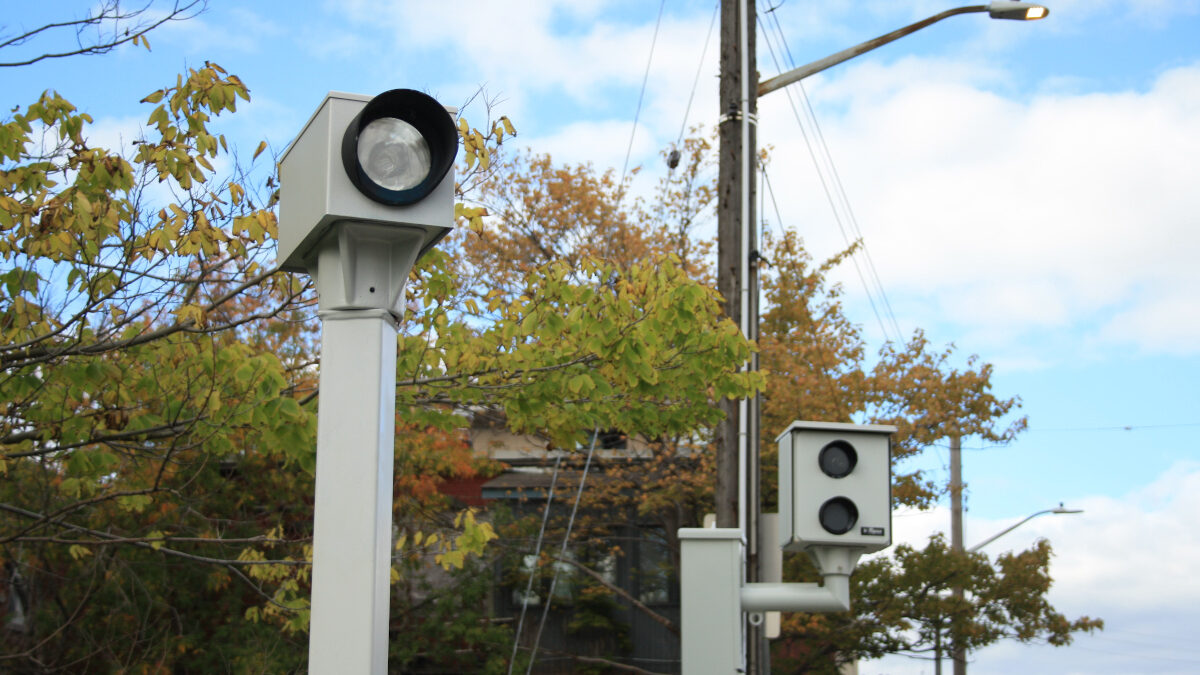 By David Greenwood and Rachel Fiset, 7 months ago 0 5 min read

While the number of red-light camera violations dropped by more than 15 per cent in 2020 compared with 2019, some residents say they still see plenty of unsafe driving around monitored intersections despite increased numbers of cameras.

The program, which began in 2001 with seven red-light cameras throughout the city, had expanded to 67 cameras by October 2021 on an annual budget of just over $2.7 million. The cameras are installed at intersections based on collision data, which is reviewed annually.

The funds cover the cost of installation, maintenance and operation of cameras. "Funding for the red light cameras comes solely from the City of Ottawa,” said Phil Landry, the city's director of traffic services in a recent email.

Eventually the Red-Light Camera Program expansion is on track to install 84 cameras.

Knowledge and awareness of red-light cameras reduces the risk of aggressive driving, according to the City of Ottawa.

“Red light cameras have led to a reduction of more than 50 per cent in dangerous right angle collisions, as well as an overall decrease of 43 percent in injuries," Ottawa Mayor Jim Watson says.

The 15 per cent drop in 2020 is likely the result of fewer drivers on the road because of work-from-home and other measures related to the COVID-19 pandemic.

One of the largest spikes in red-light camera violations occurred from 2017 to 2018. The city installed only seven new cameras within the year, while violations jumped from about 26,000 to more than 41,000.

Red-light camera fines are $260, plus a $5 service fee and a $60 victim surcharge paid to the province. Motorists can expect to pay $325 per violation. At that cost, the 42,578 violations in Ottawa in 2019 generated an estimated $13 million dollars in total fines.

The city gets about 75 per cent of the fine revenue from its streets.

However, a 2011 article by the Toronto Star revealed that rear-end collisions were reduced at intersections in Toronto with red-light cameras compared to those without.

A map of red-light cameras in Ottawa. Green icons represent cameras installed after 2019.

Gabrielle Dore, a 20-year old Carleton University student, who lives beside the intersection of Heron and Bank, says the biggest issues she has noticed are people turning when they’re not supposed to and drivers becoming more aggressive on the roads.

“Lately, I’ve been cut off at a lot of lights, like people needing to get into a turn lane or turning right in front of the light. So I always get super nervous and I’ll slow down quite a bit before approaching the light,” Dore said.

Although Dore said that some drivers do ignore red lights, she does believe the cameras work and supports the city's plans to add more cameras.

“At least they keep me doing what I’m supposed to do. Or make me nervous enough to do my best,” said Dore.

Nanji Basayara, a 23-year old who also attends Carleton University, also finds drivers to be fairly aggressive, but isn't sure if red-light cameras are efficient enough.

“Even at night when you do not need to rush, I see people rushing definitely.”

“I don’t see a lot of accidents, but I do see people and cars crossing streets even when it’s a red light,” said Basayara, who lives near the intersection of Walkley Road and Bank Street. “Even pedestrians, they walk right in the way when the light is red.”

The City of Ottawa’s automated speed enforcement website says that the red-light cameras do not detect or photograph pedestrians or cyclists when they run a red light.

Although cyclists are subject to the same traffic signals and rules as other motor vehicles, there is no way to identify a cyclist based on their photograph.

Basayara, who takes the OC Transpo buses most of the time, said that even though she doesn’t walk or drive anywhere frequently, the lack of people following the rules of traffic lights makes her nervous.

Dore also commented on the safety of the streets and said that people need to do better at following the rules of traffic lights.

“People should just always be careful because [the red-lights] are there for the best interests of people, like they're there to keep people safe. So regardless if there is or there isn't a camera, you should still be doing your best to follow the law and always be safe while you're driving.”