4 days ago 0 2 min read
We use cookies to provide a personalized experience for our users. By continuing to browse this site, you give consent for cookies to be used.
Got it!
Home > Sports > Ravens and Huskies claim national titles in first-ever combined U Sports Final 8 tournaments 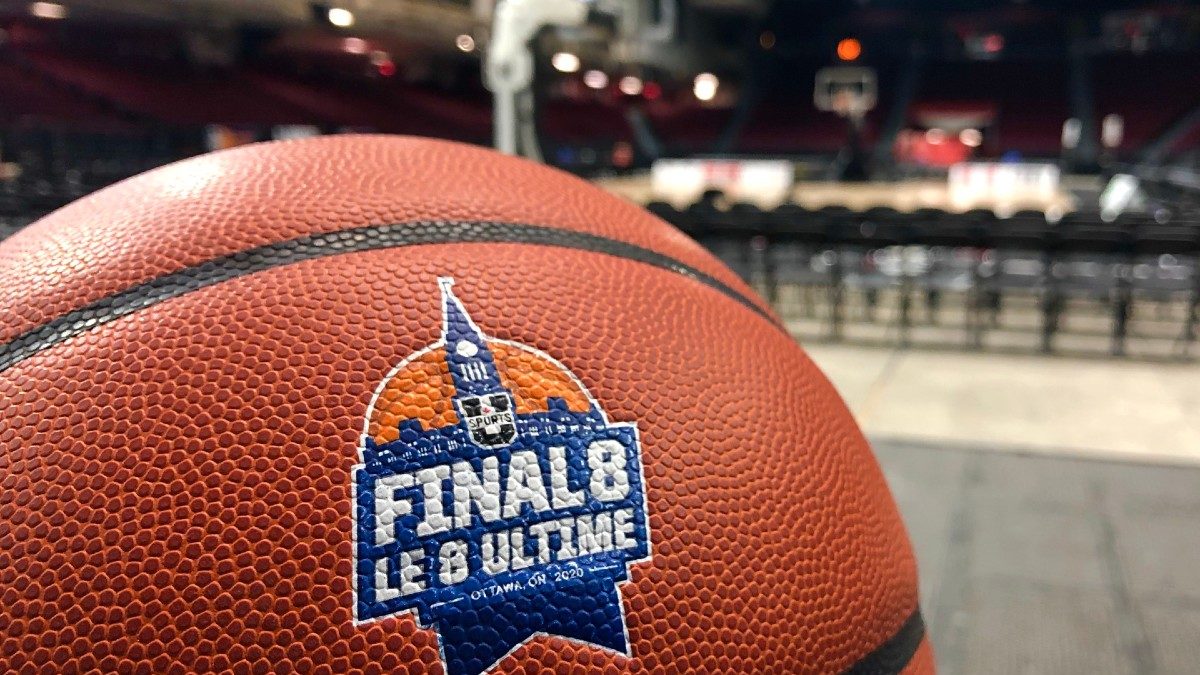 Carleton University, the University of Ottawa and OSEG hosted the 2020 U Sports Final 8 at TD Place. [Photo © Emily Wilson]
Basketball

And history was made. But not just about the teams who came away with the titles, the University of Saskatchewan Huskies women and Carleton’s men’s team with their 15th title.

It was the first time in Canadian university sports history that both the men’s and women’s tournaments were hosted in the same venue and also the first time it was supported by a joint bid.

According to a U Sports press release, basketball is one of the organizations “most prestigious championships” and the joint bid from all three parties was innovative.

“This bid was identified as an innovative approach for a sport enjoying tremendous success at both the grassroots and high-performance levels across Canada,” read the release.

Having hosting responsibility meant 16 different teams from across Canada travelled to the Canadian capital for a chance to walk away with the national title.

Initial planning for the tournament started back in 2018 after the bid was accepted and a hosting committee was then established with duties being divided between uOttawa, Carleton and OSEG.

According to Mitchell Dick, assistant manager of communications and marketing at Carleton, balancing responsibilities while also keeping up with all 16 visiting teams was difficult.

“We’ve had, you know, four days of competition, there’s 22 games in those four days. So it’s it, there’s a lot of moving parts,” he said.

“So it is difficult, yes, but we were able to get it done. I think we executed very, very well … it’s a lengthy process and there’s a lot of moving parts, a lot of timelines and a lot of communication that has to happen. So I’m really happy with the way the process went and how it turned out.”

In addition to the long schedule, both the men’s and women’s games were split between the Ravens Nest and TD Place giving students, local fans as well as travelling supporters an atmosphere like no other.

The tournament presented itself as a preview to the upcoming inaugural season of the Ottawa Blackjacks — the Canadian Elite Basketball League’s newest franchise – which is set to hit the court at TD Place on May 14.

This year, the top-seeded teams in both the women’s and men’s bracket went on to claim the title.

The women’s final pitted the Brock University Badgers against the University of Saskatchewan Huskies with the team from the Prairies coming out on top 82-64. This is the Huskies’ second national title.

After the gold medal game, Huskies head coach Lisa Thomaidis said her team was in the best form they could be heading into the tournament.

“We really played our best basketball at the right time. And we really peaked at this tournament and I thought we played really unselfish, quality, basketball,” said Thomaidis.

“We’re a city of less than 250,000 people in the middle of the prairies and who would guess that we can be a basketball hot-bed you know? And to have this kind of success really says a lot.”

In the men’s final, the hometown Carleton Ravens had to come from behind against the Dalhousie University Tigers to win their 15th national title in 18 seasons.

Despite being down after the third quarter, the Ravens were able to get themselves back in the game with a big push in the fourth.

The game was tied 65-65 when Raven Munis Tutu hit a three-pointer to make it 68-65 with 1:17 remaining in the game. From then on out, Carleton never looked back and finished with a 74-65 victory.

“I remember winning the first national championship in 2002-2003 and finally got to that pinnacle. I remember telling Dave [Smart], ‘you know what, we got a ring.’ I was like, ‘Man, we’re never getting one of these again, you know, it’s so difficult.’ And here we are years later now at 15.”

IN THE NEWS: Monday, March 9