2 weeks ago 0 9 min read
We use cookies to provide a personalized experience for our users. By continuing to browse this site, you give consent for cookies to be used.
Got it!
Home > Life > Soft news is big news: So-called ‘feminine’ subjects have major cultural and economic impacts — whether you care or not 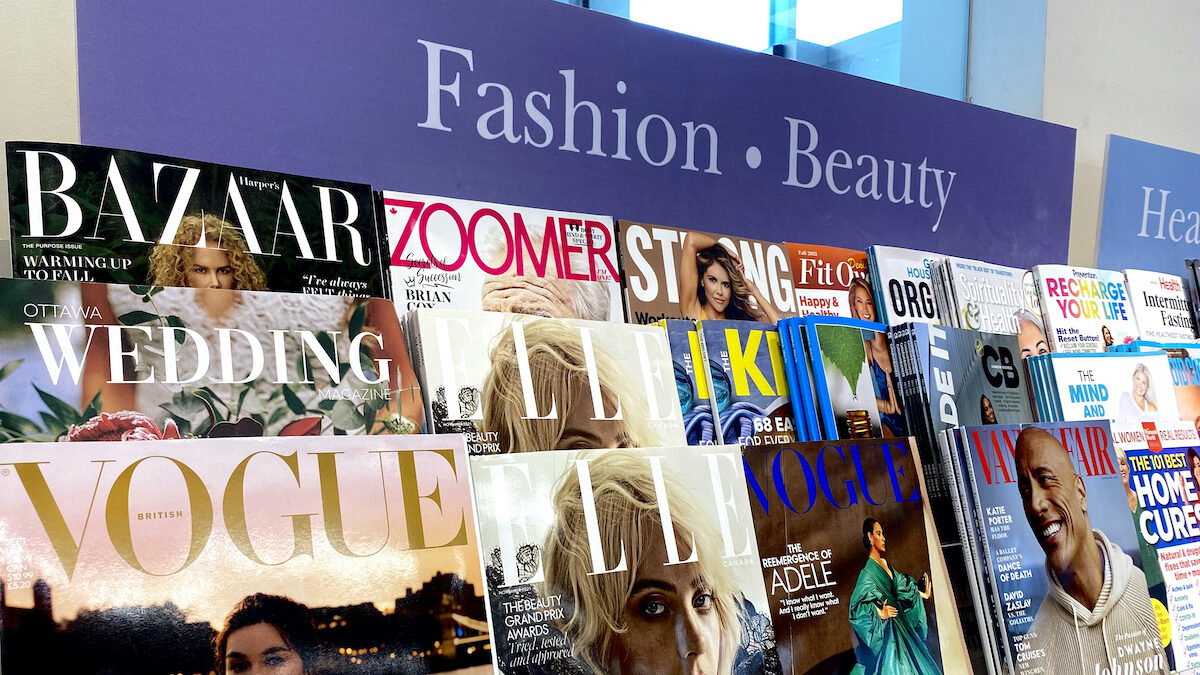 Soft news is big news: So-called ‘feminine’ subjects have major cultural and economic impacts — whether you care or not

It’s taken me a while to figure out exactly how to express my thoughts on this matter, mainly because I’ve been paranoid that my stance would be seen as foolish. However, I think that’s exactly why it needs to be said: soft, traditionally “feminine” news — just like hard news — has an important function in society, and it’s time it earned more respect.

While scrolling through the latest news on reality stars or fashion trends may seem like a waste of time to some, it’s a genuine interest for many and has several implications for how we operate as a society. “Real” news that covers social issues, politics and tragedies is of utmost importance, of course, so my goal here isn’t to belittle that. However, as a young journalist hoping to venture into beauty, fashion and entertainment reporting, it’s incredibly frustrating to constantly read and hear news consumers bashing the exact beats I love reporting on.

From “Who cares about this?” to “There are more important things to talk about,” I see people quickly dismissing articles covering trends in fashion or beauty and the latest celebrity news and gossip.

On the surface, these topics may not seem newsworthy. But they actually hold great power in our economy and in our culture, and dismissing them as useless is rooted in misogyny.

Gossip has been closely tied to women for centuries, though people who aren’t women often admit it’s their guilty pleasure. Humans want to learn about one another; it’s common (and normal) to talk about or listen to people discuss what’s going on in someone’s life.

The history of gossip caught the attention of VICE News in 2018. Within the coverage, the documentary outlined what is known as the Dunbar theory on gossip’s evolution. It’s named for Robin Dunbar, an anthropologist and evolutionary psychologist from the University of Oxford. He suggests gossip is a form of bonding among close friends and family. Dunbar proposes that, in the past, gossip was a necessity as humans began living in larger communities because it set social norms. People were (and continue to be) stamped with behaviour-dependent reputations, helping others avoid the negative impacts certain actions may have.

Despite its role for our ancestors as a way to survive and avoid potential threats, gossip has traditionally been viewed as a petty activity in which women take part. In the past, several female victims were forced to wear iron muzzles called “scold’s bridles” or a “gossip’s bridle” to prevent them from talking by compressing their tongues with a small spike. The idea that women hate each other but can’t stop talking about one another continues today, not only disparaging our gender but undercutting the meaning and value that soft news has.

From setting beauty standards to directly impacting the economy, pieces on celebrities and fashion have major implications for the way we live. A 2014 study by the Today Show and aol.com found that 80 per cent of teenage girls compare themselves to female celebrities they see online. These comparisons have often led to negative self-perception and insecurities. Stories and photos fixated on women’s appearances have pushed many into developing eating disorders to fit societal standards.

However, there’s been a shift. Feminine magazine covers that once routinely featured headlines on how to lose weight and look more like a perfectly proportioned celebrity are now promoting healthy lifestyles without the mention of fad diets, and platforming individuals from marginalized groups as cover models. Images of these women can be empowering to young people who have been convinced that traditional European beauty standards are the only ones that matter. In terms of diet crazes, healthy living is still promoted, but it’s intertwined with promotion of the body positivity movement that encourages people to love the bodies they’re born with rather than craving the thin frame of a ’90s model or Kardashian curves.

And it’s not like the audiences of feminine magazines are small, either. On Instagram alone, well-known publications have amassed enormous followings: Entertainment Tonight has 2.7 million followers; ELLE has 5.8 million; E! News has 18.6 million and Vogue’s got a whopping 35.8 million. When compared to the Instagram accounts of traditional hard news outlets like CNN (16.2 million followers) and NBC News (3.1 million), beauty and celebrity gossip are clearly intriguing to millions. There’s a demand for stories within those beats, and they clearly have economic value for journalism — and, like hard news, deserve respect.

Through a business lens, celebrities exert an exceptional amount of influence on individuals across society, regardless of their age. Socialite Kylie Jenner tweeted about no longer enjoying Snapchat and single-handedly wiped out $1.3 billion of market value from the shares of Snapchat’s parent company, Snap. Given her influence, it’s valid that she’s a public figure who will be reported on; simply put, people care about Jenner’s life. If they didn’t, she wouldn’t be a public figure.

The same sentiment applies for celebrities who pop up in the news for being in a new relationship or because of their latest scandal. Once again, people care. What they wear, who they’re seen with, and how they act ultimately contributes to social standards of morality, class and beauty.

And celebrities aren’t the only ones with power in 2021; TikTok and Instagram influencers have the ability to promote and sell out products in 30 seconds, such as Clinique’s viral “Black Honey” lipstick earlier this year. Social media figures have the ability to make or break a business, and whether you believe they should have this ability or not, it’s newsworthy either way.

Hard news is notoriously negative — we would lose our minds if it was the only information we consumed. In light of the pandemic, studies have been conducted on “doomscrolling” and the impact of the constant exposure to negative news stories on mental health. Spoiler alert: it’s not great! It can lead to increased distress, anxiety and depression, even going as far as causing symptoms of post-traumatic stress disorder in some cases. Soft news about less destructive topics balances this consumption of negativity and gives us a break from reading about tragedies.

Not only is soft news beneficial for our mental health, but it has played a massive role in boosting the representation of marginalized groups in mainstream media. In 1968, Glamour was the first American fashion magazine to feature a Black woman on its cover, plastering Harvard freshman Katiti Kironde on magazine racks across the country. Pieces on queer and race issues have increased tremendously in recent years among magazines such as Cosmopolitan and Teen Vogue, further amplifying the voices of those left silenced for centuries. Traditionally feminine news may be delivered in a softer, quieter way, but it serves important social and economic functions.

To be real with you, I’m tired of defending my reporting interests because they’re more feminine. My university’s journalism program doesn’t even offer internships at women’s magazines, and though many of my professors support the topics I write about, I often feel like my dreams of working in entertainment, fashion and beauty are unsupported. Soft news and feminine issues shouldn’t be dismissed as unimportant just because they’re “for women.” Anyone can consume and learn from it if they have an open mind. It’s greatly beneficial for your mental well-being to take small breaks from solely consuming hard news; and besides, whether you love it or hate it, soft news is still news.

Pet power: My pandemic puppy kept me afloat during a time of loss