4 days ago 0 4 min read
We use cookies to provide a personalized experience for our users. By continuing to browse this site, you give consent for cookies to be used.
Got it!
Home > Politics > Thousands of Brazilians in Canada cast ballots in a ‘moment of hope’ election 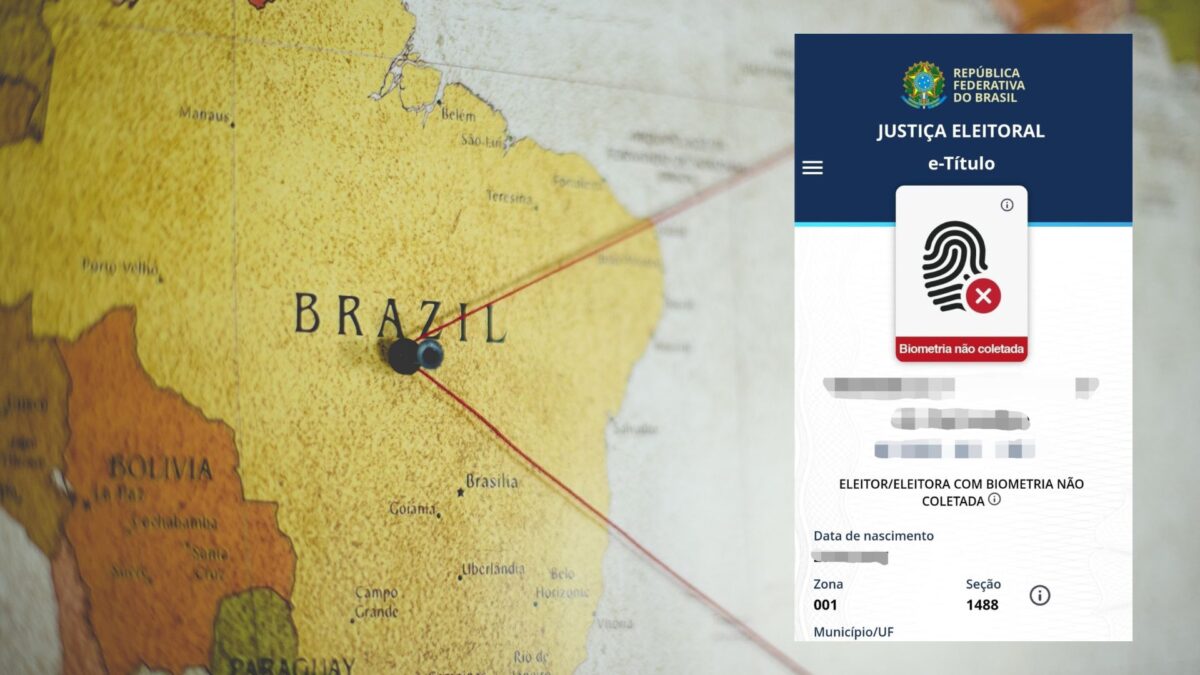 Map of Brazil next to a cellphone demonstrating the Brazilian online voting card. Map image by wirestock from Freepik, cellphone picture by Veronica Carvalho
Canada

Thousands of Brazilian expatriates in Canada are voting on Sunday — in Ottawa and other major Canadian cities — to choose their home nation’s next president in what’s being described as a watershed election for Brazil.

On Oct. 2, millions voted in the first round of the Brazilian 2022 presidential election. In Ottawa, residents with Brazilian citizenship voted at the embassy on Wilbrod Street in Sandy Hill — where they can go again to cast ballots in Sunday’s runoff.

Polls for expats have been available in 181 cities outside of Brazil during the current election season, according to the the Brazilian Superior Electoral Court. They were limited to large metropolitan areas in Canada, such as Toronto, Montreal and Ottawa, other major urban centres elsewhere, such as Paris, London and New York City.

BBC News Brasil says 697,000 Brazilians outside of the country were registered to vote. There are about 120,000 in Canada.

For Brazilian citizens between 18 and 70, regardless of time spent abroad, it is compulsory to vote. If they do not vote there is a financial penalty. Although the fee only amounts to about $3.50 reals (less than one Canadian dollar), it can become a bureaucratic burden if unpaid. According to BBC News Brasil, there was a nearly 40 per cent increase in votes placed internationally in the first round of the presidential election compared with the general election in 2018.

The runoff round is a battle between the conservative Bolsonaro and socialist Lula da Silva, popularly known as Lula. In the first round of voting, Lula finished on top with 48.4 per cent popular support (about 57.2 million votes), ahead of Bolsonaro at 43.2 per cent (51 million votes) and nine other presidential candidates.

There has been speculation about a possible coup being organized by Bolsonaro to maintain power if he should lose the Oct. 30 vote. But it’s doubtful that Bolsonaro has support among the high-ranking officials in the military, according to Jean Daudelin, an associate professor of international affairs at Carleton University.

“Bolsonaro is the party of chaos, and on the other side there is the economic elites, who think that with Bolsonaro in power their interests will be better protected,” said Daudelin. “And he is an agent of chaos. The same thing for the military. What is the political base of Bolsonaro among the military and the police? It’s the praças, the soldados — officers and soldiers — these guys have no respect for the generals and so on. In fact, Bolsonaro has no respect for the generals.”

Daudelin said he’s been following the election very closely as Bolsonaro, president since 2019, and Lula — leader of the left-wing Workers’ Party (PT) and Brazil’s president from 2003-2010 — fight to lead the country for the next four years.

He said “a lot of people don’t want Lula back” in power because of his former government’s string of corruption scandals.

Daudelin, however, says the Bolsonaro government has also been plagued by controversy. Daudelin expects that a Bolsonaro win would lead to a packed senate with changes in the constitution to suit him and his agenda obtained through vote buying. The Carleton professor said corruption scandals have been faced by many ex-presidents in Brazil, including Lula, who faced the Operação Lava Jato scandal — the “Operation Car Wash” investigation into alleged corruption.

Toronto has the largest population of Brazilian citizens. Just ahead of the Oct. 2 vote, officials changed the location of the polling station to the Beanfield Centre at Exhibition Place to accommodate increased demand compared to previous elections. Voters waited in lines for more than three hours to cast their ballots.

Malu Cascelli moved to Toronto from Brazil in April 2022. Cascelli said this election is critical and will affect the lives of millions of people in the South American country.

“I’m against everything the current government stands for,” she said, adding that the election is “a moment of hope” for Brazil — a chance to help ignite change in the leadership of the country. “The last four years were really dark times for the country, where prejudice, hate and poverty increased,” said Cascelli.

Despite living in Canada, Cascelli said, she sees her vote as a commitment to her home country, which she loves dearly. The hope of building a better country for her family and friends drives her decision. Cascelli recognizes that not all Brazilian emigrants have the same vision, but Cascelli says Brazil is a part of her.

“The richness and diversity of the culture, the people and the places. … I grew up and lived 26 years of my life there. I have a strong emotional connection to the country and so I want to see it prosper,” she said.

Cascelli said she recognizes that the election won’t affect her life in Canada directly, her job, housing, health care and education. But she emphasizes that it will have an emotional impact. She says the results could lead her community to have four more years of struggles, difficulties and fear that will take a toll on her mental and emotional health.

‘I’m against everything the current government stands for. … The last four years were really dark times for the country, where prejudice, hate and poverty increased.’

“I am still very connected with people there. Their safety, health and daily lives impact my well being,” she said. “I want Brazil to continue to be the diverse, resilient and warm country I grew up in for everybody that is still there,” adding that “changing its leadership is a crucial way to defend what I love about the country.”

Itamar Gomes is a Brazilian living in Ottawa and has a different take on the compulsory voting laws. Gomes has been living in Canada for three years and says he does not see the reason behind voting in the Brazilian election, and compares it to “having a divorce and still wanting to have a say on your ex’s home.”

Despite his position on voting for a president of a country you’re not living in, Gomes said he did participate in the 2022 election.

The result of the presidential run-off election will be announced on Halloween.