2 weeks ago 0 1 min read
We use cookies to provide a personalized experience for our users. By continuing to browse this site, you give consent for cookies to be used.
Got it!
Home > News > Canada > Ontario > University students and faculty call on Ontario government for adequate funding and support 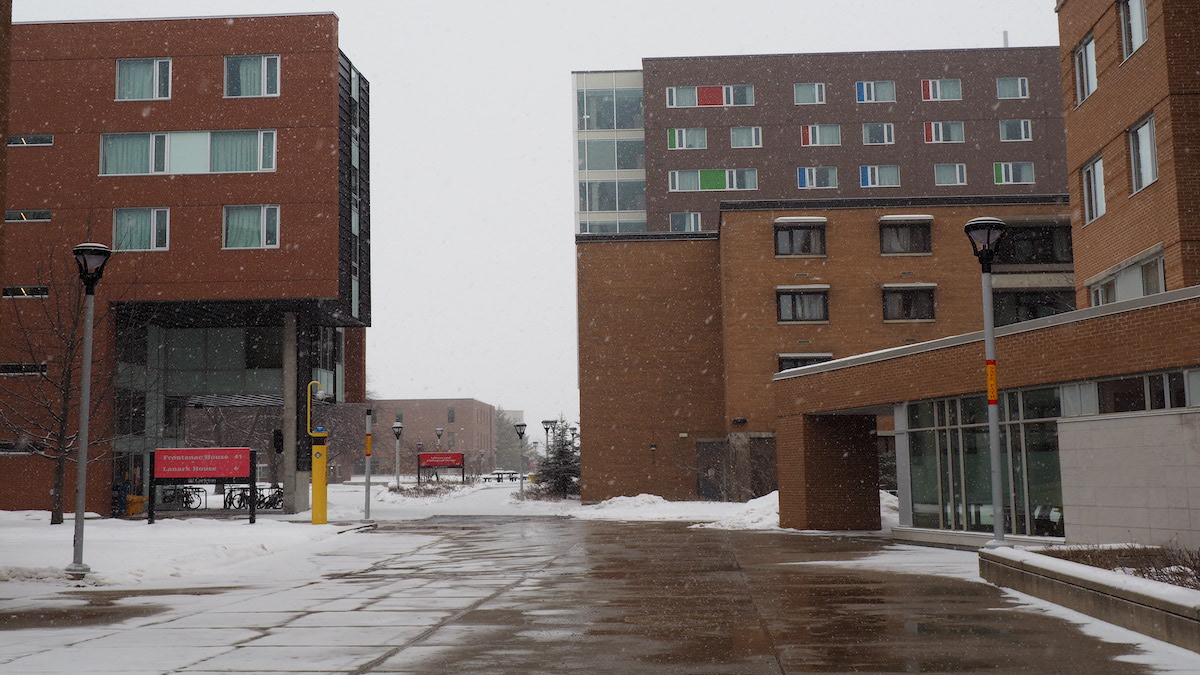 Campuses across the province, including Carleton University, remain quiet this school year as learning continues to be held online. [Photo © Brynn Brieda]
Education

By Brynn Brieda and Emma Jackson, 2 years ago 0 4 min read

The difficulties of remote learning caused by the pandemic are leading university students and faculty to request more funding and support from the provincial government.

According to a recent survey by the Ontario Confederation of University Faculty Associations (OCUFA), most Ontario university students and faculty feel the adjustments to online course delivery have hurt the quality of students’ educational experience.

“Overall, I do not feel as though I have actually learned anything but am instead coasting along trying to stay afloat,” said Cody Ellis, a third-year psychology student at Brock University.


Students identified a number of reasons for their concerns, including lack of communication with instructors, difficulty focusing on school work without access to campus and what they described as poor teaching of material.

“Students feel isolated. They have less access to their professors or TA’s because they’re also being overworked and underpaid during the pandemic,” said Kayla Weiler, the national executive representative of the Canadian Federation of Students and recent University of Guelph graduate. “Students feel they’re teaching themselves the content.”

Tony Bates, a research associate with Contact North, Ontario’s distance education and training network, says this is not how online teaching is supposed to be done. However, he said the current level of education students are receiving is almost certainly better than students losing an academic year.

“COVID-19 is a lost year for many students. Nevertheless, without online learning, the loss would have been much greater. Most instructors have done a fantastic job, under the circumstances,” said Bates.

Many faculty members are not faring much better than their students. The survey found that 63 per cent of faculty members feel online learning has negatively impacted their ability to support and teach students adequately.

“Above all, instructors will need training in not just online learning, but how to teach effectively in a digital age,” said Bates. “Subject expertise is no longer enough.”

And according to Rahul Sapra, president of OCUFA, students shouldn’t be quick to blame their professors for the decline in the quality of their education. Instead, he points to a poor educational funding record by the Ontario government.

Ontario has among the lowest funding levels per post-secondary student in Canada. As of 2018, the province’s funding for each university student was 37 per cent lower than the average for the rest of Canada.

“COVID-19 has highlighted the government’s lack of concern for post-secondary education and (how it) has not been providing the required funding,” said Sapra.

Advocates for students and faculty, such as Sapra and Weiler, believe more funding would allow schools to improve online delivery.

Additionally, increased funding could also reduce tuition costs, addressing a large concern for many Ontario students during the pandemic.

In the OCUFA study, 53 per cent of students say COVID-19 has made it more difficult to pay tuition fees.

Ontario is among the upper tier of average undergraduate tuition costs in Canada with the third highest annual tuition in the country this year. According to Statistics Canada, the average annual tuition cost at an Ontario university is more than $1,000 above the national average.

“A lot of students are so stressed about tuition, many saying that their tuition has had a major impact on their financial situation and they feel like they’re paying more but getting less in terms of the quality of their education,” said Weiler.

Sapra said he also disagrees with the lack of consultation with faculty and students provided by the Ontario government and university administration when moving online.

As a representative of the 500,000 university students in Ontario, Weiler says that students’ opinions need to be considered when moving forward on how online learning is conducted.

“I think this is kind of a wake up call,” Weiler said. “Administrations and the government need to listen to students and faculty because we have true and honest experiences of online learning. Some of the lessons we can learn from this — we need more funding, and we need more support.”