2 weeks ago 0 9 min read
We use cookies to provide a personalized experience for our users. By continuing to browse this site, you give consent for cookies to be used.
Got it!
Home > News > Social Issues > A system turned upside down: Immigration process faces growing backlog during pandemic 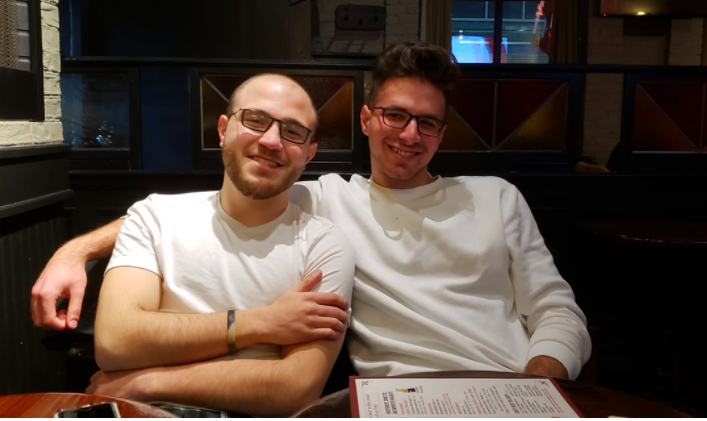 Manar Monzer, right, is seen here with his brother Maara. Manar is trying to bring his family from German to Canada but the process has been slow and complex. [Photo courtesy Manar Monzer]
Canada

By Jodi Gillam and Noor Azrieh, 11 months ago 0 4 min read

The efficiency of processing immigration applications has deteriorated dramatically because of COVID-19, and it is affecting prospective immigrants as well as the future of the Canadian immigration system.

Schools and shopping malls were not the only services that shut down in March, 2020. Immigration and Refugee offices have sat vacant and borders have been closed, says NDP immigration critic Jenny Kwan. As applications pile up, there has been virtually no progress in processing them at Immigration, Refugees and Citizenship Canada (IRCC), she says.

Canada has historically been a beacon for those fleeing persecution or wanting a better chance at life, says Chantal Desloges, a lawyer based in Toronto at Desloges Law Group Professional Corporation, specializing in immigration and refugee law.

There are damaging effects to a crippled system, says Kwan. People rely on the Canadian immigration system, and right now that system is failing them, says Kwan.

Manar Monzer, a 23-year-old Syrian refugee, says his immigration to Canada was life-saving. “Since the war started in my country, my family and I were always in danger. When my older brother turned 18, it meant he was required to join the army where he would most likely not survive, so my family moved to Germany and I came to Canada,” says Monzer.

“Thank god I was accepted,” he says.

Now, Monzer is trying to bring the rest of his family to Canada. But the pandemic has slowed everything down, he says.

Monzer’s family in Germany is now considered “non-essential refugees,” says Monzer. Because his family is not in danger, he needs to prove he can support them if the family is to be reunited. To do that he needs to make more than $40,000 a year. Monzer says he is not close to that yet, so he is looking for sponsors for his family but says he is having a hard time getting in contact with anybody who can help.

She can barely make ends meet in Lebanon. “The value of the Lebanese pound is worth close to nothing. To take the French proficiency exam it costs three months of my salary where I am employed at a full-time rate.”

Mouraine says she’s desperate and will go anywhere to live life with dignity. “We know Canada accepts people, helps people, and needs people. That is what Canada is all about.”

The NDP’s Kwan is skeptical.

“The immigration system has been turned upside down because of this pandemic. Applications are not being processed. … The government needs to step it up,” she said.

Meanwhile, immigration application backlogs are growing exponentially. In the second wave of COVID-19, Immigration Minister Marco Mendicino introduced a record-breaking immigration plan for the years 2021-23 in Parliament on Oct. 30. According to the plan, Canada will welcome more than 1.2 million immigrants, because “now, it’s simply vital,” Mendicino says.

In an interview with TVO, Mendicino said IRCC is trying to cope with the issues caused by the pandemic.

“We are innovating at quantum speeds,” he said. “We have created new policies that allow people into the country in a matter that is safe.”

Kwan says these new immigration numbers are an impossible goal if we don’t re-examine the resources at the IRCC.

Many public servants didn’t even have a laptop when COVID-19 first hit, said Desloges.

“How do you work for the government but lack the tools to respond to such an event?”

In the News: Tuesday, March 2