2 weeks ago 0 1 min read
We use cookies to provide a personalized experience for our users. By continuing to browse this site, you give consent for cookies to be used.
Got it!
Home > Arts & Culture > Theatre > Anastasia’s journey: Musical offers a much needed message of hope and courage 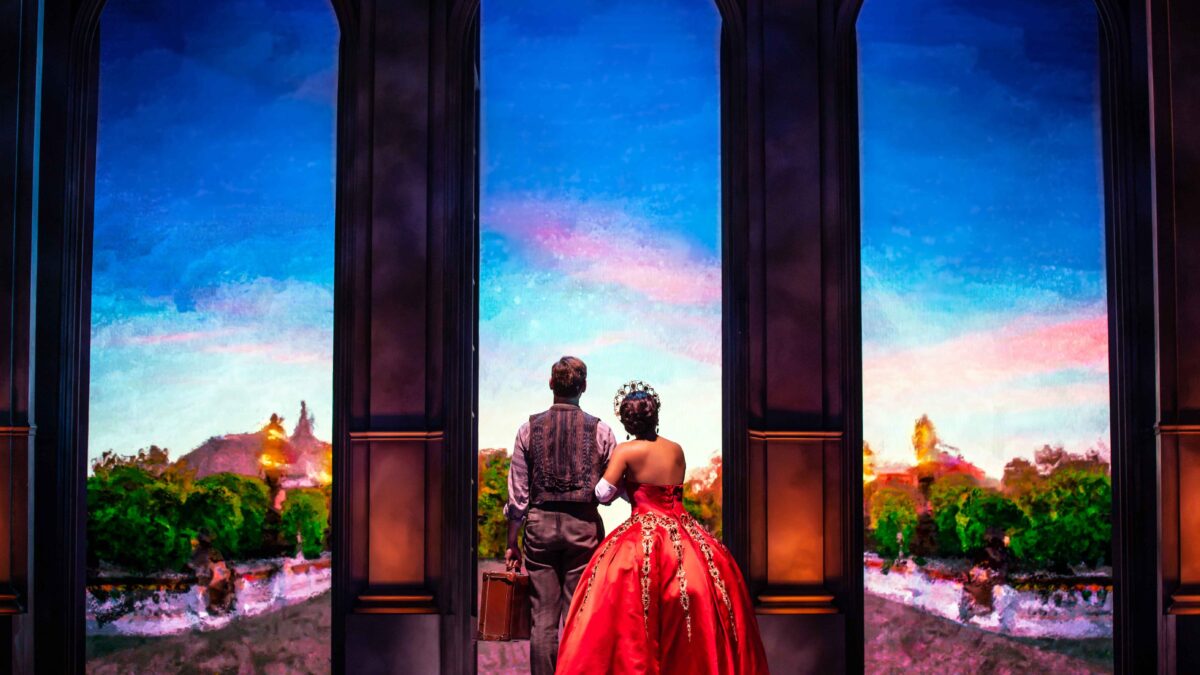 Anastasia’s journey: Musical offers a much needed message of hope and courage

Let’s take a trip down memory lane, back to the fairy tales of childhood.

A lost princess journeys to the past to discover her future. She searches and sings, yearning to escape a harsh reality and recapture the glory of another time.

If you were ever into musicals and dreams of royalty, chances are you watched Anastasia — the 1997 family-friendly blockbuster from Fox Animation Studios.

The classic tale is back thanks to Broadway Across Canada’s six-day run of performances of Anastasia the musical at the National Arts Centre. The show closes Sept. 4.

The original film is loosely based on the Romanov family of Russia, the imperial rulers of the country who were killed in 1918 after being ousted from their palace during the Russian Revolution. In reality, no one from the family survived, but a popular myth persisted that one child — the princess Anastasia — had escaped the executioners.

In movies, and subsequently the musical, Anastasia is alive but suffering from amnesia. The makers of the film and the stage production take many creative liberties in telling her story.

As someone who watched and loved Anastasia as a child, I was excited to attend the musical when it opened at the NAC on Aug. 30. The show did not disappoint. The production was effective and not too overwhelming, with three big screens projecting landscapes and other backgrounds, setting the scene for the musical.

What stood out most was the destruction of the royal palace. The lights, sound and projections all combined to deliver the impact of the terror and the devastation the Romanovs experienced.

The flashes, a glowing red background, the sound of glass breaking with each explosion and the deafening blasts all made the scene more impactful. The change of lights from royal purple to bright red signalled the impending danger.

The choreography and dancers were mesmerizing. There is a thread following the dancing in the Romanov castle, full of elegance and joy, and the faint echoes of that spirit when the exiled aristocrats would relive the glory days of the Russian monarchy.

The cast was excellent. Their vocals were powerful, effectively conveying their characters’ emotions. The best were Madeline Raube (playing Countess Lily) and Bryan Seastrom (playing Vlad). Both did a wonderful job in showing the playful side of their characters as well as the changing tone of the story through their gestures and dancing.

Overall, the musical brought the magic and excitement of the animated original story to the stage.

I went to the musical knowing about certain changes to the storyline. The two big ones were the villain of the story and the relationship between the con man Dmitry and Anastasia. In the movie, the evil Rasputin curses the Romanov family, then sells his soul for power, kickstarting the Russian Revolution and dooming the Romanovs.

In the musical, the central villain is now the Bolshevik general Gleb Vaganov, who pursues the young woman who is pretending to be Anastasia after being groomed by the con men.

I liked the addition of Gleb as the villain. Ben Edquist (playing Gleb) showed the struggle within the character with great talent. Gleb originally had great faith in the revolution, but it’s later revealed that he has been traumatized by the death of the royal children, but continues with the revolution for his father, one the soldiers who killed the Romanovs.

His love for Anastasia makes him doubt his conviction in the revolution even more, causing him to lie to his superiors in the end.

The complexity of Gleb adds a lot more to the story, making it realistic. On the other hand, the relationship between Dimitry and Anastasia was downgraded in the musical.

In the movie, Dimitry is Anastasia’s saviour. In the musical, he is a random boy who bowed to her in a parade. The movie version made the relationship between the two more dynamic and emotional for Dimitry, while in the musical, that impact is lost. Still, overall, the musical held up to expectations.

Anastasia had to regain her memory to be able to move forward in her life with confidence. She had to rediscover who she is to find out who she wants to be. After recovering her identity, she did not stay mired in the past; she moved toward a brighter future with determination. The same emotional journey happens to her grandmother, who stops clinging onto what could have been.

This story is more important now than ever. In the age of COVID-19, it is easy to yearn for how things were before. The world has changed and it can be hard to accept. The story of Anastasia shows it’s not wrong to look to the past, but it’s important not to dwell on it — and to move forward into the future with hope and courage.

I would recommend this musical for fans of the original Anastasia, and to anyone who likes a nostalgic story with fantastic costumes, a powerful score and compelling performances.

IN THE NEWS: Wednesday, September 14

The CNE is back and packed with happy patrons enjoying the food, the fun and the fair