3 days ago 0 4 min read
We use cookies to provide a personalized experience for our users. By continuing to browse this site, you give consent for cookies to be used.
Got it!
Home > News > Ottawa > Canada’s pledge to cut methane emissions at COP26 offers hope despite the country’s history of missed targets 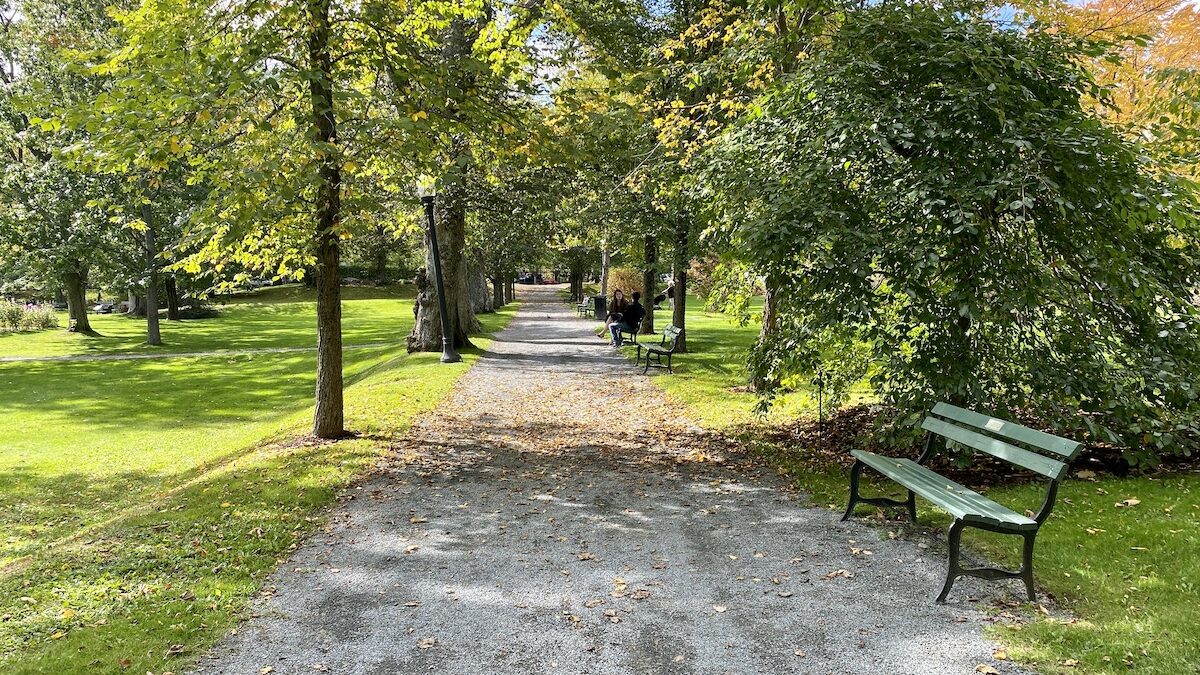 Canada announced its main climate pledge ahead of the UN's Summit on Climate Change in Glasgow, known as COP26. The international conference continues until Nov. 12. Surveys show that Canadians want governments at all levels to do more to reduce greenhouse gas emissions and protect the natural world — and human communities — from the impacts of extreme weather and climate change effects. [Photo © Amy Thompson]
Canada

Canada backed out of the Kyoto Protocol, failed to reach Copenhagen Accord targets and has had a rocky relationship with the goals set at the Paris Agreement. But government officials say Canada is determined to right its wrongs. at the 26th UN Climate Change Conference of the Parties (COP26) in Glasgow, which began Oct. 12 and runs until Nov. 12.

To that end, Canada told the 26th UN Climate Change Conference of the Parties (COP26) in Glasgow, on Oct. 11 this country would be the first to support the Global Methane Pledge, which aims to reduce global methane emissions by 30 per cent below 2020 levels by 2030.

Methane is one of the easiest and cheapest emissions to reduce. It represents 17 per cent of global greenhouse gas emissions from human activities, mainly contributed by the energy, agriculture, and waste sectors, according to the Canadian government.

Considering Canada’s record, it might be hard to believe the country will hit these new targets, but Eddy Pérez, international climate diplomacy manager at Climate Action Network Canada, said this time, Canada has set realistic goals.

“There’s a feeling of concern (in Canadians) because the inaction from the government – accumulated through years of failure – is actually making the crisis worse.”

Pérez said just because Canada is late, it does not mean change is not possible.

“Canada’s climate performance globally has (been) enhanced,” Pérez said ahead of the Glasgow summit. “We can’t hide the fact that this year, two weeks before COP26 begins, Canada comes forward with a much more credible package than what we had six years ago, before the Paris Agreement was signed.”

“At an international level, having wealthy countries like Canada saying, ‘We’re prepared to do a lot more to deal with this problem,’ helps bring the rest of the world along,” said Keith Stewart, senior energy strategist at Greenpeace Canada.

Despite this, Canada should be doing more, Stewart says. He would like to see a 60-per-cent reduction in greenhouse gases by 2030 to account for the fact that we are one of the wealthiest countries in the world, with some of the highest per capita emissions.

“People often think, ‘Oh, Canada, we’re not that big’, but we’re in the top 10 of historic and current emitters of greenhouse gas emissions. There are 170 other countries that are having less of an impact on the climate than we are, so we really have to step up and do our share,” Stewart said.

Emissions continue to rise rapidly in the oil, gas and transportation industries. Canada’s actions have been very slow in these sectors, hurting the progress made by other industries.

Canadian oil and gas operators plan to expand production and spending, with production set to reach record numbers in upcoming decades, according to a recent report from S&P Global.

To help rectify this, the federal government is increasing the carbon tax from $50 per tonne to $170 by 2030.

The government cannot meet its targets unless there is co-operation from the oil and gas sectors.

In August, a report by the Intergovernmental Panel on Climate Change said, “unless there are immediate, rapid, and large-scale reductions in greenhouse gas emissions, limiting warming to 1.5°C will be beyond reach.”

The panel concluded it is “indisputable” that humans are causing climate change, creating extreme climate events such as heat waves, heavy rainfall and droughts.

“Getting Canadians involved in protecting the environment and learning about sustainable practices has a huge impact for its future,” the office of federal Environment and Climate Change ministry said in an emailed statement before COP26 began. “It’s important for people to be aware and understand climate change, but more importantly start taking actions to address it.”

Canada is already seeing the impacts of climate change, with warmer temperatures, more intense wildfires and more damaging floods hitting the country. The burning of the town of Lytton, B.C. in late June and early July — destroying about 90 per cent of the community’s homes and infrastructure — is now one of the world’s most-discussed case studies of climate change impacts.

Climate change is considered the most pressing issue Canadians face, despite the global COVID-19 pandemic, according to a 2020 study from the Canadian Nuclear Association.

“You almost would have thought that environmental concerns would have completely gone off the table (because of COVID-19)," said John Gorman, CEO and president of the Canadian Nuclear Association. "But, in fact, concern about the environment and recognition that we need to act on addressing climate change remained as a top concern, despite these serious distractions that we had through COVID."

Gorman added: “The world’s populations, including here in Canada, have finally come to recognize that climate change is real, that it’s happening very quickly, and we’re not making progress quickly enough to address its effects."

“(In Ottawa,) we are experiencing shorter winters, less snow, and extreme weather warnings,” said Bisma Zahid, a climate change campaign organizer at Ecology Ottawa. “What is really alarming is the fact that temperatures in Ottawa are expected to rise by 1.8 degrees by 2030.”

Zahid added that climate change can also lead to flooding along the Gatineau, Rideau, and Ottawa rivers, and that hot weather increases conditions for illnesses such as Lyme’s disease and West Nile virus.

On Oct. 19, the City of Ottawa announced it had updated the municipality's Climate Change Master Plan and approved the Better Buildings Ottawa Strategy to retrofit large, privately owned buildings that are causing high greenhouse gas emissions.

The city also announced greenhouse gas emissions generated across Ottawa had decreased by 15 per cent between 2012 and 2020. The city noted that some of the 2020 decrease is likely because of the COVID-19 pandemic. The year saw a 30-per-cent decrease in gasoline usage from the year before.

The city's plans, if implemented successfully, would help contribute to Canada’s emission-reduction targets for 2050.

Still, Zahid said Ottawa should be doing more. Ecology Ottawa is concerned with the city’s lack of progress on advancing energy-evolution projects. Energy evolution is one of the eight priorities listed in the city's Climate Change Master Plan, but the plan is already delayed and at risk because of the COVID-19 pandemic, Zahid said.

In Ottawa and across the country, surveys show that a strong majority Canadians want to see governments doing more to curb the effects of climate change. As advocates point out, Canada is one of the worst global contributors, and climate change is not slowing down.

“Climate change is going to be the major factor reshaping our world, both for humans and the rest of nature, in the next century,” said Stewart. “We can either let those changes happen to us and watch the disasters roll in or do what we can to limit the amount of warming and prepare our communities for those impact we can’t avoid.”