3 days ago 0 2 min read
We use cookies to provide a personalized experience for our users. By continuing to browse this site, you give consent for cookies to be used.
Got it!
Home > News > Social Issues > Building bridges: Indigenous traditions revived through maple syrup production 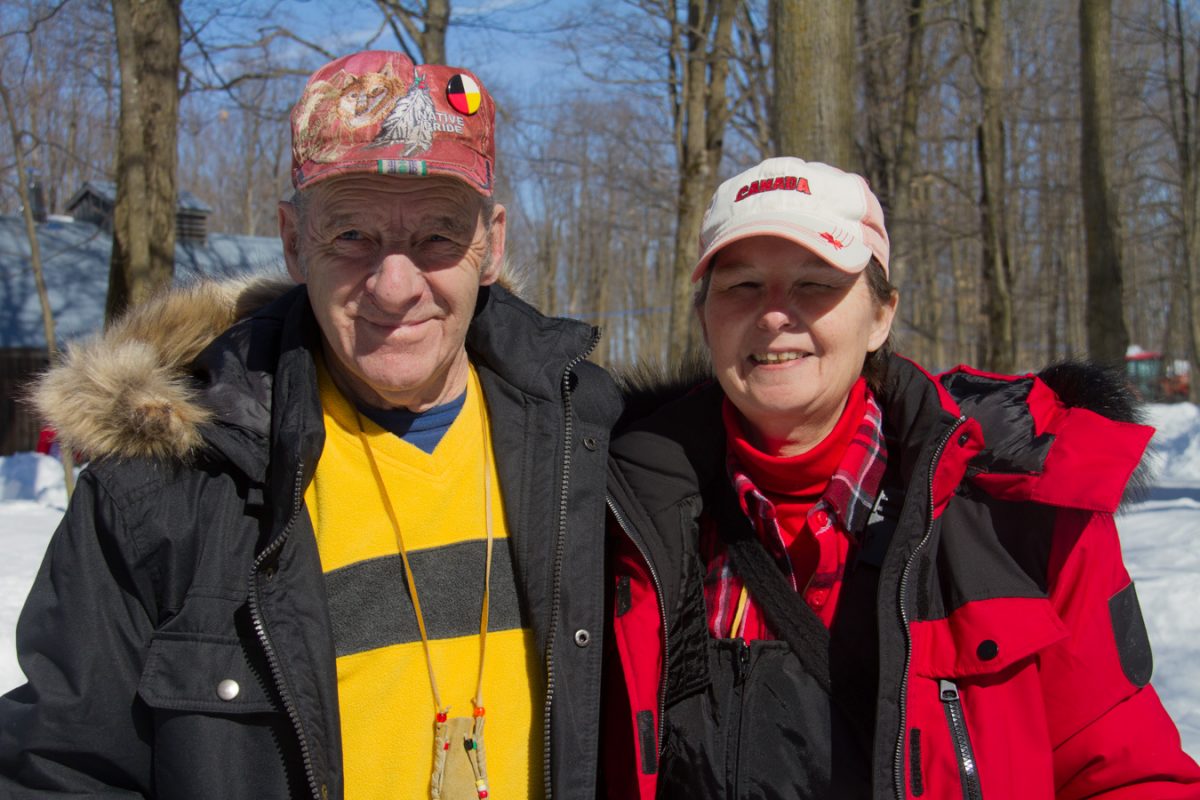 The scent of burning sage wafts through the air at the Sand Road Maple Farm as a couple dozen people gathered around Fred Gauthier and Deborah Bear Gauthier, two Indigenous knowledge keepers who welcomed the start of maple syrup production.

Fred, whose Ojibwe name is Spirit Wolf, and Deborah, who identifies as Métis Cree and Algonquin and who also goes by the name Thunderhawk Woman Walks With Spirits, led the group in a smudging ceremony and prayer.

The pair’s involvement in the March 9 ceremony at Sand Road Maple Farm in Moose Creek, an hour southeast of Ottawa, is part of a growing trend among area farms. Traditional Indigenous ceremonies and stories are being woven into the production of maple syrup, even those run by non-Indigenous people. After all, maple sap extraction originated from Indigenous practices.

Today, Indigenous peoples are reasserting their cultural ties to maple syrup led by people like Henry Lickers, the environmental science officer for the Mohawk Council of Akwesasne. Part of that involves pursuing business partnerships with non-Indigenous producers to distribute maple products outside the region, as long as decisions are made according to Indigenous peoples’ wishes.

These days, Lickers is dreaming about a bottling facility that could process 100,000 to 200,000 bottles a year, for which he anticipates getting support from the federal government. The Mohawks of Akwesasne are looking to the Korean, Chinese and European markets for their products.

“We have associates in each of those areas that I’m sure would be looking on maple as one of the prime, prime products,” Lickers said.

When Europeans settled in Ontario in the 17th and 18th centuries, much of the tree cover was cleared from the land. This included maple trees, which were, and remain, central to Indigenous peoples’ way of life. Research is showing that Indigenous peoples lost much of their ability to harvest maple syrup. The disappearance of traditional maple ceremonies and festivals resulted from forced resettlements sparked by the Indian Act of 1876.

For Indigenous peoples like the Akwesasne Mohawks, maple syrup is prized for its medicinal properties and its sweet flavour. Maple sugar is a popular anesthetic and is also used to preserve meat and food. “It’s one of the first medicines of the year,” Lickers said. “It had many, many different uses to our people when we lived close to the environment.”

The maple tree is considered as “the chief of all trees” by the Mohawks of the Akwesasne First Nation. They have been harvesting maple sap for some 9,000 years, Lickers said.

“The non-native people began to turn it into the industry that they were interested in,” Lickers said. “Of course, they see the potential for other people and the economic benefits of being able to produce maple syrup — it’s a different way of looking at maple.”

Today, Lickers says he sees a drastic change in attitudes. He has noted an interest in collaboration from the non-Indigenous population. Meanwhile, he said, Indigenous communities are open to incorporating modern techniques into syrup production, such as evaporators that don’t leach harmful chemicals and a reverse osmosis process that converts sap into syrup without heat.

Lickers said that, as far as he can tell, there is no resistance from maple syrup producers to working with Indigenous people in the industry.

Indigenous culture training sessions are being held for his membership across the province. “We impress upon them to be in contact with the local Indigenous groups,” Heerkens said.

There is no mention of the First Nations’ contribution to the maple syrup-making process on the Eastern Ontario Maple Syrup Producers Association website, but Heerkens said he expects to update the site with these details by October.

According to Lickers, the strength of the Truth and Reconciliation movement depends on how cultures interact at the human level. “It lies right at the heart of putting a tap in a tree and allowing the sap to run. And then turning that sap into a product that’s useful for both of us,” he said.

“If you live this close to the land and take your sustenance from that tree, how can you not appreciate another people who have that tree and honour it so greatly as our people do.”

The Pigeon King flies into Ottawa