2 weeks ago 0 1 min read
We use cookies to provide a personalized experience for our users. By continuing to browse this site, you give consent for cookies to be used.
Got it!
Home > News > Ottawa > Canal-area businesses wait for answers about expropriation for bridge project 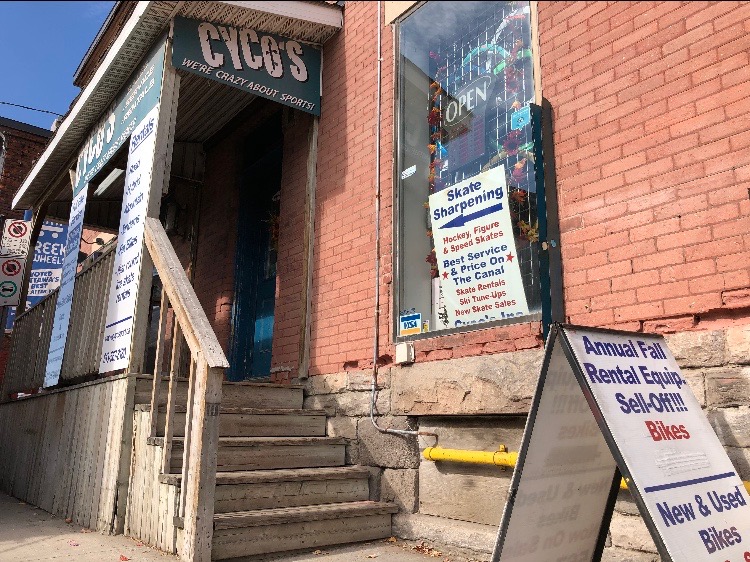 Canal-area businesses wait for answers about expropriation for bridge project

Inside his small bicycle shop on Hawthorne Avenue near the Rideau Canal, Gordon Martin is waiting anxiously for word on what the replacement of a nearby Queensway overpass will mean for his 23-year-old business.

The Ontario government has announced plans to expropriate Cyco’s Sports and two other neighbouring businesses — Greek on Wheels and The Royal Oak — just to flatten them for a large work space to build the replacement Hwy. 417 bridge over the canal.

Other nearby businesses are also facing expropriation for an overpass replacement a short distance to the east, at Main Street.

But Martin is still in the dark on many of the details. After nearly a quarter of a century in business at the location, he wants to stay. But most of all, he wants answers.

“It means starting all over again,” said Martin. “It’ll be a new business because we’ll need a new business model. The reason we set up here is because of the rental possibilities, and that’s become one of the biggest components of our business. We rent bikes and skates for the canal — I mean in the winter the skate rentals make up 90 per cent of our business. And skate sharpening, too.”

The businesses, unfortunately, fall into an area that the Ontario Ministry of Transportation is planning to use as a site to build the bridge that will replace the current overpass using “rapid bridge replacement” technology.

Rapid bridge replacement entails building the new overpass at a nearby worksite, cutting out the existing bridge, then sliding the new one into place.

The construction is set to begin in 2024 or 2025. Five years may seem far away, but that does not offer a lot of time to uproot a business — especially businesses that have succeeded to a significant extent because of their location.

The Royal Oak is a landmark pub located just steps away from the canal at the corner of Colonel By Drive and Hawthorne Avenue.

The replacement bridge will be joined with the rest of the Queensway in a single weekend, cutting down the cost and significantly reducing the inconvenience to commuters compared with traditional forms of bridge replacement.

At the corner of Hawthorne and Main Street, just a block away from the Royal Oak and Cyco’s, Lucas Nault awaits the same fate as Martin. His “eco-conscious” salon — The Organic Salon by Lucas Nault — is slated to be flattened for the Main Street bridge replacement.

“If I knew two years ago that I was going to invest money into this building, open a business and live here, only for it to be torn down in five or six years, I wouldn’t have put my money into it,” said Nault.

Nault and Martin say they’ve been left equally out of the loop as neither had been contacted directly by the Ontario Ministry of Transportation or the City of Ottawa as of mid-October. This poses a big problem for the owners, as they are left with few options and little time to plan for the future.

“I came to this area because there are other organic businesses on the street — The Green Door restaurant, Singing Pebble Books, other spas that use all natural products,” said Nault. “We were just the right fit, and the neighbourhood has welcomed us with open arms. So this is a real slap in the face.”

While neither Nault nor Martin are sure what will happen to their businesses, Brandy Duhaime — a spokesperson with the Ontario Ministry of Transportation — said small businesses facing expropriation will be treated fairly.

She added: “If and when lands are needed, the ministry is committed to negotiating in good faith. Once an agreement is in place with the property owners, then the ministry and owners approach the tenants/business owners. Tenant rights are quite different than property owner rights and are dependent on the term of the lease, expectation for renewal and type of business.”

However, Martin was still anxiously waiting to receive some kind of formal document telling him what is going to happen.

“Nobody has contacted us,” said Martin. “We found out through the story the (Ottawa) Citizen wrote (about the planned expropriation). Next thing you know, we have reporters knocking on our door asking us what we’re going to do.”