3 days ago 0 2 min read
We use cookies to provide a personalized experience for our users. By continuing to browse this site, you give consent for cookies to be used.
Got it!
Home > Health > Cannabis spending in Canada has soared during the pandemic; some blame the stress 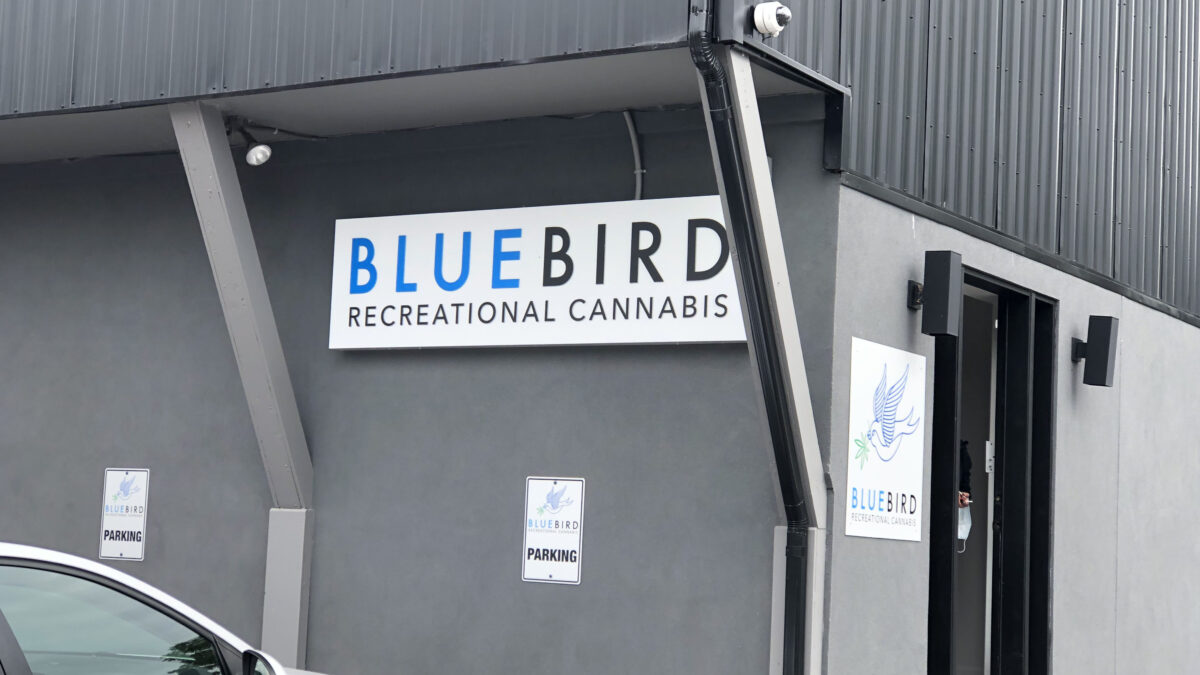 Blue Bird Recreational Cannabis, in Manotick, is one many cannabis stores in Canada to see an increase in cannabis sales during the pandemic. [Photo @ Adamo Marinelli]
Canada

By Adamo Marinelli and Will Smith, 1 year ago 0 3 min read

A Statistics Canada report showing an increase in spending on cannabis would not be a surprise to Waleed Khan. The third-year Carleton University student says there’s been an increase in his own consumption, which he says is largely because of the pandemic.

“There was anxiety from all the politics and everything that was going on in the world and just like the uncertainty of it. I think that all came together to make marijuana very tempting for me to be using more over the pandemic,” Khan said.

Dillon Brady, the manager of student conduct and harm reduction at Carleton, says students may be turning to cannabis use for a number of reasons related to the pandemic.

“I am not surprised that [cannabis] use has increased as it is commonly used by individuals in attempts to self-medicate for issues like stress, anxiety, or insomnia that are all aggravated by COVID-19,” Brady said.

According to Brady, the majority of the student population is at an age where they are susceptible to many mental-health conditions because they are facing several unprecedented challenges, like uncertainty, caused by the pandemic.

“For students specifically, ever-shifting public-health guidelines, concerns about employment and finances as well as worry about if/when classes were going to return in person and what that would be like are significant,” Brady said. “COVID-19 has also increased feelings of loneliness and isolation for many as well as forcing change to our established routines and hobbies."

Khan acknowledges that there are dangers in smoking cannabis, but said that low points in the pandemic led him to smoke more.

“It's pretty easy to mess up you know, using too much weed, but it calms you down. It helps you pass time,” he said.

A recent report by the Canadian Centre on Substance Abuse found that the proportion of people who reported excellent or very good mental health plunged during the pandemic. The biggest drop was among those in the 15-24 age group. Fifty-nine per cent of this group reported excellent or very good mental health in 2019, a number that dropped to just under 40 per cent a year later.

Simon Anisman, owner of The Good Cannabis Company on Bank Street in the Glebe, says he believes high rates of cannabis use could be a result of higher availability but he adds that he thinks the lockdowns put students in positions where cannabis becomes more tempting.

“I would assume that if you're stuck at home doing nothing, you're gonna smoke more weed,'' said Anisman. “If you have time to kill, you’re gonna indulge in said recreation.”

Khan says that in addition to his COVID-19-related anxiety, the lack of structure also contributed to his use.

“My use of marijuana has definitely gone up over the pandemic,” said Khan. “I'd chalk it up [in part] to having fewer commitments during the [lockdowns]."

Even once the pandemic is mostly behind us, Khan doesn’t think he will go back to the way he used to live.

“I think that [cannabis] has now become something that is like a more regular thing in my life,” he said. “Whether that's a positive or not, I can't really say, but yeah I think for sure it's something that's going to continue even after the pandemic.”