4 days ago 0 4 min read
We use cookies to provide a personalized experience for our users. By continuing to browse this site, you give consent for cookies to be used.
Got it!
Home > Commentary > Carleton’s butterfly show is my worst nightmare — here’s why 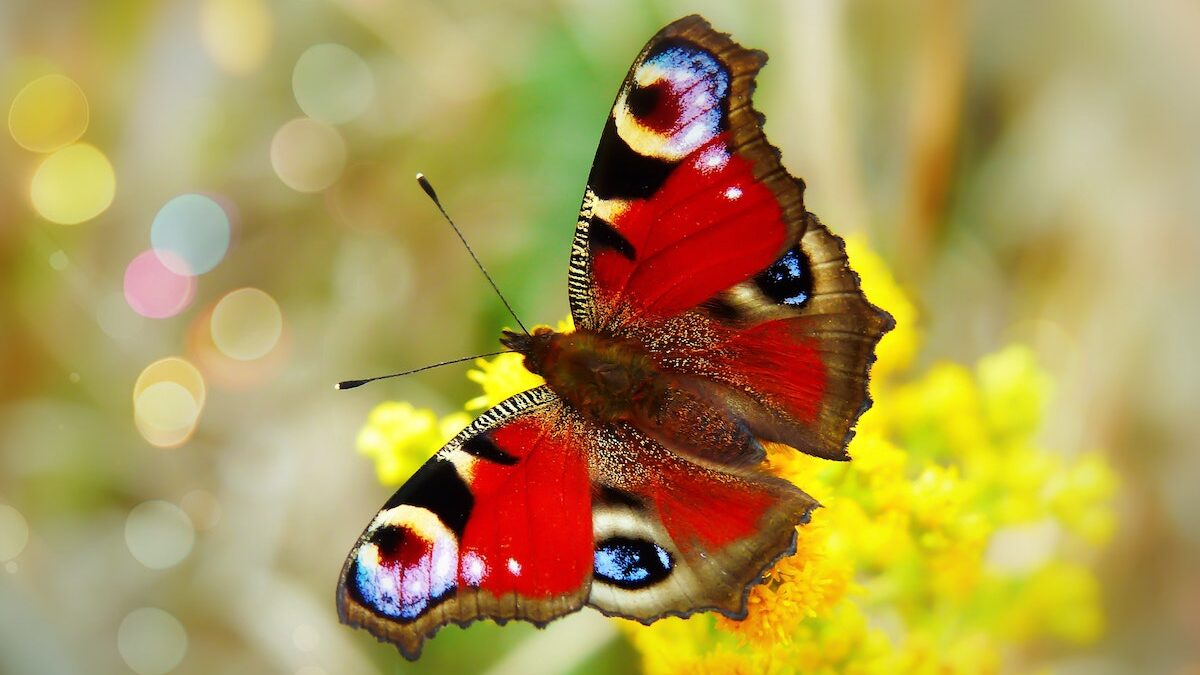 Carleton's annual butterfly show took place at the H.H.J. Nesbitt Biology Building from Oct. 1 to Oct. 9 this year. But for someone with Lepidopterophobia — such as Capital Current reporter Pippa Norman — the event provokes a sense of fear. [Photo © Krzysztof Niewolny]
Commentary

Carleton’s butterfly show is my worst nightmare — here’s why

I have lepidopterophobia. Don’t worry, it’s not as deadly as it sounds.

But it does mean that a week goes by every October when the Carleton University Butterfly Show is happening on campus and I live in fear. (This year’s edition of the popular annual attraction at Carleton’s biology building ran from Oct. 1-9.)

The condition has affected my life in various ways. It ranges from a minor squeal on a picnic date as a butterfly floats by, to house-bound summers living on a farm with a dragonfly-filled backyard pond.

Lepidopterophobia is the fear of butterflies, moths and other winged insects. While many people find these creatures beautiful, the thought of their fluttering presence brushing the tip of my ear makes my stomach muscles tighten — it’s happening even as I write this.

It started when I was three. My sister, mum and I piggy-backed onto my dad’s business trip to Niagara Falls. While he was preoccupied with meetings, my mum had a seemingly brilliant way to entertain her two, young, animal-loving daughters.

We piled into our Plymouth Voyager van and made the short trip to the Niagara Falls Butterfly Conservatory. All three of us, my sister in particular, came into the adventure with a sense of eager anticipation. We had seen butterflies in nature, but never so many, of all different species in one enclosed space.

Walking into that conservatory, the smell of green, warmth and life was immediately apparent. I remember the way my sister’s eyes lit up as if it was yesterday. She was in her happy place among more than 2,000 butterflies gently swarming onlookers.

I was quickly spiralling into a dark, fearful, meltdown-inducing place.

As we walked through the bright atrium among little prancing flits of colour, I sank deeper into the neck of my sweater. Tears began to swell up in my eyes and the urge to run, hide and scream became hard to fight back.

At this point, my three-year-old self only knew one way to deal with this feeling and it was to throw a temper tantrum as deafening as if I had been tossed into a pit of cobras.

Utterly embarrassed, my mum gathered me up into her arms and began racing towards one of the “early” exits, hurriedly dragging my begrudging sister behind her.

The only thing left for my mum to do was try to reconcile my thwarted sister and my trembling self by buying each of us a souvenir: a purple sparkly baton for me and a butterfly chain-link bracelet for my sister.

For a while after the incident, my parents chose to refer to it as a “phase.” My dad in particular was convinced I would grow out of this reaction to such fragile creatures invading my personal bubble.

A few years later, we even returned to the conservatory — this time with my dad — to see if their otherwise fearless daughter had acclimatized to the insects.

Unfortunately, everyone came away sorely disappointed. I was traumatized again; my sister was denied a second chance to visit her favourite place on earth; my parents suffered the failure of a family outing.

Since the early days of discovering this phobia, I have faced doubtful looks whenever the topic of fears arises as an icebreaker conversation.

‘Not only are these conniving creatures capturing strangers’ tears, they’re also shooting poop out at record speeds.’

Despite the skeptical expressions, I am not alone in my fear. It’s actually quite a common condition, shared with celebrities such as Nicole Kidman, according to several entertainment reports.

Lepidopterophobia is a specific phobia, which means it is an intense, out-of-proportion fear of a very specific object or situation. According to Anxiety Canada, five per cent of children and 16 per cent of adolescents will experience a specific phobia. Also, much to my parents’ dismay, specific phobias do not go away with age like simpler childhood fears often do.

While the instinct to shut my eyes and cover my head at the sight of a fluttering insect may look silly, I have learned to arm myself with a number of facts about winged insects — a sort of ammo, if you will — to shoot back at someone if they question the validity of my fear.

Such as: Did you know moths drink the tears of birds while they sleep? Not so cute now, right? The Hermiceratoides hieroglyphica moth attacks sleeping birds in Madagascar by probing its long, sharp mouth between their eyelids to consume their salty, nutrient-filled tears, according to the National Library of Medicine.

Because the vast majority of these insects are herbivores, their carnivorous relatives often sneak by undetected. But in their caterpillar form, Harvester butterfly larvae feed upon live wooly aphids, often ganging up on the unsuspecting creatures in large numbers.

Finally, I would be amiss not to mention the infamous vampire moth. As is evident in its name, the Entomological Society of America states that these blood-sucking bugs can pierce the thickest of animal hides, including buffalo, elephants and certainly humans.

It begins by sinking its mouth into the skin and rocking back and forth to secure itself to its host. As the blood rises to the surface, the moth releases hooks on the sides of its mouth to serve as anchors while it continues to suck blood for up to 50 minutes.

Don’t get me wrong. I have great respect for these mostly delicate creatures. As an animal lover, raised in a vegetarian family, with a desire to be a climate reporter, it goes against my nature to wish ill upon any living thing.

But with this particular creature, I prefer to live by the “absence makes the heart grow fonder” proverb. Therefore, when the butterflies descend upon Carleton’s Nesbitt Greenhouse next October and eager Ottawa residents flock to the exhibit to enjoy the vivid display, I’ll be keeping my distance from the house of horrors.

So, next time you see someone shudder at a butterfly hovering too close to their head, consider offering up your sweaty palm to distract the fluttering bug — and let the frightened person know they’re not alone.