3 days ago 0 4 min read
We use cookies to provide a personalized experience for our users. By continuing to browse this site, you give consent for cookies to be used.
Got it!
Home > News > Canada > Ontario > Caterpillars cause threat to Ontario trees 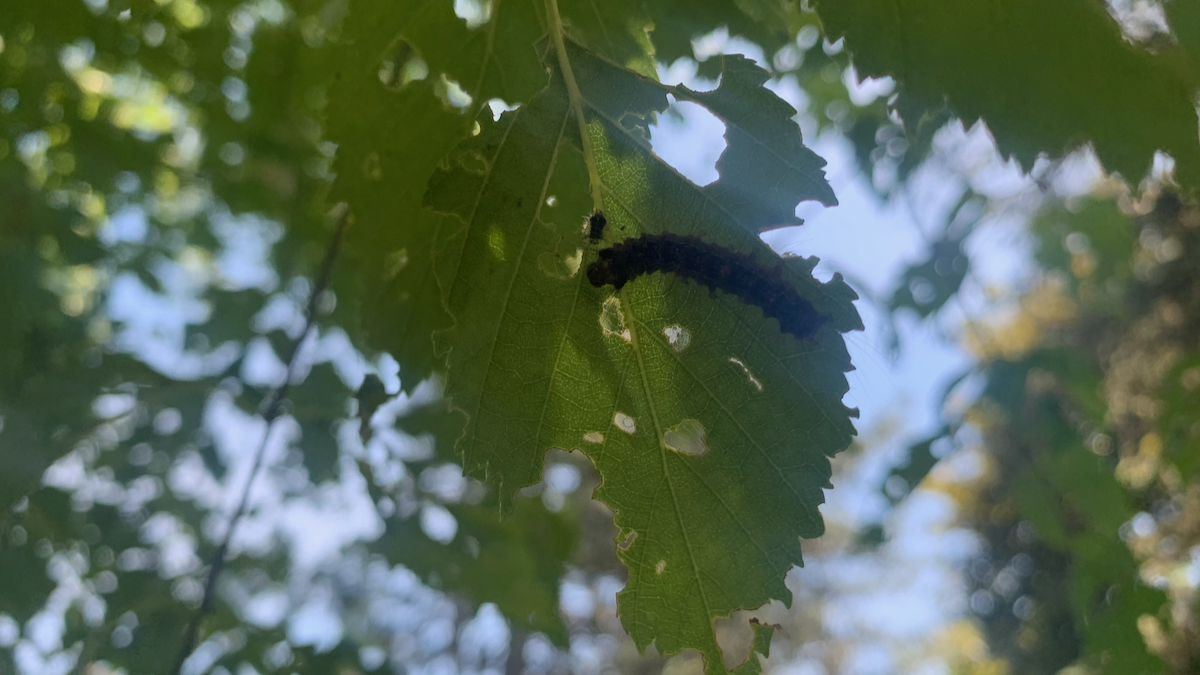 The LDD moth caterpillar has a preference for oak, birch and aspen trees. They also can be found feeding on white pine, balsam fir and blue spruce. [Photo © Rachel Morgan]
Environment

We’ve all seen them crawling around. The fuzzy, black, spotted caterpillars that seem to be falling from the sky. The ubiquitous larvae that latch on to everything. The ravenous army that eats the leaves on our trees. And this year is poised to be the worst yet.

This is the LDD moth caterpillar.

Why the LDD moth

The European gypsy moth received its name from the caterpillar’s daily migration. The word gypsy is perjorative and offends many Romani people. In an effort to be more culturally sensitive, many organizations now use the scientific name for the insect: Lymantria dispar dispar.

The LLD moth is an invasive species native to Europe. It was originally brought to North America in 1869. The insect was first detected in Ontario in 1969 with widespread defoliation beginning in the early 1980s. The Asian gypsy moth, first found in the Vancouver area in the spring of 1991, was unknowingly brought into Canada on Soviet freighters.

In 2020, the LDD moth caused 586,385 hectares of defoliation across Ontario. This was one of the most significant outbreaks of the species in the province. An egg mass survey — completed annually by the Ministry of Natural Resources and Forestry — predicts an even more devastating damage this year.

“The extent of the defoliation on some trees is just staggering,” Emma Horrigan, Conservation Projects and Education Manager at Ontario Nature, said. “Trees that would normally be in full leaf are just stripped bare, with not a single bit of green left on them.”

This graph shows the defoliation in hectares caused by the LDD moth across Ontario since 1990. Notice the dramatic increase between 2019 and 2020 [Graph © Rachel Morgan].
Infogram

How to identify an LDD moth caterpillar 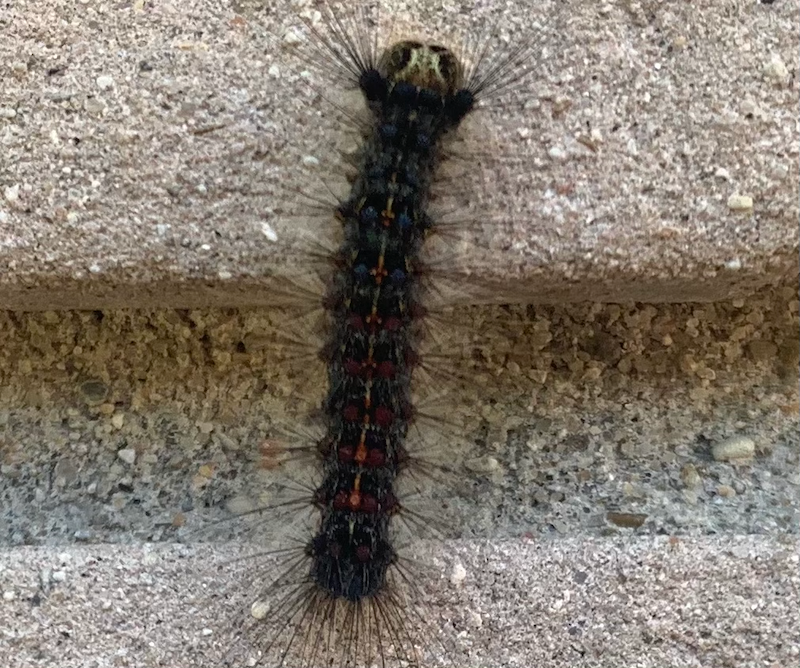 The long term impact on the ecosystem is hard to predict.

Horrigan says defoliation can leave trees more susceptible to drought and secondary pests. However, trees tend to be very resilient.

Outbreaks of the LDD moth tend to occur in seven to 10 year cycles.

According to Dr. Christian MacQuarrie, a research scientist for Natural Resources Canada, this cyclical pattern is common in insect populations.

“This year, they’re particularly bad because the conditions that normally keep the population small, have relaxed,” he said.

Although the LLD moth is an invasive species and does not have the same extent of population controls as native insects, there are still factors that affect the size of the army each year. Some of these factors include diseases, predators and climate.

If the temperature in the winter drops too low, the larvae within the egg masses cannot survive. There are a few preliminary studies that say that as the climate warms, the threat from the LLD moth may become more severe.

When widespread defoliation occurs over a few consecutive years, tree mortality goes up and there are effects on health, seed production, age and species assemblages.

“These changes in the number of healthy trees across the landscape will have impacts on the species that rely on them for food and habitat,” Horrigan said. “We know that there will be impacts on the habitat, but the sort of the extent and exactly which species will be affected, and in what way, is definitely a complex question.”