4 days ago 0 6 min read
We use cookies to provide a personalized experience for our users. By continuing to browse this site, you give consent for cookies to be used.
Got it!
Home > News > Canada > Nova Scotia > 100 years of history: Lunenberg celebrates The ‘Queen of the North Atlantic’ 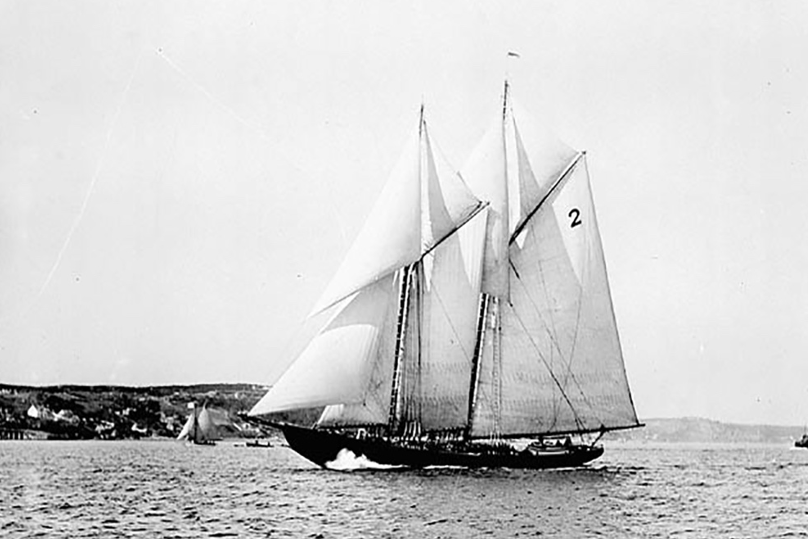 100 years of history: Lunenberg celebrates The ‘Queen of the North Atlantic’

One hundred years ago, the legendary racing schooner Bluenose slipped into the water off Lunenberg, N.S., the hopes of a province and a nation riding on her broad sails.

Recently a year-long celebration of the famous boat that adorns the Canadian dime began in Nova Scotia.

On March 26, 1921 Bluenose emerged from the Smith and Rhuland shipyard in Lunenburg, N.S., and the rest is sailing history. The boat would win race after race — both nationally and internationally — for 17 years.

The Queen of the Atlantic has also played a large part in Nova Scotian culture and Canadian history.

The original plans for the celebration included a large schooner festival replete with local music entertainment. Ships from the U.S. and Canada were invited to Lunenburg, said Alan Creaser, volunteer chair of the Bluenose 100 Committee, which has been planning the festivities since November 2019.

“We’ve done a series of interviews with ancestors and descendants of people involved in the original ship, and … will be showing those interviews … through weekly virtual events until the end of October,” he said. Clips from the interviews were also played at the March 26 launch.

Hank Middleton, a retired teacher turned musician, based in nearby Bridgewater, N.S., performed in one of three folk music groups that performed at the online event online.

Middleton said his interest in Canadian history and heritage has led him to write music for historical plays in his career – including the music used in The Bluenose Play, which was performed by the Lunenburg-based South Shore Players on March 26. The play reprises the history of the province from pre-colonial times through to last year, when the replica Bluenose II “sailed into just about every port in Nova Scotia, but could not land because of COVID restrictions,” he said in an interview.

Although his admiration for Bluenose stems from his passion for boats, the real star of the show was her captain, Angus Walters, Middleton added.

“(Walters) went out to sea for the first time at (age) 13, and was captain by 23,” he explained. “He had also been captain of three or four other vessels before getting involved in the Bluenose.”

The fame of the Bluenose came out of a series of international fishermen’s races in the 1920s. Since it was meant to be a friendly competition, racing boats were banned, but participants could use schooners.

Keen to challenge American competitors, Nova Scotians got together to build a speedy vessel, which was designed by naval architect William J. Roué.

“The interesting thing about the design is that Roué started in December, and finished in 96 days,” Middleton said. “Imagine that: in the harsh Nova Scotia winter, Bluenose went from tree to sea in 96 days.”

The design was a great success. Together, Walters and Bluenose went undefeated in almost every competition from 1921 until 1938 — an achievement that gained Bluenose both national and international recognition. The only loss was to the American boat the Gertrude L. Thebaud in the Lipton Cup in 1930. Bluenose got her revenge in 1931 and again in 1938.

Bluenose “is just an embodiment of hard work, perseverance and pride throughout her career as a fishing, racing and touring vessel,” Creaser added. “She became the pride of Nova Scotia, a Canadian icon and international symbol of excellence.”

In commemoration of the anniversary, the Royal Canadian Mint has released a special-edition series of coins displaying Bluenose’s story, along with Roué’s design.

“It helps tell the story through a coin. It is what Canadians recognize: …Bluenose as the ship on the dime,” Creaser said. “And if they don’t, then … telling our story now makes people go, ‘Oh yeah, that’s the boat on the coin!’ ”

As a part of the festivities, Creaser said organizers have also forged a partnership with Canadian Geographic magazine to educate young Canadians outside Nova Scotia on the story of Bluenose.

“Their recent issue includes a 12-page story in the magazine on Bluenose, with inserts and a map of the whole story,” he said. “It tells the story of her trips and races…all which will be available on a database to over 25,000 teachers across the country.”

Recordings of the virtual 100th-anniversary celebration of Bluenose are available on Bluenose 100’s YouTube page.

In The News: Friday, April 9