2 days ago 0 4 min read
We use cookies to provide a personalized experience for our users. By continuing to browse this site, you give consent for cookies to be used.
Got it!
Home > News > Ottawa > City developing new climate strategy but some say it’s just a start 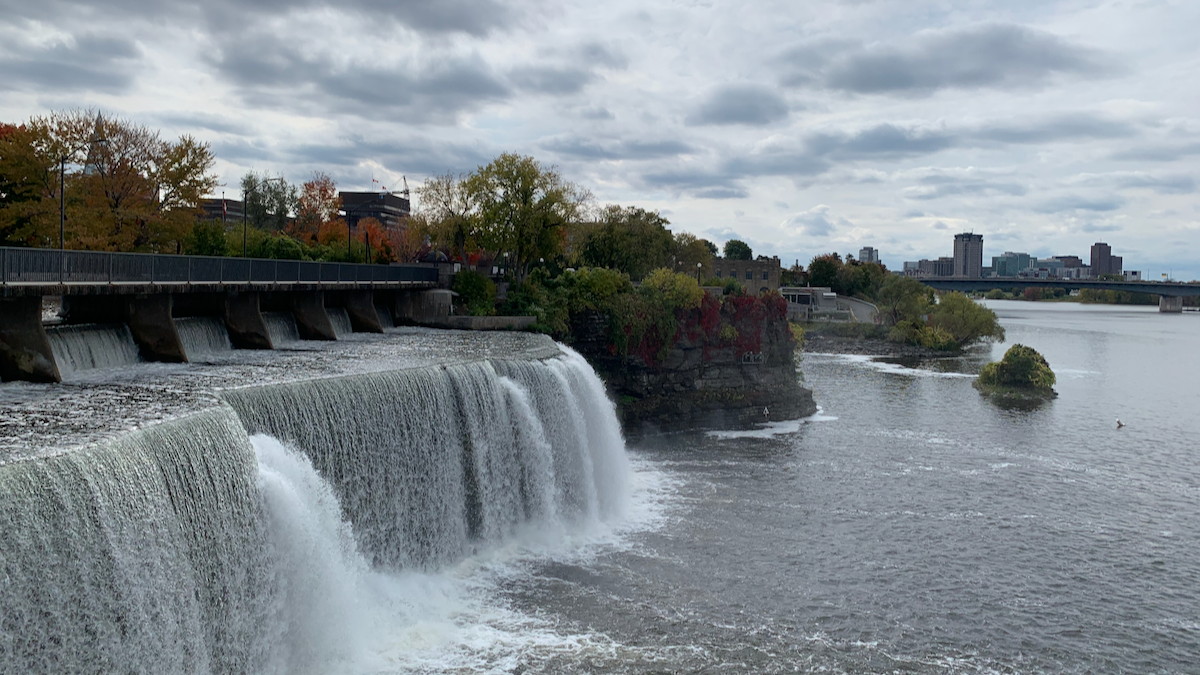 To preserve the beauty of the capital, Ottawa's Climate Resiliency Strategy is being built upon voices from the community and their concerns about climate change. [Photo © Rachel Morgan]
Climate Change

As a thick haze lies over the city from forest fires in northwestern Ontario, Canada’s capital is developing a new strategy to tackle climate change.

Online survey responses from residents and businesses, which were available until July 31, will help to form the City’s Climate Resiliency Strategy. Questions included how climate change is affecting respondents’ communities, what they are most concerned about, what they are doing and what can be done about climate change in Ottawa. The survey received about 450 responses.

For Minaëlle Green, co-president of the uOttawa Climate Crisis Coalition, she believes heavy rainfall will be one of the biggest threats to the community.

Flood risk was one of three top concerns expressed by respondents (71 per cent) to the survey. The top concern (78 per cent) focused on the increasing numbers and lengths of heat waves. About 73 per cent of respondents expressed concern about changes in the natural environment.

“On top of that, it saddens me to see decreasing amounts of wildlife as the climate crisis worsens,” Green added.

The city’s strategy outlines projections for what temperature, rain and snow, and extreme weather events will look like in Ottawa in 2050 on the climate course the city is currently on. This includes an average temperature increase of 3.2 C; a precipitation increase of eight per cent in fall, winter and spring; and favourable conditions for ice storms, wind gusts, drought and wildfires.

“The city is taking a ‘learning while doing’ approach, which means that actions will be taken to reduce climate risks while the overall strategy is being developed,” said Robinson

Green said she thinks the strategy is important as it will prepare the city for more extreme weather events. However, she added she believes that the strategy focuses too much on adapting to climate change and not what we can do to reduce our impact.

“After all, if we can drastically reduce our emissions now, this strategy might not be necessary for the future,” she said.

The Climate Resiliency Strategy builds upon the city’s Energy Evolution plan which outlines measures the city must take to reach zero greenhouse gas emissions by 2050. Three major ways the city is looking to reach this goal are through electric vehicles, energy-efficient homes and composting.

The federal government, as well as international summits, also use the year 2050 as a marker for net-zero emissions. The Paris Agreement, signed in 2016, stated that achieving net-zero emissions by 2050 would keep warming to 1.5 C above preindustrial levels.

The sooner the better

However, some say that 2050 is too late. Green said she would like to see Ottawa reaching net zero closer to 2030.

“The sooner we decrease our greenhouse gas emissions, the less impact there will be on the residents and environment,” she added.

Recently climate policies have focused on larger infrastructures and corporations. But Green and Robinson stress that it is important for individuals to remember that their choices also have an impact.

“At the City level, this means considering climate change in all our decisions and addressing our greatest risks, and for all residents, this means taking continued steps to protect our homes, families, businesses and community,” said Robinson.

“When it comes to the climate, nothing is ever enough,” Green said. “This is a good start, but Ottawa needs to continue creating strict climate policies. Residents need to take individual action and start reducing their own environmental footprint, whether by switching to electric vehicles, making our homes more energy efficient, or reducing our consumption of animal products.”