3 days ago 0 4 min read
We use cookies to provide a personalized experience for our users. By continuing to browse this site, you give consent for cookies to be used.
Got it!
Home > News > Ottawa > City of Ottawa to explore participatory budgeting options 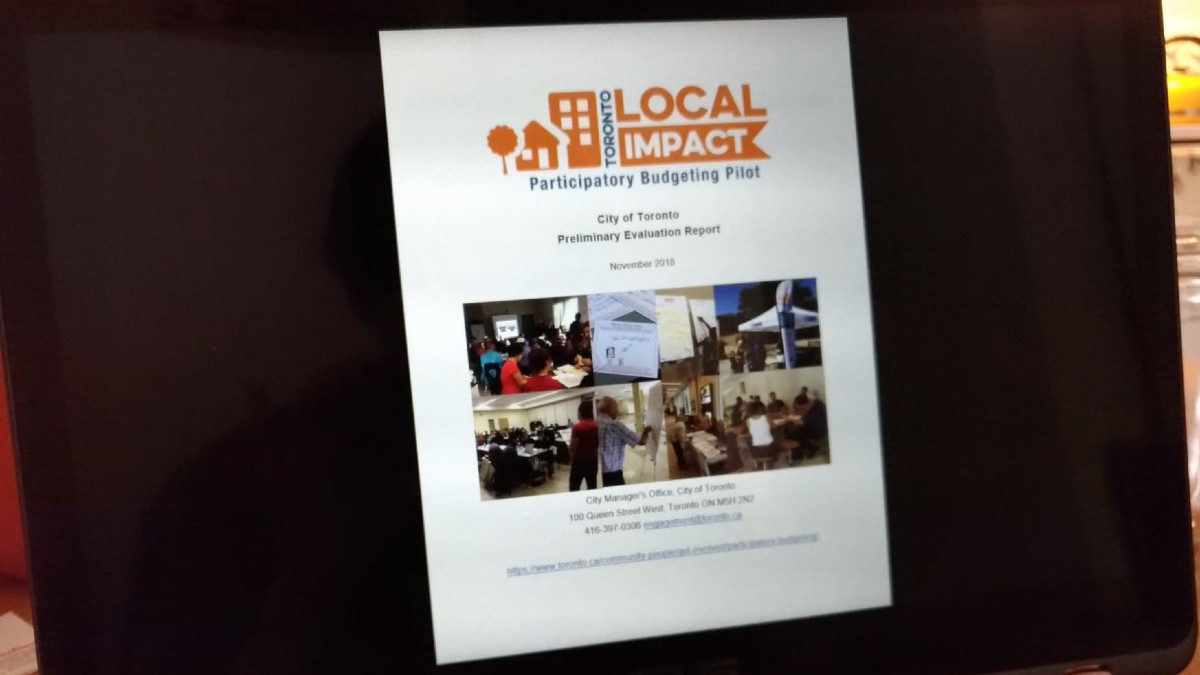 Ottawa residents may soon be able to have a direct impact on how some of the city’s budget is spent.

City council is expected to deal with a motion passed before Christmas asking for a report on the use of participatory budgeting.

Participatory budgeting essentially means citizens get a chance to weigh in on some spending decisions a government makes. This is often accomplished through meetings with officials and by direct voting.

Toronto had a participatory budget pilot project from 2015 to 2017, to study the idea. City council set aside a certain amount of money and enforced rules on what kind of projects could be funded. Residents then submitted ideas which were put to a vote.

Participatory budgeting did not continue past the pilot in Toronto, but resources were made available to city councillors so they could use the method for spending in their wards at their discretion.

Rich Whate, who led the pilot in Toronto, says the system put in place was important.

“We thought that if you’re really going to give [residents] the vote, it has to be the final say on stuff. A lot of people don’t talk about that difference. Are you really giving people the power to make the decisions or are you just sort of using a voting experience to create a list of priorities?” he says.

Coun. Shawn Menard, who brought forward the motion, told council that project ideas would come back to them for approval.

This is a concern for Geneviève Tellier, a political science professor at the University of Ottawa who has studied participatory budgeting. She says especially for Ottawa, it is important that residents feel they are truly being listened to.

“In past years, people have voiced their opposition to some projects and the city has not listened,” she says. She cited the Chateau Laurier expansion and high-rises in LeBreton Flats as examples of council going against the general public’s desires.

Angela Keller-Herzog, an active citizen and former Green party candidate, has similar concerns with the current state of the municipal government.

“The status quo here in Ottawa is that we have a very low level of transparency of the local government,” she says.

She also says the current system of holding consultation meetings is ineffective.

“I think that the citizen input makes zero difference. It’s basically just a waste of time,” she says.

Tellier says if that feeling continues with the implementation of participatory budgeting, it will only result in more cynicism.

She also says the approach Menard has described is more akin to a consultation process rather than true participatory budgeting because residents wouldn’t at the table for the final decision making.

Although Toronto did ensure residents truly had the final say, other issues arose. A 2018 Preliminary Evaluation Report on the Toronto pilot stated residents “were less confident that the projects responded to larger needs of their communities, such as employment or safety” and “some residents also indicated that the process required too much involvement for what they felt were small projects.”

Both Whate and Tellier agree that participatory budgeting is best for projects such as those having to do with housing, parks, or schools.

Councillors in Ottawa had other concerns about Menard’s motion. Some, including Mayor Jim Watson, worried it would infringe upon the ability of councillors to plan their own budgets.

“”If anyone wants to do participatory budgeting, just do it yourself. We don’t need to have the city council tell you how to operate your budget,” Watson said at the meeting. Currently, councillors decide for themselves how to receive community input on their ward’s budget. According to Menard, his motion would not change this, but rather give councillors another option for engaging their constituents.

Coun. Jan Harder said public consultations often had low turnouts, which could also be a problem with participatory budgeting.

Despite these potential issues, Tellier still says participatory budgeting is a good idea if the city commits to allowing residents to have a real impact.

“It’s not just saying yes, we will have consultation or participation, we will listen to you, but at the end we will do as we want. If that happens it will have the contrary effect, it will increase cynicism,” she says.