3 days ago 0 4 min read
We use cookies to provide a personalized experience for our users. By continuing to browse this site, you give consent for cookies to be used.
Got it!
Home > News > Transit > As a review begins, city’s decade-old parking strategy needs an update, say critics 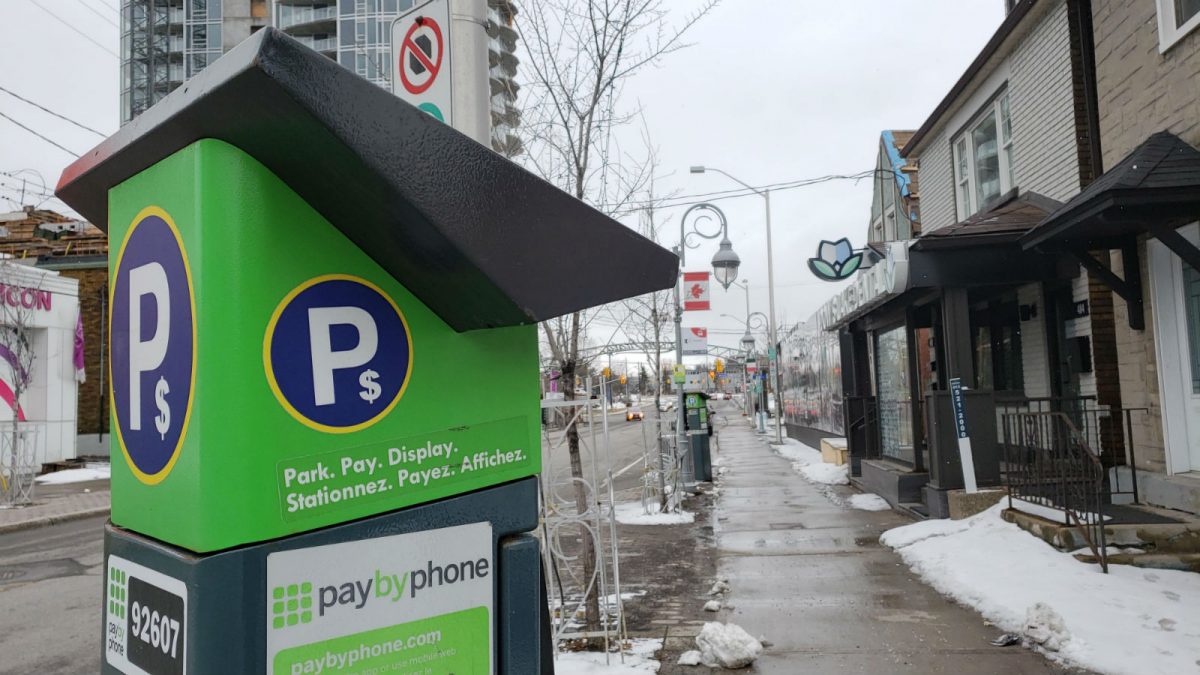 As a result of the 2009 parking strategy, on-street rates, such as those along Preston Street, have remained relatively unchanged at $3.00/hr. [Photo © Stephen Cook]
Driving & Cars

The city is launching a review of its parking management strategy that could make it more expensive to park on the street.

And it’s about time, according to transit advocates.

Between February and March, Ottawa conducted surveys and held open house consultations as part of a Municipal Parking Management Strategy refresh. Findings will be presented to council in June, alongside a governance review, and could usher in sweeping changes to the way the city determines parking prices. Those updates are sorely needed, say advocates, for a mandate now a decade old and showing its age.

One of the its more contentious provisions is the need for agreement by an area’s community association, business improvement association and ward councillor to raise on-street parking rates. Those stringent requirements have resulted in a virtual 10-year freeze across the city.

That freeze encourages automobile use and undercuts public transit use, says Erin Andrews of the Healthy Transportation Coalition.

“It’s problematic when you’re looking at trying to build an equitable transportation system,” she said. Andrews said that in the 10 years since the strategy’s adoption, cash fares for buses have gone up by 75 per cent and monthly passes by 40 per cent.

Andrews was also quick to call the existing process to change rates undemocratic.

“Right now the business associations and individual councillors in the areas where they’re proposing changing the parking fares have veto rights over those changes,” said Andrews of the current model which says if one of the three required parties disagrees, a rate hike would be thrown out.

“We don’t have that over our transit fares,” she added.

“It has left us in a position where it is difficult to apply rates across the entire city without receiving concurrence from almost absolutely everybody,” Scott Caldwell, transitway and parking area manager with the city, told council’s transportation committee last month. He said a key point for the updated parking strategy is to incorporate “more flexibility … and some clear processes (in rate setting) which will allow us to be a bit more responsive.”

“So you’re making things more expensive for people who are unable or unwilling to drive,” Andrews said. “And those are choices that we want to make easier for people, not harder.”

She said higher parking rates could get people out of their cars and onto the bus and train whereas keeping rates where they are now is “encouraging bad behaviour.”

One of the refresh’s stated goals is the promotion of programs and facilities to encourage alternative transportation including “public transit, car/van pooling, taxis, auto sharing, cycling and walking.”

“The MPMS was originally approved in 2009, so it is important to ensure that the mandate and components are reviewed, consulted on and updated as required,” Caldwell said in an email.

Provincial policy in tandem with a 2009 council decision requires revenue from parking – $17.42 million total in 2017 – be reinvested in parking programs, although there is room for some creativity: last year, the city set aside $30,000 in the budget for bike parking.

“There are a lot of people out there who are fairly passionate about this,” Councillor Shawn Menard’s assistant, Jonathan McLeod, said on behalf of his office. “And we’re already seeing that people want parking to be geared towards better city-building initiatives.”

“That means things like dealing with climate change, it means getting the focus off car-centric planning, especially in the core and in the central areas where the need for a car is far more debatable.”

One approach being considered is dynamic rates, using data on peak times to adjust pricing accordingly, Caldwell told the transportation committee. When asked why certain areas still had free parking on Saturdays and Sundays despite the potential revenue, he said the refresh would “at least start the conversation” on vetting some of those inconsistencies.