4 days ago 0 8 min read
We use cookies to provide a personalized experience for our users. By continuing to browse this site, you give consent for cookies to be used.
Got it!
Home > News > Social Issues > Critics frustrated with OPS reluctance to back non-police handling of mental health crises 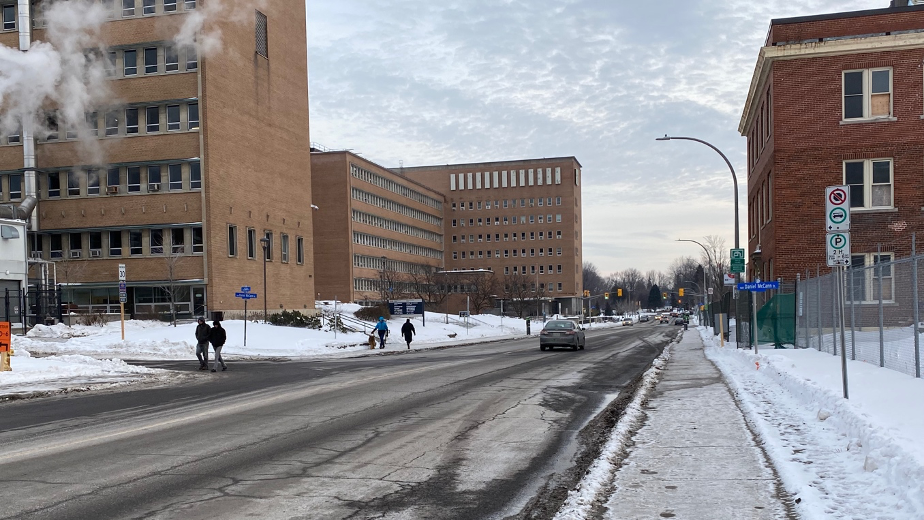 Advocates say that the city’s street-involved youth, homeless people and others who may become distressed and in need of help should often be attended to by mental health professionals rather than police. [Photo © Reanna Julien]
Health

Advocates of police reform say they are frustrated by the Ottawa Police Service’s involvement in the creation of a non-police mental health crisis program in the city.

In December, city council diverted $2.1 million from the 2022 police budget to help community mental health organizations create a crisis-response program. The program, as described at the time, was intended to reduce the number of police interventions with individuals in crisis.

The funding reallocation is designed to “support racialized youth program solutions, community-based, culturally appropriate mental health prevention services, addictions, and crisis outreach services, and culturally safe mental health programs, services, crisis and social supports for our Indigenous community,” according to a Dec. 8 city statement. “It also directed up to $550,000 to develop an alternative call referral program identifying how and to whom low-risk, low-acuity 911 calls should be redirected.”

But those involved in the initiative say police representatives have been given a place on the body overseeing the project. And that is, they say, concerning.

“The initiative now is led by a guiding council, but the police are on the guiding council,” said Robin Browne, co-founder of 613-819 Black Hub and a leading advocate for non-police mental health crisis teams. He added the purpose of the initiative was to put control in the hands of non-police agencies “to supposedly manage it” as an alternative to having police respond — often with negative consequences — when people have a mental health crisis.

“It’s the council that’s going to decide which mental health community groups are going to get the $2.1 million that was cut from the police budget,” said Browne. “So, the police are still way too heavily involved in this stuff.”

Meghan Potasse, an Master’s student at the University of Ottawa who agrees with Browne, spoke at the Ottawa Police Service Board’s Jan. 24 meeting to highlight the decrease in public trust towards police — especially within marginalized communities.

Giving police a say in “where $2.1 million goes,” Potasse told board members, “is representative of their desperation to continue to legitimize the ineffective role they play in community safety, downplay the abuse against the community and retain control of city resources.”

Similar to a Toronto program that is start in March, crisis response teams in Ottawa would dispatch nurses and mental health support workers — instead of police officers.

According to a report by Vivica Research, Ottawa does not have a mental health crisis program free of police involvement, and “despite the increased investment in mental health and de-escalation training in recent years, OPS remains ill-equipped to provide effective care to those in crisis.”

Although there are crisis services available through hospitals and community groups, they are often underfunded, overbooked and don’t meet the needs of those experiencing crises in a timely fashion.

Katie Burkholder Harris, executive director of Alliance to End Homelessness Ottawa, highlighted the importance of having 24-hour services, outside of emergency medical help, available to individuals who find themselves in the midst of a mental health crisis.

She said the need is especially acute for vulnerable communities, such as citizens facing homelessness or precarious housing arrangements.

“Crises don’t just happen between nine and five, they also happen at two in the morning,” said Burkholder Harris. “So the question then becomes, ‘Who is available?’ and ‘Do we actually have services that are focused on supporting a person in that moment of crisis, but isn’t going to the hospital?’”

She said having an immediate, in-person response to someone experiencing a crisis “is really critical” because it’s unrealistic to expect the individual to get themselves —  by public transit, for example — to a place where they can get help.

And if someone does go to the hospital, Harris explained, that person would have to be actively suicidal to be admitted and to see a psychiatrist. Otherwise, they would probably be discharged with a prescription for anti-anxiety medication.

“People have very few options,” said Harris. “And I’m thinking of folks who have pretty limited resources and are not with jobs that cover mental health care… It’s a real struggle for people who find themselves in distress.”

With Toronto putting $8.5 million into its pilot project set to launch next month, Browne said he intends to raise questions at the February police board meeting about why the City of Ottawa isn’t committing more resources to its initiative.

“Is it because the OPS has a really strong influence on the guiding council and they don’t want people asking uncomfortable questions like, ‘Hey, why can’t we take $8.5 million from the Ottawa Police Service, and start up a program like that in Ottawa?’”

Riverkeeper expands campaign to curb use of road salt in Ottawa