4 days ago 0 6 min read
We use cookies to provide a personalized experience for our users. By continuing to browse this site, you give consent for cookies to be used.
Got it!
Home > News > Ottawa > Ottawa’s ‘Gutsy Walk’ back in person and raises more than $100K and counting 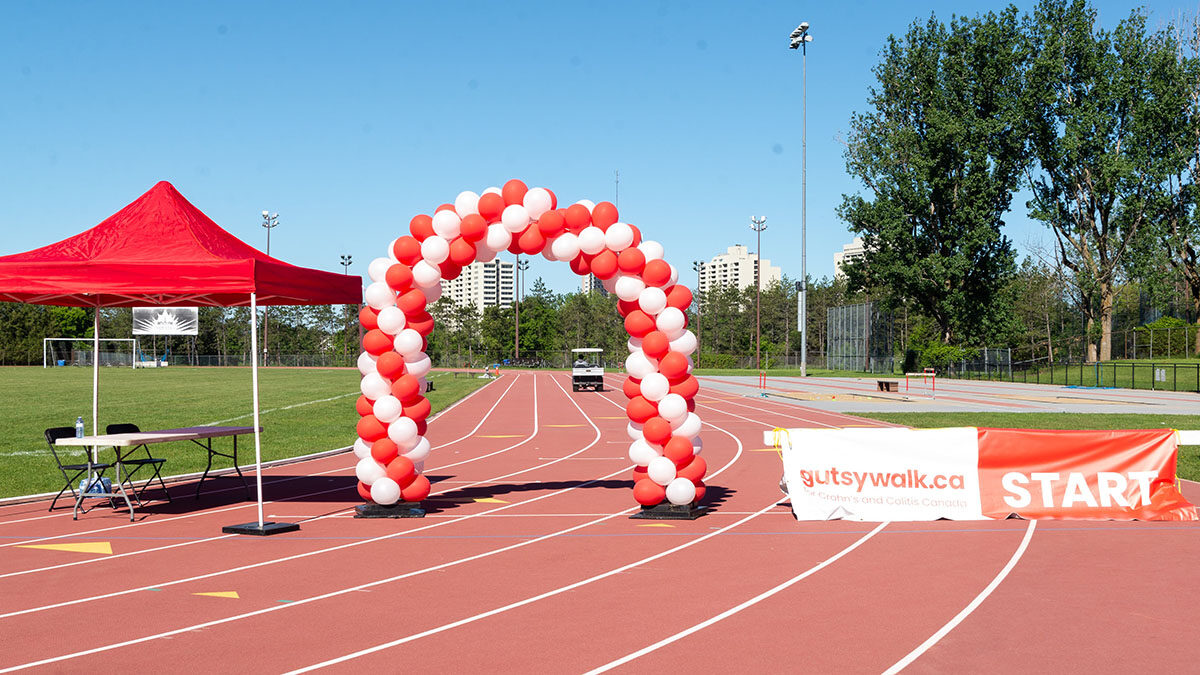 The starting line at the Ottawa Gutsy Walk on June 5, located at the track at Mooney's Bay Park. [Photo courtesy of Sarah Pothier Photography]
Community

This year’s ‘Gutsy Walk’ for Crohn’s and colitis in Ottawa has raised more than $100,000 so far with more donations coming in.

On June 5, Canadians participated in Gutsy Walks across the country to raise awareness of these diseases. More than 200 Ottawa-Gatineau walkers started at Mooney’s Bay Park

The name “Gutsy Walk” comes from the way Crohn’s disease and ulcerative colitis attacks the the gastrointestinal tract.

The conditions lead to Inflammatory Bowel Disease (IBD) which causes abdominal pain, gas, bloating, frequent and urgent bowel movements, internal bleeding and unintended weight loss. According to gutsywalk.ca more than 300,000 Canadians are affected with someone new diagnosed every hour.

Melissa Bramson was participating in her third Gutsy Walk. This year, she chair the planning for the event, helping to organize the walk.

She was glad to see such a strong turnout because “unfortunately, the past two were online” because of the pandemic. Instead people raised money for the cause doing individual five km walks from home. One participant said it was “really nice to see everyone back together and having a good time.”

Bramson says organizers were “very, very excited about the turnout.”

She said that anyone who is wanting to get involved with the Gutsy Walk still donate or can get involved by volunteering for the walk next year. They begin planning the event early in the new year, and people are welcome to submit requests online to be a volunteer and to come and attend committee meetings.

“I came to one of the support meetings and then I was like, ‘you’re looking for volunteers? That’s wonderful!’” she said.