10 hours ago 0 1 min read
We use cookies to provide a personalized experience for our users. By continuing to browse this site, you give consent for cookies to be used.
Got it!
Home > Arts & Culture > Movies > Despite heavy COVID-19 losses, movie theatre operators remain hopeful 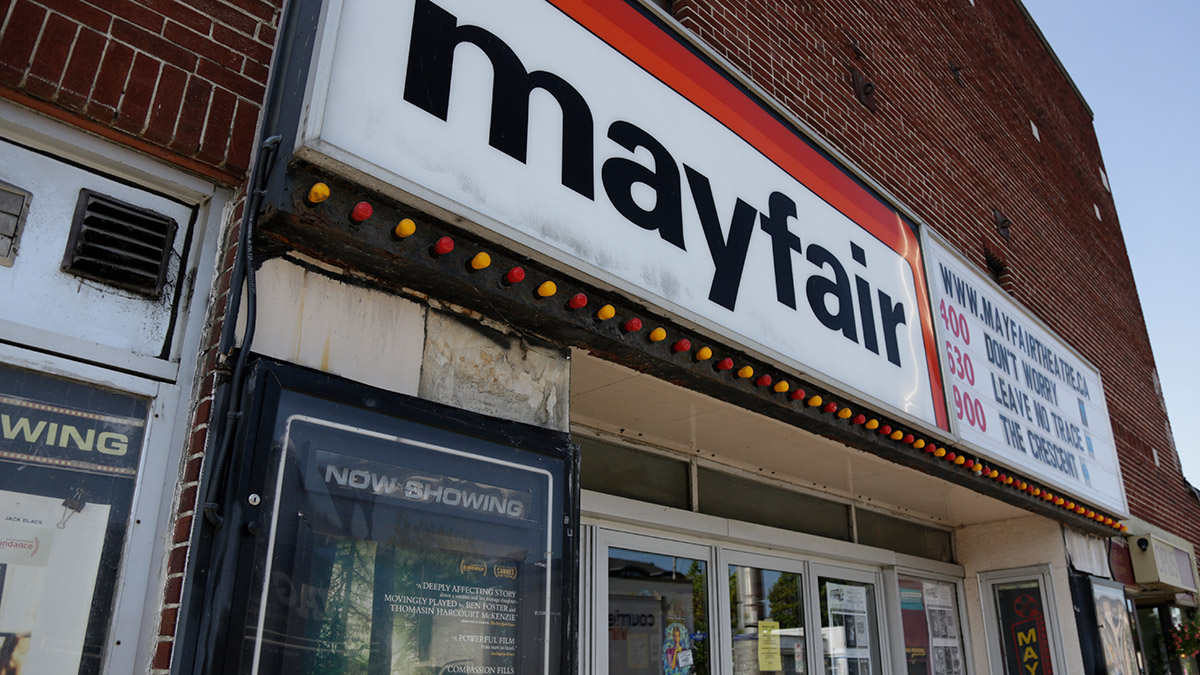 The Mayfair Theatre in Old Ottawa South has partnered with streaming service giant Netflix as a way to draw in revenue. [Photo © David Kawai]
Arts & Culture

By Mia Jensen and Amisha Sachdeva, 2 months ago 0 4 min read

Despite several months of on-and-off closures and steep drops in revenue because of the COVID-19 pandemic, movie theatre operators are hopeful that a pandemic bounce-back could be around the corner.

While the second wave has brought more closures, Movie Theatre Association of Canada executive director Nuria Bronfman said news of promising vaccine candidates, as well as enthusiasm from moviegoers returning to socially distanced theatres, is giving her hope that cinemas could be on the brink of a comeback.

“People are ready to get out of their homes,” she said. “I’m very uplifted by emails and texts from moviegoers saying they can’t wait to go back. I hear that all the time from people.”

But Bronfman also said she’s disappointed that some provincial governments aren’t allowing theatres to open, even with strict health and safety measures.

“Movie theatres are an environment of very minimal risk to the guests that come through,” she said, citing high ceilings, HVAC, and space for social distancing.

“It’s disappointing. We were really hopeful that the governments would be looking at our industry in the unique light that we’re in.”

The World Health Organization considers movie-going a higher risk activity, though an infectious disease professor at the University of California Davis said during the summer that if done properly, it could be less risky than activities like going to the gym.

Ontario’s new colour-coded COVID response framework limits cinema capacity to 50 per auditorium and mandates closures in the Red-Control zone, though the provincial framework has been criticized by the Ontario Medical Association for not being strict enough to prevent the spread of the virus.

Bill Walker, CEO of Landmark Cinemas Canada, said theatres will continue to operate in line with public health guidelines. But he said theatres should not be treated the same as other gathering places.

“As long as schools continue to operate, theatres should be permitted to remain open, given that there have been no documented cases related to transmission in theatres,” he wrote in an email.

“Restricting the audiences to 50 at least keeps theatres afloat until things get ‘normal’ again,” he said.

For independents like the Mayfair Theatre, which runs on a single screen, running at limited capacity is viable for the short term. However, chain theatres require more space, films and employees, which means multiplexes such as Landmark’s Kanata location—which boasts 24 screens—may be hit harder.

Numbers from Cineplex’s third-quarter report, for example, illustrate the huge drop in attendance across Canada.

While theatres have suffered during the pandemic, some streaming services have thrived. Since the pandemic was declared on March 11, Netflix stock price has risen just as Cineplex stock has plunged.

And while a Movie Theatre Association of Canada survey found movie-goers are anxious to get back to the theatre, including those who are watching more movies from home, streaming services can happily co-exist with movie theatres, according to Mayfair Theatre owner Josh Stafford, who partners with Netflix.

“You would assume that [Netflix] would be our biggest enemy,” he said. “But in the past little while, we just screened a whole bunch of movies through Netflix.”

“They were on Netflix at the exact same time and they did very well for us.”

Although streaming platforms are on the rise, movie-goers continue to want to see blockbusters on a big screen, Walker added.

“Movie theatres are the economic engine of blockbuster films,” he wrote. “Research indicates that streamers are moviegoers and the access to content at home has never precluded people from going to the movies.”

“The current dangers of movie-going—the public experience—are also the strengths. The community of strangers watching something in the dark on a giant screen continues to entice people,” he said.

“As long as fans of cinema keep going to watch movies, theatres will survive.”