4 days ago 0 8 min read
We use cookies to provide a personalized experience for our users. By continuing to browse this site, you give consent for cookies to be used.
Got it!
Home > Life > Dog buyers beware: The pandemic push for a furry friend comes with risk of purchasing from a puppy mill 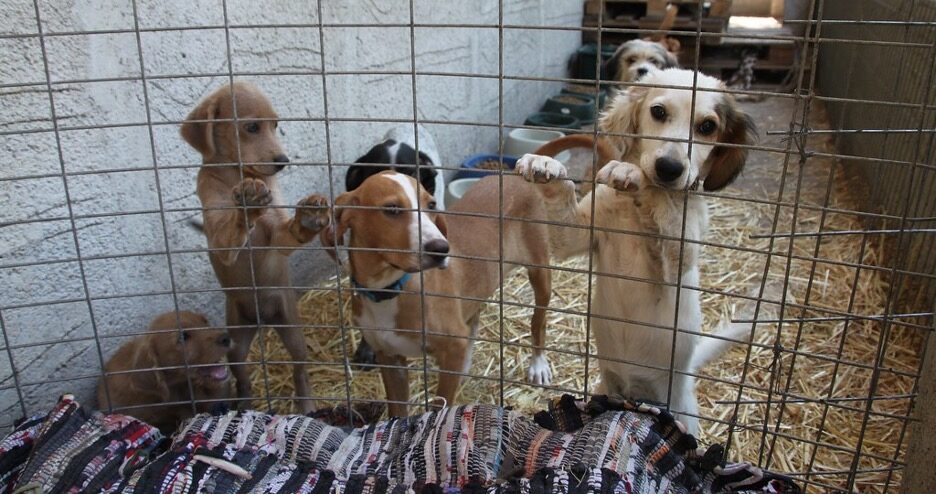 Many Canadian households have at least one dog. Some of these animals may have come from a unsafe breeding mill. [Photo @ Klearchos Kapoutsis/Creative Commons.
Community

Dog buyers beware: The pandemic push for a furry friend comes with risk of purchasing from a puppy mill

The pandemic brought the world to a stand-still, with at-home jobs making it easier to bring home a furry friend but concerns remain about from where those pets could come.

There is a risk that, in the rush to get a furry friend, purchasing a pet from an unethical puppy mill, advocates say.

That is the kind of problem that rescue services such as Ottawa-based Freedom Dog Rescue try to prevent. The organization provides mistreated dogs with a second chance.

It keeps the organization busy.

David Harding, a co-founder of the non-profit, helps find homes for about a dog a day, throughout the year.

“We are an all-breed rescue; we don’t only do Dixons, or only do German shepherds or only border-collies. We do pretty much any breed, any size of dog.”

Unethical breeding of dogs is a significant concern, he says. In these mills, dogs are hidden away, often without ever leaving their cages. Females are impregnated in continuous cycles and the puppies produced are then sold for large profits.

The federal government doesn’t have a specific law governing breeding practices, while the city of Ottawa still allows pet stores to sell puppies with an unknown amount coming from unethical breeding practices.

Dog owners, like Guilia Brown, 21, decided to get her bichon frise/pug mix dog, Copper, from a rescue outside of Barrier.

Brown said she was thankful to have the option to adopt from a place she knew was taking the steps to care for the dogs being sold.

“Copper was rescued from an abusive family situation in Texas and brought to Ontario in order to avoid the kill shelters.”

With organizations like Freedom Dog Rescue, the fight against unethical breeding and selling has been engaged. Still, with an estimated 1,500 to 1,800 puppy mills in Quebec alone, producing up to 400,000 pups a year, Harding says the need to continue on the path to ethical breeding and adoption methods continues.

“We’re kind of in a weird position right now since our goal is to put us out of work,” said Harding. “The goal of this rescue is not always to have to rescue dogs since in an ideal world we wouldn’t have dogs that needed rescue.”

But the pandemic has brought higher demand for rescue services, while great profit margins encouraging unsafe breeding, according to Harding.

“In this world, there would be spray and neuter clinics available to everybody, and we wouldn’t have irresponsible breeders setting up a barn or puppy mill that have dogs that will eventually end up in rescue,” he said.

Despite the rise in dog rescue popularity, many looking for a new dog may unwittingly be supporting unethical services.

“We are not anti-breeder at all. There are responsible breeders out there, especially for specific breeds that need that to be in existence. We do support that, but someone who randomly decides to buy two puppies and open up their own breeding business on Kijiji, now that’s not responsible breeding,” states Harding.

The result can be fatal for the pups. In one year alone, 2015, more than 2,800 dogs were euthanized in Canadian shelters.

IN THE NEWS: Wednesday, Dec. 1