2 days ago 0 4 min read
We use cookies to provide a personalized experience for our users. By continuing to browse this site, you give consent for cookies to be used.
Got it!
Home > Business > Technology > Monitoring monarchs: New technique may contribute to conserving key breeding grounds in southern Ontario 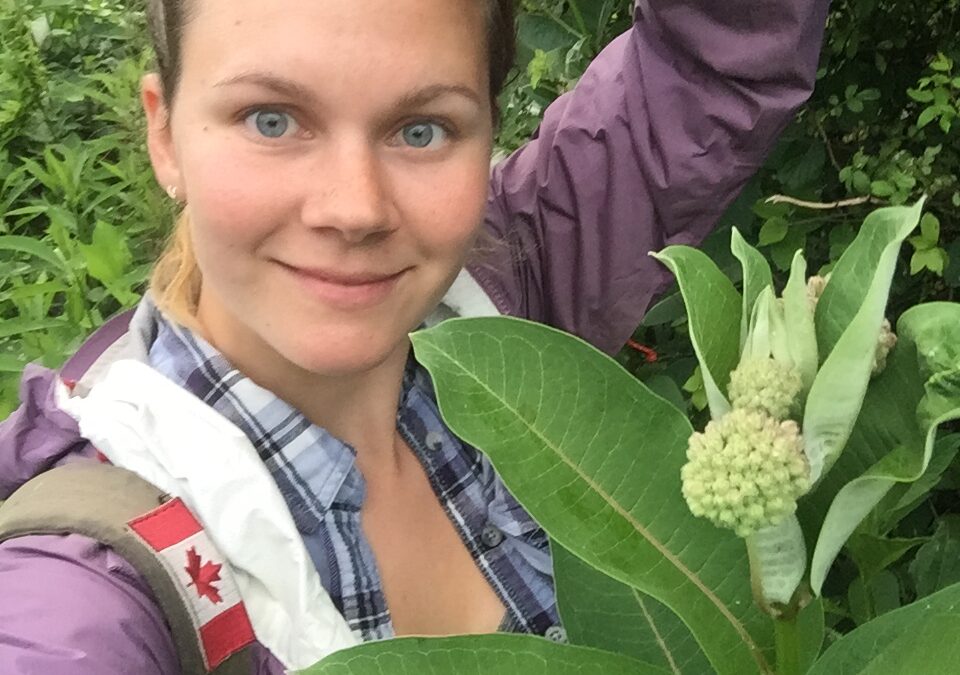 The longest insect migration in North America is at risk and milkweed, a plant you might find growing in our region, could be a key to securing the trip made by monarch butterflies.

An article published in the journal, Methods in Ecology and Evolution, is the outcome of Reich’s nearly 20,000-km journey collecting milkweed samples across the United States and Canada.

Reich is a member of a research team using samples of strontium isotope found on the plants as a way to streamline the tracking of the voyaging butterflies.

“The monarch has these amazing migrations. They spend winter in Mexico and through multiple generations, they migrate north to Canada,” Reich said.

The orange and black butterflies can be found across a range from Alberta to Newfoundland, but they breed extensively in southern Ontario and Quebec.

Reich said that the monarch population is declining and there are competing explanations for their endangerment.

According to the Nature Conservancy Canada, the monarch population, estimated to be more than a billion in the late ’90s, declined to about 200 million in 2015.

“We’re not entirely sure what’s going on, but it’s probably a contribution of many things. We need to learn more about their migration and how their migration has changed over time if we are going to conserve this phenomenon [the migration].”

For more than two months, Reich collected milkweed samples from 22 U.S. states to generate a map that ultimately allowed the research team to determine where a single butterfly grew up.

Now, as opposed to predicting areas that are thousands of kilometres wide, Megan and the research team can now zoom in “a couple of hundred kilometres,” she said.

Ryan Norris, an ecologist at the University of Guelph and an affiliate in the research publication, says the result is important.

“It’s not new, but the extent that our study did this mapping for a wild organism, that’s quite a breakthrough.”

Reich’s journey used technological advances in isotope collection that made the research possible.

“The instruments 10 or 20 years ago could do it, but you need a lot of the material. Even 10 years ago, it was very difficult to take the wing of a monarch and do the analysis that we did,” Norris said.

LISTEN: Ryan Norris discusses the “proof of concept” provided by this paper.

For conservationists and researchers, this paper is a step in the right direction.

“From an application standpoint, conservation planners and managers need to know where monarchs come from and where they go during the annual cycle,” said Tyler Flockhart, an ecologist at the University of Maryland and research affiliate for the paper.

Flockhart said that isotope mapping will inform conservation planning and help ecologists to work more effectively to protect habitat that actually is used by the butterflies. Essentially, strontium isotope mapping has the potential to help combat the monarch’s endangerment.

The director of the Montréal Insectarium, Maxim Larrivée, says this research will help conservation efforts get “the best bang for their buck.”

“It’s [southern Ontario] still a considerable area and there’s no way we’re going to manage and optimize every area where milkweed is growing. So we have to be efficient in where we’re going to allocate our conservation resources,” he says.

Larrivée says that because this country is responsible for the summer population of monarchs before they return south for the winter, “our role should be to make sure that the summer breeding population increases as much as possible to build resilience in the population.”

The accuracy fostered by the strontium isotope could be beneficial for efforts such as Mission Monarch, a citizen-science conservation program started out of uOttawa. It aims to track monarchs’ visitation of milkweed plants.

“Now we need to know what makes a hotspot (for monarchs) a hotspot,” Larrivée says.

More research is needed to better understand the monarch population decline, but Reich’s journey will help pinpoint planning. In the meantime, Reich highlights a few things that conservation enthusiasts can do from home.

“You can plant a milkweed garden and encourage people not to mow it,” she said, noting that people frequently mow the plant because of its weed-like appearance.

Reich even encourages people to “have a butterfly garden” in hopes of supporting the monarch population as they pass through town during their great journey.