4 days ago 0 6 min read
We use cookies to provide a personalized experience for our users. By continuing to browse this site, you give consent for cookies to be used.
Got it!
Home > Uncategorized > Faced with a site that’s filling up fast, Ottawa explores ways to extend life of Trail Road landfill 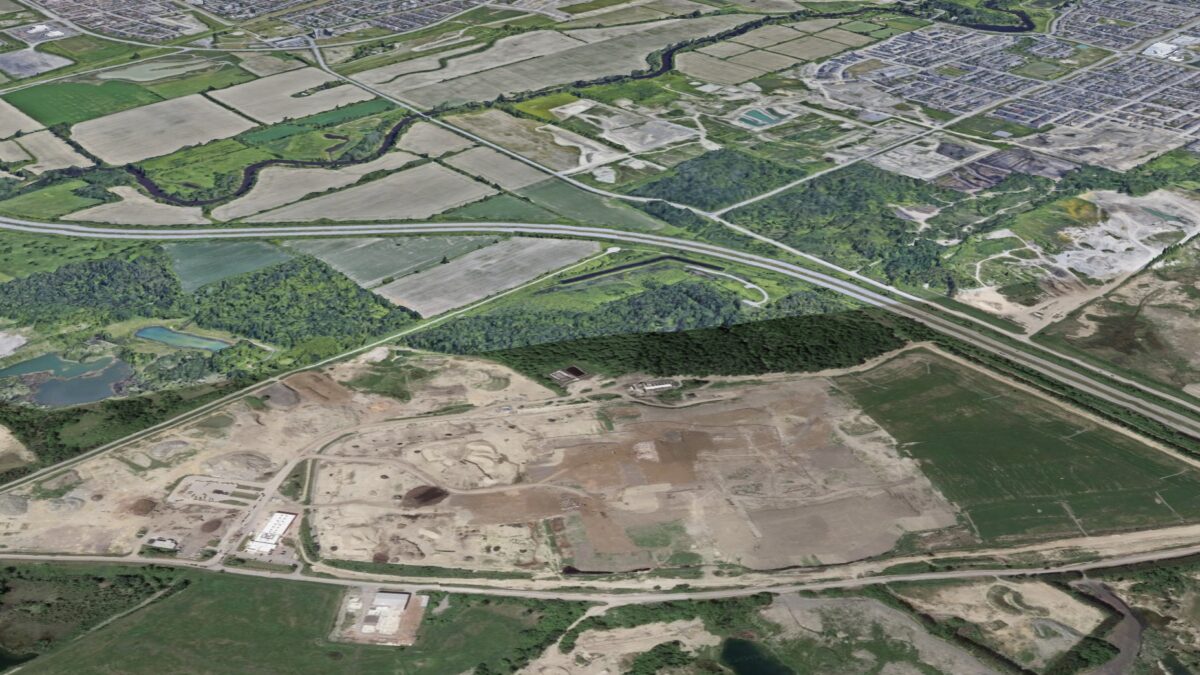 The Trail Road Waste Facility — Ottawa's main garbage dump, located about 20 kilometres south of City Hall — is now expected to reach capacity around 2036, more than a decade earlier than City of Ottawa waste management officials had expected. City staff have proposed waste-diversion strategies and other initiatives to extend the life of the dump. [Photo courtesy Google Earth]
Environment

Faced with a shorter-than-expected timeframe, the City of Ottawa is exploring ways to extend the life of the Trail Road Waste Facility, the community’s main dump.

Last month, Ottawa councillors were given an update on the long-term waste management plan for the facility located just west of Hwy. 416 by members of the city’s solid waste services team.

The city has been working on a 30-year solid waste master plan to ensure that the lifespan of the Trail Road landfill is maximized. Despite earlier projections that the dump could receive waste at current rates until the early 2050s, officials now say the dump could be filled by 2036.

And while there is about 30 per cent capacity remaining at the site, population growth is expected to shorten the dump’s life unless a host of measures — including more waste diversion and more efficient dumping strategies — are implemented.

Waste management staff are urging Ottawa residents to cut their household waste or a new landfill will be needed.

And, according to the city’s residual waste management strategy, the cost of establishing a new landfill “could be in the range of $100- $200 million and could take up to 15 years before becoming fully operational.”

That’s a scenario the city wants to postpone for as long as possible.

The proposed strategy, presented to the city’s environment committee by Andrea Gay Farley, program manager for solid waste services, highlights the vision of a “zero-waste Ottawa achieved through progressive, collective and innovative action.”

The strategy, “seeks to change lifestyles and practices over the long-term by maximizing recycling, minimizing waste, reducing consumption and sending next to zero waste to the landfill,” Farley said.

Farley added that, “the final aim of the residual waste management strategy is to reduce the volume of waste going to the landfill, thereby extending the lifespan of the site.”

“The highlighted elements of the strategy include; limiting types of waste, review tipping fees to discourage disposal of items that are difficult to compact, redirecting waste to private facilities, optimizing landfill operations and increasing awareness,” said Farley.

“Limiting types of waste and reviewing tipping fees cannot be done until there are adequate opportunities for alternative recycling and disposal in place,” said Bury.

“Shifting waste from the facility to private landfills,” he added, “does not address the problem that Ottawa garbage is half full of recyclables and organics that clearly need to go into the blue box, the black box or the green bin.”

He added: “The Ontario Waste Management Association has documented a pending crisis for private landfills. The last analysis says there is probably less than 14 years capacity.”

Bury said there are three key steps to minimizing Ottawa’s production of waste: restrict what is being collected; reduction of garbage; and a user-pay system that provides a direct financial incentive for residents to recycle.

Bury added that an expansion of the Trail Road landfill, “would send the wrong signal to the public that the city is moving to accept more waste rather than the reverse.”

Bury said that, “extending the life expectancy of the Trail Road landfill and avoiding the need to replace it at a very high environmental cost and financial cost by reducing the waste going to the landfill is significant

“This is even more important, given how close the new closure dates are.”

In focus: The chill didn't deter the crowds from coming to Beechwood Cemetery to remember the sacrifice of veterans