6 days ago 0 5 min read
We use cookies to provide a personalized experience for our users. By continuing to browse this site, you give consent for cookies to be used.
Got it!
Home > Business > Technology > First Person: Comparing daily interactions with technology in Canada and China 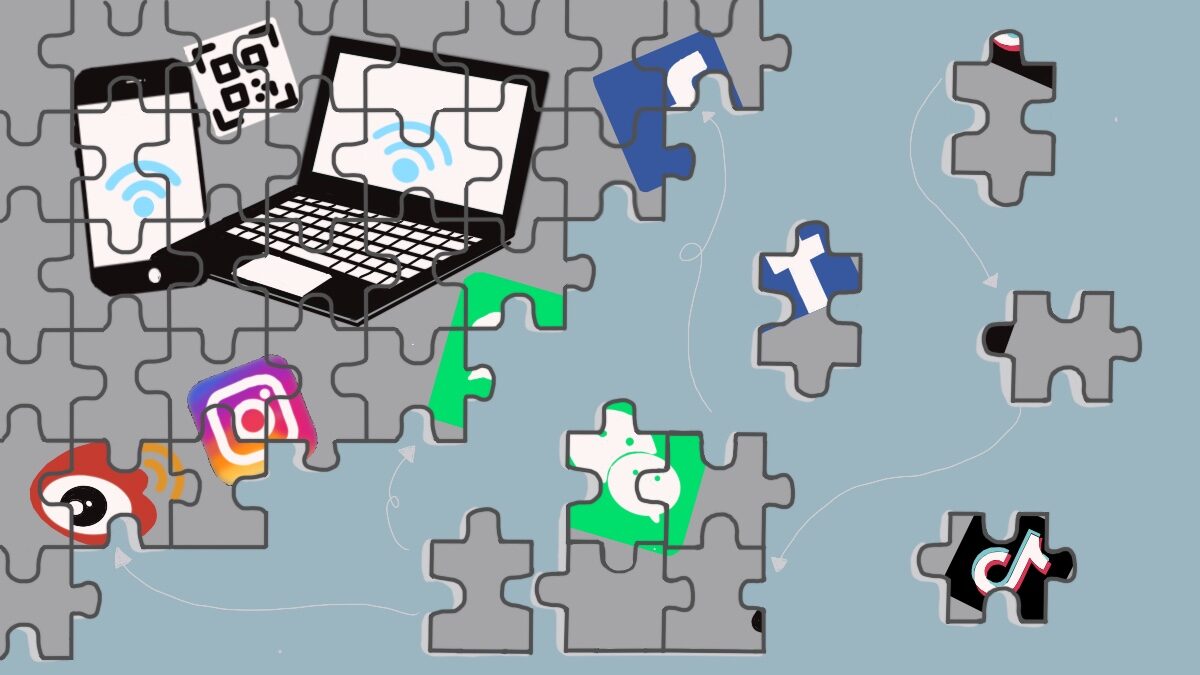 Capital Current compares and contrasts the use of digital technology between Canada and China. [Illustration @ Yilin Li]
Commentary

With technological innovation occurring at an exponential pace, the ethical implementation of emerging tools is becoming increasingly important to national leaders. In the 21st century, countries have witnessed the transformational power of new digital technologies, both for better and worse.

While access to technology in most nations is consistent, social integration and resulting software developments varies across borders.

This case study analyzes and contrasts the differences in the general applications of technology in Canadian and Chinese societies. Capital Current reporters and Bachelor of Media Production and Design students, Yilin Li and Max Peacock, documented 24 hours worth of daily interactions with technology from their home cities: Weifang, CN, and Ottawa, CA.

Each student has created a media timeline, contrasting their respective nation’s integrations of the following technologies: social media, payment systems, transportation and access to information.

Most widely adopted social networks use algorithms to curate user-generated content for the personal media feeds of individuals or explore-style pages. The online engagements which occur on these free-to-download sites/apps are typically financed by third parties, like private advertisers or government organizations.

Among recent generations, influencer culture is in full swing, as users compete for popularity and virality in an online marketplace of content and ideas where algorithms decide what media is presented to consumers.

WeChat is the most common messaging social media in China. In WeChat, user contact lists are usually people they know, such as relatives, friends and colleagues. WeChat tends to be more focused and targeted to the user’s social circle rather than interactions with strangers and open forums like Weibo or Zhihu.

What’s more, the apps can be connected with other internet services such as mobile phone recharge, ticket purchases, and e-commerce by embedding internet financial services.

Weibo is the largest public information publishing platform in China. It is similar to Twitter. It has a huge impact on online public opinion in China, especially around public events or incidents.

Despite being a microblogging platform that provides news and entertainment, it is also disseminates viral content and advertising that aims to broadly increase brand awareness.

This technology quickly became the primary form of in-person payment since its nationwide implementation in 1994, using credit/debit cards to connect merchants with buyers and their respective banks. For the first time in 2016, total cash volume was surpassed by debit card transaction volume, according to Payments Canada’s 2019 Methods and Trends Report.

Online purchases require these same cards and methods. Face identification is rarely used for payment purposes and more as a substitute for mobile app account passwords. The largest online retailer in North America is Amazon, which hosted 37 per cent of digital sales in September 2020.

Cryptocurrencies like Bitcoin and Ethereum are on the rise, founded on a cryptography scheme called blockchain to safely record and validate direct peer-to-peer transactions, removing the need for an intermediary financial institution.

Since the emergence of WeChat Pay in 2013, use of cash and cards to pay has gradually ceased to be popular in China. In 2018, 92 per cent of people in major cities used platforms such as WeChat Pay or Alipay as their main payment method.

Online and mobile has become the main payment method for Chinese e-commerce websites. Consumers use payment platforms to complete their online orders. This method has been encouraged during the pandemic to avoid the risk of infection.

Moreover, offline mobile payments such as QR codes, Face ID and Near-Field Communication (NFC) can be found in restaurants, shopping malls and elsewhere.

However, with frequent breaches of network data security, many payment institutions have begun to explore safer payment methods. Mastercard is researching innovative behavioral biometric technologies such as gait, face, heartbeat and veins near the surface of the skin for use in future payment systems

Canadian public transportation for citizens is available privately and publicly in most cities.

In the nation’s capital, buses and more recently, light-rail trains transport citizens through the city. The reliability of public transportation varies, but at the time of this article’s publication, Ottawa’s light rail train system had been offline for several consecutive days because of a derailed car, which happens to be a telling example of this system’s performance.

According to Statistics Canada, in light of the COVID-19 pandemic, Canada’s public transit systems carried 74.6 per cent, or approximately 119 million fewer rides in January 2021 than the year prior.

Private taxi and ride-share companies like Uber and Lyft thrive by connecting users to company-verified and patron-rated drivers through mobile app technology. In Canada, Uber is accessible to 19 million citizens across 140 municipalities according to an Uber impact report. In a nationally representative poll, 25 per cent of respondents reported they had used the app in the last 2 years.

Ottawa has also populated its streets with clusters of publicly accessible electric scooters for urban commuting. Three scooter providers: Lime, Neuron, and Bird, have their own apps that use QR code technology to unlock units from their parking spaces and charge users at the end of their ride.

Because of China’s huge population (more than 1.4 billion), the number of private cars has gradually increased in recent decades.

To avoid a totally congested road network, public transit has developed rapidly in China. Buses, public bicycles, subways and taxis are the most common forms of urban public transportation.

Through the use of mobile applications like Didi and Mobike, people can take public transportation conveniently and quickly. What’s more, most of the functions can be reached through Alipay and WeChat, so that people can avoid trouble when using these functions temporarily.

Canada: Freedom of the Press

Information in Canada is becoming increasingly accessed through digital means, allowing for the expansion of the private media industry to complement public information sources.

The Canadian Broadcasting Corporation (CBC) is Canada’s national public broadcaster for radio and television. Their mandate is to “inform, enlighten and entertain; to contribute to a shared national consciousness and identity; to reflect the regional and cultural diversity of Canada; and to contribute to the development of Canadian talent and culture.”

The Crown corporation was founded in 1936 and has continued to be the nation’s primary public tool for access to information. CBC’s coverage of the 2020 Tokyo Olympic Games reached more than 20 million viewers in Canada, more than 50 per cent of the Canadian population.

Freedom of the press has remained a tenet of Canadian democracy. As the role of social media has expanded, more citizens than ever before are receiving news from privatized platforms.

This phenomenon has sparked concerns about the regulation of content on digital media platforms, tangling ethical dilemmas about freedom of speech and data tracking.

The main methods of accessing information in China today are through television and digital platforms.

However, fake news has become a major concern in China. Fifty-nine per cent of fake news comes from social media platforms such as Weibo, so it has enforced its position against fake news and false information.

These comparisons are intended to illustrate the general differences in ethical attitudes towards the social integration of technology between nations. While conclusions about national philosophies cannot be made merely by contrast of four individual aspects of technology, we are instead introduced to the thematic natures of these social dilemmas.

As innovation continues to skyrocket, the need for ethical transformation and regulation remains. Many of our decisions about technology are with regard to privacy and freedom of speech. As demonstrated, different nations have different approaches to these problems, each with their own strengths and shortcomings.

With a new era of digitization ahead of all of us, now is the time for citizens and leaders alike to be considering our fundamental philosophies towards tech implementation. An optimistic age of breakthroughs is on the horizon with technologies like artificial intelligence (AI), brain-machine interfacing, augmented/virtual reality, and decentralized finance, all in their early days.

Can legislators remain ahead of the innovation curve? Do private companies have a responsibility to moderate user content on their platforms? What jobs should be replaced by automation first? What are the do’s and don’t of gene editing?

These are the questions our nations will answer in the coming decades. The answers will be shaped by a collective ability to utilize these same tools to vocalize our shared vision of a dignified future.