1 week ago 0 1 min read
We use cookies to provide a personalized experience for our users. By continuing to browse this site, you give consent for cookies to be used.
Got it!
Home > Politics > Election 2021: A century after founding, Canada’s Communists push reform not revolution 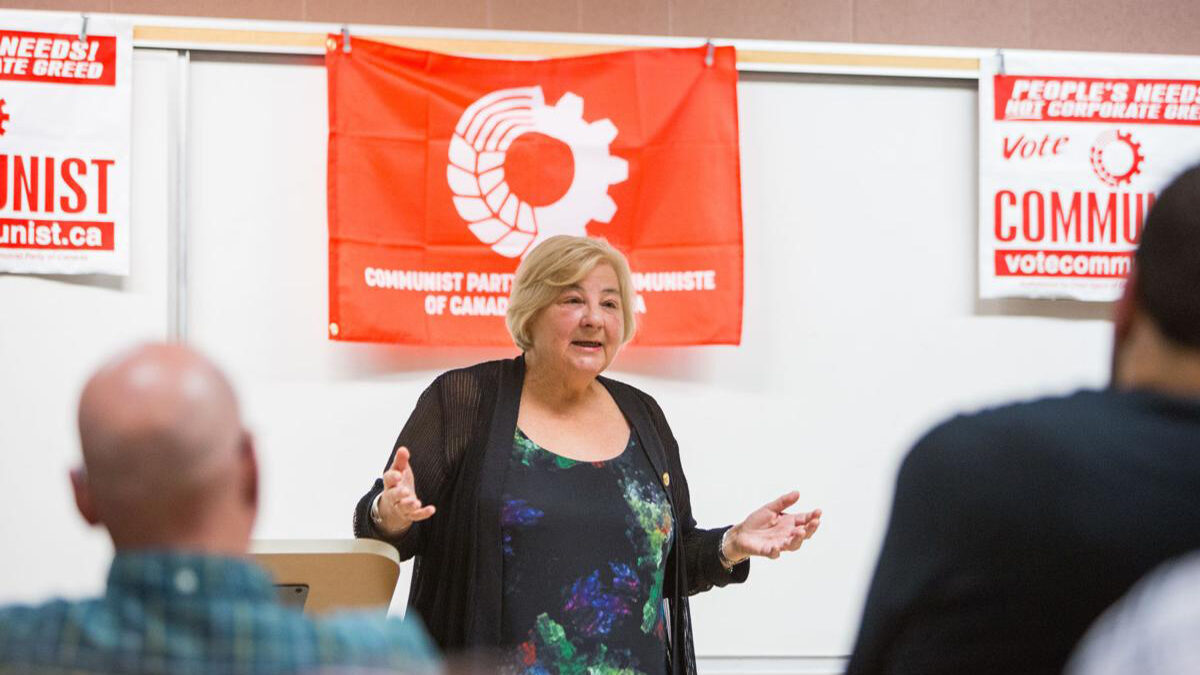 By Tamanna Khan and Morgane Wauquier, 1 year ago 0 7 min read

Founded at a secret meeting inside a barn in Guelph, Ont., in 1921, the Communist Party of Canada is marking its 100th anniversary gearing up for the Sept. 20 federal election with a platform that emphasizes job creation, social reforms and battling climate change.

While the party has run candidates in many elections over the past century — and twice elected Montreal MP Fred Rose in the 1940s under the affiliated Labour-Progressive Party banner — its presence today is barely noticeable.

The Communists are fielding 26 candidates. The Green Party, formed just four decades ago, has already nominated candidates in more than twice that many constituencies across the country.

Party leader Elizabeth Rowley — who is also the Communist candidate in Toronto Danforth — stressed the need for greater financing of colleges and universities so that Canada’s sites of higher learning “don’t milk students to try and pay the costs of running post-secondary institutions.”

In announcing the party’s platform on Aug. 17, Rowley said: “Communists would guarantee the jobs and wages of workers displaced in the transition from fossil fuels to renewables. Renewables will create far more jobs for workers than fossil fuels ever did, and it will not suffocate the planet — or trample the rights of Indigenous nations.”

It’s been a long time since the party held a seat — the only one it’s ever held — in the House of Commons. And Fred Rose’s time in office as the MP for Montreal’s Cartier riding ended badly when he was convicted of spying for the Soviet Union, expelled from Parliament in January 1947 and jailed for four years.

Christopher Adams, adjunct professor in the department of political science at the University of Manitoba, attributes the current, low profile of the Communist Party to its fractured past.

Before the Second World War, the left wing of the Canadian political spectrum included different strands of socialism and communism.

“They often had trouble coalescing, or getting together to solidify who would be the candidate or which particular person voters should be going for,” said Adams. Some would focus on revolution, others on strengthening workers’ rights, he added.

According to Rowley, the Communist Party represents the working class. These are “people who are organized in unions, the unemployed, the young farmers, and in some respects, small businesses, as well,” she said.

Rowley said that from the 1920s to the 1940s, most people involved in the auto, steel and mine workers’ unions were Communist Party members.

During this era, however, openly Communist candidates were often barred from running in elections, though a few gained seats in provincial elections in Manitoba and Ontario under the LPP banner before Rose’s time as an LPP MP from 1943-47. Communist politicians also secured elected positions on Winnipeg city council and other municipal governments and school boards in Canada.

During the early years of the Cold War, individuals and communist-led unions were expelled from the trade and labor congress because of McCarthy-era policies across North America, Rowley said. In the 1960s, trade union leadership began supporting the New Democratic Party.

Ethnocultural demographics in Canada also influenced people’s decisions on how to support left-of-centre political parties, Adams said. Most Canadians had a British heritage in the early 1900s and supported left-wing politics that followed the British Labour Party model, he said. Meanwhile, the communists preaching revolution were often supported by immigrant populations.

Adams said the communists started to lose ground during the Cold War. The totalitarian stance of the Soviet Union and its invasion and occupation of Eastern European states took “the oxygen out of any support people had for Marxist politics in Canada,” he said.

Rowley says that since last year, the Communist Party of Canada’s membership has increased by 50 per cent. But she declined to disclose the total.

According to Rowley, the uptick in support her party is receiving is a reflection of the hurt caused by government policies over the years and the inadequate programs offered by the Liberals, Conservatives, New Democrats and other parties.

She added that catastrophic policies pursued by Canadian governments are responsible for the climate crisis the country faces.

The reason Canada cannot reduce its carbon emissions to zero by 2050, she argued, is because “the oil and gas … energy industry in this country is in the hands of multinational corporations, who have no intention of reducing their profits in order to reduce carbon emissions.”

The Communist Party is proposing the nationalization of energy and natural resources, closing the Alberta tar sands, stopping construction of pipelines and moving energy production from fossil fuel to renewable sources.

The party also wants to cut military spending, pull Canada out of NATO and redirect the money towards other areas, including building a national childcare program and expanding social programs.

But even with these proposals and claims of increasing membership, public support for the Communist Party has remained low through the years.

While overall party support has remained low, Adams said there have been successful Communists at the local level. In the north end of Winnipeg in the late 1970s, for example, Communist city councillor Joseph Zuken was the main challenger to the city’s mayor.

Today, Alex McDonald is running for the Communist Party in Ottawa Centre. The riding is a battleground in the Sept. 20 election after Catherine McKenna decided to leave federal politics.

In the September vote, former Ottawa Centre Liberal MPP and Ontario attorney general Yasir Naqvi is running for the Liberals in the downtown riding, which encompasses Centretown, the Glebe, Old Ottawa South, Old Ottawa East and other central urban neighbourhoods. Also on the ballot: Angella MacEwen for the NDP, Carol Clemenhagen for the Tories and Angela Keller-Herzog for the Greens.

McDonald was not the Communist candidate for the riding in the last federal election in 2019, but he said he ran in the 2008 election in Ottawa West-Nepean and managed to mount a solid campaign, even though he worked long weeks as a taxi driver outside of Ottawa at the time.

He finished sixth out of six candidates, taking 150 votes or 0.3 per cent of the ballots cast.

According to McDonald, any votes for the party will have an impact, even if his prospects of winning are slim. “Each vote for me will register with the middle class that the issues are important enough for people to vote Communist.”

In their own words: Meet seven young voters who have something to say about the federal election