4 weeks ago 0 61 min read
We use cookies to provide a personalized experience for our users. By continuing to browse this site, you give consent for cookies to be used.
Got it!
Home > Politics > In their own words: Meet seven young voters who have something to say about the federal election 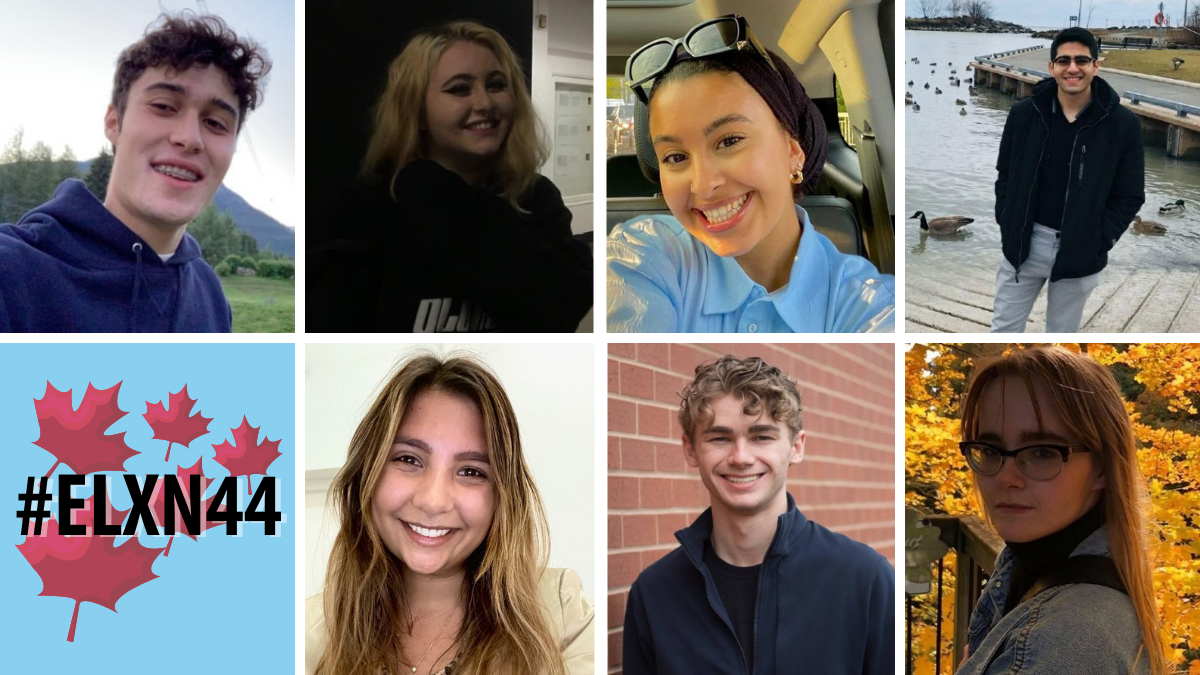 From climate change to housing, young voters across Canada have a variety of issues they'd like to see addressed in this election. [Graphic by Safiyah Marhnouj]
Canada Votes 2021

In their own words: Meet seven young voters who have something to say about the federal election

By Talar Stockton and Safiyah Marhnouj, 9 months ago 0 10 min read

Young voters make up one of the largest groups of eligible voters in the federal election, but those numbers aren’t always reflected at the polls.

To gauge the sentiment of young voters this time around, Capital Current spoke to them about why they’re planning to vote on Sept. 20 and what issues matter the most to them.

Young people can play an important role in the election, said Alex Balbino, who hopes to see higher voter turnout among youth this election.

A low turnout at the polls, Balbino says, often results in politicians not spending enough time listening to their concerns.

“It’s important to me that more young people vote so that politicians start to actually care about issues that affect us,” he said.

He added he would like to see candidates push for stronger accountability for corporations harming the environment and wants to see more education around LGBTQ2 issues.

“My number one priority is honestly just making sure that the Conservatives don’t win,” he said, adding vote-splitting remains a huge concern for him.

When it comes to deciding who to support, Balbino said he likes to see someone with a good record. He will go to virtual events and volunteer to weigh who aligns the most with his values.

Balbino said he’ll encourage his friends to join him at the polls on Sept. 20 and is looking forward to casting a ballot for the first time.

This is the second election that Dyna Rogers has voted in. She fears her party of choice, the New Democratic Party (NDP), is self-sabotaging by counting on young voters like herself to bring them to power.

“That’s exactly what the NDP is doing and that kind of makes me upset because that is the main party that I want to vote for,” says Rogers.

Rogers says one of the biggest election issues for her is the cost of living. Rogers has been unemployed since March 2020, and has struggled to find work throughout the pandemic.

Further, the cost of housing is top of mind. She says she has been searching for apartments, but “the current housing market and apartment market in Canada is just ridiculous right now.”

Rogers will also consider issues outside of Canada’s borders when she casts her ballot in September. While she says that for most of the pandemic, she would have wanted the government to priorize COVID-19 safety, she says she now wants immigration priorized, with more immigrants and refugees allowed into Canada, “especially with the current state of the world in so many different countries.”

“Not only in Afghanistan, but in multiple different countries, there is a lot of conflict going on and we have to do our part,” says Rogers.

After the pandemic caused strife for small businesses in her hometown, and across Canada, Noort says she will be voting for a party she never previously saw herself voting for.  She said she would keep her decision to herself however.

In the previous election, she voted for the Green party because she identified with their policy and their leadership. But her mind has changed. “I am 300 per cent not voting for the Greens this year,” she said.

She also says she doesn’t think Trudeau adequately dealt with the COVID-19 pandemic, nor the reopening. A lot of her family own or work in small businesses, and Noort says Trudeau’s management of the pandemic “totally destroyed a lot of them.”

“I grew up in downtown Toronto and just driving around the city on my lunch breaks, I can see just how many amazing and excellent Toronto businesses have shut down,” says Noort.

“It’s so heartbreaking, so I want a leader that has a strong reopening plan that really looks out to support small businesses, not just like the big box stores.”

Growing up, Zainah Ammar said she has always been involved in politics, joining her parents at town halls and canvassing in her community.

Ammar said she’s watched her older friends vote and is excited to join them this year. “I’ve noticed that one vote can make a difference,” she said.

In September, Ammar said she thinks a lot more young people will show up to the polls, especially after a politically charged year filled with protests.

Young people want their voices to be heard, she said, adding one of her biggest concerns is addressing racism and discrimination.

“I and some of my friends, whenever we go to campus, we don’t feel as safe with everything going on, especially wearing the hijab,” she said.

Ammar added she’d also like to see candidates address equality and outline solutions and aid for foreign affairs, such as what’s happening in Afghanistan.

This election, Ammar said she wants to see politicians engage with young people more through social media, meetings on campus or live events.

“I go on social media every day, and I have hardly seen anything about the election,” she said.

Although young people may hesitate to vote, Ammar encourages eligible voters to do more research and find candidates who align with their values.

“Those who have the chance to vote should vote, even if they don’t know who to vote for at first. Do all the research, because one vote can change who takes parliament and it can change what party wins.”

Wisam Kesserwan says that to him, a strong candidate is one supportive of left-leaning policies, such as generous government programs which help take care of people in less fortunate circumstances.

Issues that affect the family are of most concern for Kesserwan including child care and other supports for parents.

“I have a little sister, so making sure that she’s well taken care of is important, and can help me to empathize with people in more unfortunate circumstances than me who may not be able to take care of their children as much as a person who is more well-off,” said Kesserwan.

Kesserwan said he feels it’s unfair to accuse Trudeau of playing political games by calling a federal election during the pandemic.

“Any politician is going to do what they think is in their best interest,” he says. “So your job as a voter is to make sure that you vote.”

As a queer and disabled university student in Hamilton, Jules Koncovy said she’d like to see marginalized communities as central to candidates’ policies this election.

When it comes to issues of climate change, especially in light of recent reports, Koncovy is also interested in a candidate who takes these issues seriously and implements policies that specifically consider and work with Indigenous communities and activists.

Another major issue for Koncovy is disability legislation, particularly in this year’s amendments to Bill C-7, which expands availability to medically-assisted aid for those who are disabled.

“I’m interested in seeing how people centre the disabled in these kinds of conversations because there were quite a few disabled people who, when concerns about Bill C-7 arose earlier this year, were ignored for the most part,” says Koncovy.

That’s deeply concerning for Koncovy, as she says that allowing for a policy which makes medical assistance in dying (MAID) more accessible, without giving people with disabilities adequate access to housing or social assistance, does not really allow them to freely make a decision regarding MAID.

People with disabilities have also been left behind on policies which impact them throughout the pandemic, says Koncovy. “A lot of COVID-19 policies that have been set in place have honestly centred a lot of able-bodied folks, when, quite honestly, it’s the elderly and disabled folks who have been left the most vulnerable and marginalized in these conversations.”

Koncovy says she would like to see a candidate who considers the issues marginalized folks have and puts marginalized people at the forefront of decision making. She’s planning to do a deep dive of research on the candidates’ platforms in the coming days as the election grows nearer.

For Oliver Batchilder, getting the chance to vote is a privilege he said he won’t take for granted.

“I’ve been waiting for so long to have the opportunity to be able to do this, and I’ve been trying to get as many of my friends on board to vote as well,” he said.

Batchilder said climate change is one of his three main concerns and he would like to see concrete plans to address it presented in this election campaign.

Improved access to mental health care is another one of his concerns, and he said there remains a lack of mental health support across Canada. Batchilder said he’d like to see steps to tackle the mental health pandemic and treat it the same as physical illnesses.

“With our physical health, we can easily see what’s wrong with us. When it comes to mental health, it’s not always that clear,” he added.

Batchilder said recognizing the important role diversity plays in democracy and including more women, young people and racialized people in politics is another topic that’s important to him.

While he’s currently volunteering with the local Green party campaign, Batchilder said he’s taking the time to read all the different platforms of each party as they’re released.

He said he’d also like to see politicians continuing to reach out to youth and motivate young people to vote, not just in September but in future elections as well.

“If we’re able to encourage young people to vote more, we’re going to see a wider spectrum of opinions come to light, and I think that’s a good thing.”