6 days ago 0 3 min read
We use cookies to provide a personalized experience for our users. By continuing to browse this site, you give consent for cookies to be used.
Got it!
Home > News > Canada > Ontario > For the love of Ontario Parks, pick up your garbage 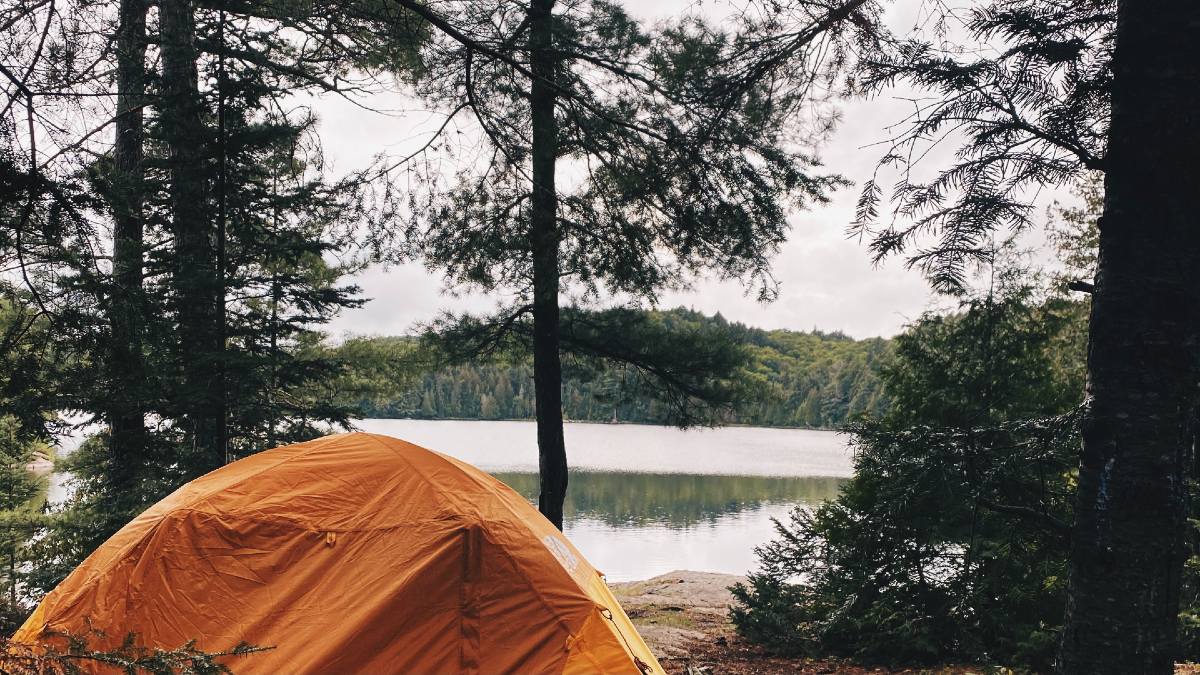 Ontario is home to more than 330 provincial parks, with more than 100 offering camping accommodations for visitors. There are more than 19,000 car-accessible campsites and another 8,000 backcountry/wilderness campsites. [Photo © Samantha Pope/Capital Current]
Commentary

For the love of Ontario Parks, pick up your garbage

There is nothing more mesmerizing than watching the trees move in time with the wind, a sea of branches expanding and contracting against the sky like a heartbeat. There are no sweeter melodies than the soft ebb and flow of waves lapping a rocky shoreline, or tiny droplets of rain tapping hundreds of lily pads and dimpling the water around them.

I’ve never felt more adrenaline than paddling in the middle of a lake in a hailstorm, howling with laughter as ice pellets smack my face and thunder rumbles in the distance. And I’ve never felt more grounded than lying down in that same canoe hours after sunset, wrapped in a blanket and staring up at millions of stars (while trying not to spill into the water, or drift into an existential crisis).

I know so many others share these inexplicable feelings, too, from the friends I have met during these adventures to certain strangers I have never seen — but who have left their mark on the wilderness in a disappointing way, with litter.

With the arrival of the COVID-19 pandemic came social isolation, and with that isolation came a great urge to camp in the backcountry and feel that sense of calm that I get every time I spend time outdoors.

Despite many kilometres of hiking or paddling to get to sites this summer and fall, I never seemed to get away from dozens of multi-coloured wrappers, beer cans, boxes, clothing and cigarette butts that marred the shorelines or were discarded amongst leaves in the forest.

Though I trekked to the backcountry for peace, relaxation and happiness, I felt frustrated and disappointed in fellow campers who made such a mess. I was incredulous that the nature lovers who also took the trouble to reach these more remote sites would be the same people who left buckets-full of trash behind.

I’m not perfect and by no means an environmental guru. I admit I use single-use items more than I’d like to and I am guilty of sometimes letting my car idle to warm it up on a chilly morning. But I know that not tossing your trash into a ravine is one of the simplest ways to help protect the environment and help preserve nature and the unblemished appreciation of it.

Most campers are familiar with the “leave no trace” rule: to leave nature as unchanged by our presence as possible. But as the pandemic has forced people to cancel travel plans, many are going camping for the first time because it’s one of the safer forms of recreation you can enjoy to help limit the spread of the virus.

Campground reservation rates at Ontario Parks were seven per cent higher compared to 2019, and rates of backcountry camping were up nearly 30 per cent over the previous summer.

Fortunately, this means more people are experiencing the beauty of the Canadian wilderness and are falling in love with nature the way I have. Unfortunately, it seems an influx of inexperienced campers has led to a sharp rise in the amount of garbage left behind at many sites, and a surge in frustration among the many campers who will visit the site next.

I get it. Garbage can be tricky to deal with, especially when you are 50 kilometres into the woods with no sight of civilization. It can be messy and inconvenient to have to lug around a bag of trash as you move from site to site.

But if you go camping, you have to prepare for such a scenario, to be aware that you’ll need to carry out what’s left of what you’ve carried in. It simply makes zero sense to leave your trash along a trail or at your site thinking, somehow, that your beer bottle will biodegrade.

A recent appeal by Ontario Parks described how, in order for staff to get one rotting garbage bag out of the backcountry, they had to embark on an Ironman Triathlon — Algonquin edition. Employees had to fly a plane, paddle in a canoe, portage, grab the garbage, paddle some more, hop on another plane and then drive on the highway to dispose of the trash.

They took the trouble to do so because rotting garbage is a potential meal for bears. A 2016 blog post tells the heartbreaking story of campers who had become careless and kept leaving their garbage lying around, which then encouraged a bear to keep returning to the area. Soon after, that bear was killed by a conservation officer who feared the animal had become a threat to the human visitors to its habitat.

Of course, trash is much more than a mere aesthetic issue. Trash can harm physical habitats, transport chemical pollutants, and threaten wildlife by filling up the stomachs of birds and fish with undigestible material, which can then lead to their starvation.

So for the love of Ontario, let’s protect our parks and their animal inhabitants.

Without a doubt, the happiest days of my life have been spent in nature. My most cherished family memories come from summers spent tent camping and exploring the wilderness, hiking up to mountain peaks and watching a backcountry sunrise. One day I hope my children get to experience the same kinds of adventures I’ve had, and I hope they’ll be able to do so in pristine nature — without worrying about stepping on a soggy wad of toilet paper.

So tread lightly while in the outdoors. Leave no trace. Every ounce of weight counts when you are setting out on a backpacking expedition, so pack smart and plan ahead how you’re going to deal with your waste.

Purchase a water filter and iodine tablets instead of hauling a bunch of plastic water bottles. Pack reusable dishes and cutlery. Invest in a high-quality camping gear so you don’t feel the need to abandon faulty equipment in the backcountry (which you should never do regardless).

Most importantly, pack out what you bring in. One of the best parts of camping is being able to share the experience with others, so let’s respect one another — and the generations to come.

Ottawa's online students brace for the isolation of a long winter