2 weeks ago 0 1 min read
We use cookies to provide a personalized experience for our users. By continuing to browse this site, you give consent for cookies to be used.
Got it!
Home > Education > High cost of law school makes a legal career an exclusive pathway for the rich 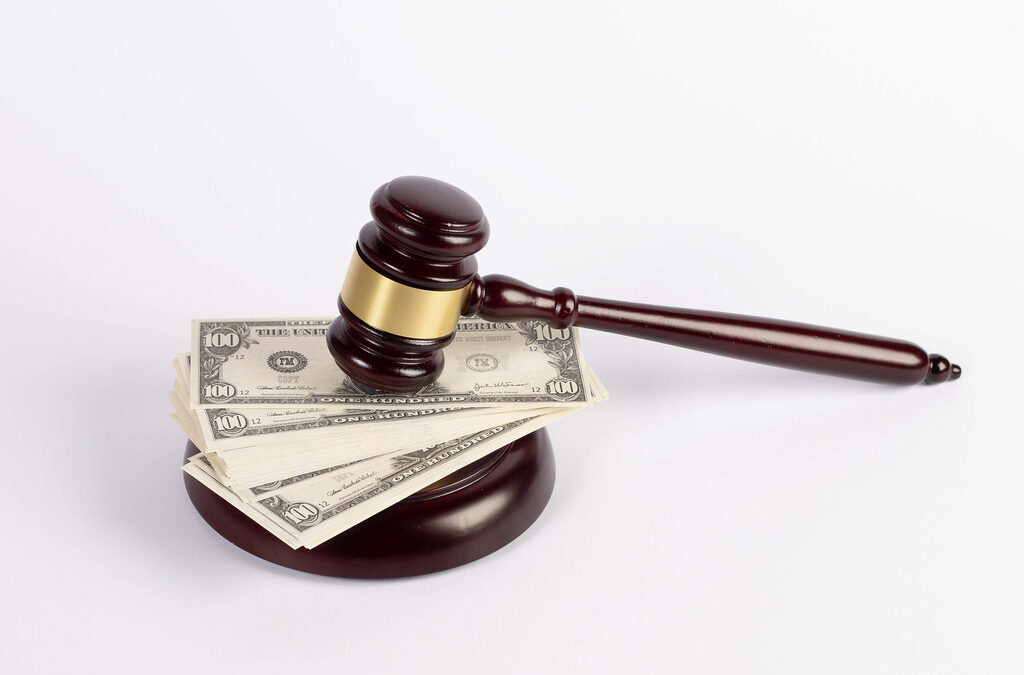 Given the high cost of tuition at law schools, pursuing a legal career is almost exclusively an option only for the wealthy — and that's a problem for society, argues Capital Current writer Izzie Helenchilde. [Photo © wuestenigel/Creative Commons, licensed under CC BY 2.0.]
Commentary

Law school tuition is so high that those not born into wealth cannot hope to afford to enter the legal profession. So what does that mean for the future of our laws and our country?

This year, the average annual tuition for the first year of a three year, English-language common-law degree program in Canada is $18,436.39. That does not include books or accommodation and the other costs of living. This has earned Canada the rank of third most expensive place in the world to study law, trailing only the United States and United Arab Emirates.

A legal education did not always cost more than $50,000. But in the late 1990s, tuition caps were eliminated, clearing the path for a marriage of raw greed between universities and banks. Law school tuition skyrocketed, increasing more than 60 per cent nationally and 140 per cent in Ontario between the mid-’90s and the early 2000s.

Other post-graduate programs have seen increases in tuition, although not generally quite as extreme. The average Canadian master’s degree costs just under $7,500 in annual tuition, less than many undergraduate programs. Still, Canadian medical school tuition averages $17,000 annually and while Canadian MBA tuition rates range wildly from $4,398 at Newfoundland’s Memorial to $58,000 at Queen’s, the national average is  $21,420.50  a year. So why should Canadians care so much about the cost of law school?

We are very much a nation of laws. Since lawyers play a prime role in making the laws, interpreting the laws and imposing the laws, we all have a stake in who the lawyers are.

Because we are a nation of laws. Because the law shapes our lives, fuelling and limiting our hopes and dreams and often defining our values. Even in places where the character of the nation is less a function of the law than of factors such as ethnicity, religion or centuries of shared history, the law has a profound impact. Laws such as China’s one-child limit, Taliban doctrine restricting the freedoms of Afghan women and Russia’s censorship decrees have all had enormous influence on life in those countries.

If those examples seem distant, one only has to look at the recent U.S. Supreme Court decision in Dobbs, which eliminated the abortion rights established 49 years ago in Roe v. Wade. We have all watched the horrifying impact of that decision on rape survivors, pregnant mothers with dangerous late-term complications and victims of domestic violence.

A more positive illustration of the extensive impact of the law lies in Canada’s Charter of Rights and Freedoms. The Charter has entrenched a wide variety of rights, promoting fairness, equality, freedom and security. There are special provisions for language rights and the rights of Indigenous peoples as well as comprehensive legal rights. Since its enactment in 1982, Canada’s highest court has wielded the Charter like a sculptor’s chisel, thoughtfully carving a long-awaited national identity.

We are very much a nation of laws. Since lawyers play a prime role in making the laws, interpreting the laws and imposing the laws, we all have a stake in who the lawyers are.

Politicians are often lawyers but even when they are not, new legislation always passes through an army of lawyers before reaching the House of Commons for debate. Lawyers decide which laws will be enacted, how laws will be worded and what aspects will be emphasized.

Lawyers litigate the laws. Lawyers choose their cases. That is often a function of how much money the client has to spend, but not always. Many lawyers do a certain amount of free or “pro bono” work. Each lawyer chooses which pro bono cases to take and, inevitably, they choose cases that reflect the issues they care about.

Lawyers also interpret and impose the law. While many politicians are lawyers, all judges are lawyers. Judges decide what the laws mean and how and to whom they are applied.

To repeat: Who a country’s lawyers are matters.

Even if student loans large enough to cover the cost of law school are available, they still have to be paid back. With tuition so high, there will be two kinds of law students: those from rich families and those who encumber themselves with crushing debt. The latter will typically have no choice but to accept high paying work in areas such as corporate law, tax law or high-end litigation. They will not generally have the luxury of working in poverty law, immigration or even prosecutions. They certainly won’t be able to take cases for organizations such as Innocence Canada, which fights to vindicate the wrongfully convicted, or the Legal Education and Action Fund, which promotes gender equity through the law.

Even if student loans large enough to cover the cost of law school are available, they still have to be paid back. With tuition so high, there will be two kinds of law students: those from rich families and those who encumber themselves with crushing student debt.

That leaves the lawyers from rich families. Which means that how the law is shaped in this country will come down to the choices and preferences of the privileged. With the greatest respect to the wealthy, that is seriously problematic.

Journalist Anderson Cooper wrote a book about his famous mother, the heiress Gloria Vanderbilt, not long before she died. Dubbed “the Poor Little Rich Girl,” Vanderbilt was the focus of a sensational custody battle between her young, irresponsible mother and her stern paternal grandmother. She often felt neglected, except by her beloved nanny, Dodo. Dodo was forced out of Vanderbilt’s life when she was 10. But the two reconnected years later and Dodo moved in with Vanderbilt to help her raise her own children.

But when Dodo died in abject poverty, Vanderbilt, one of the richest women in the world, did nothing. It does not seem to have occurred to her that writing a cheque for some money she would never have missed might have radically changed Dodo’s life. Even Anderson Cooper, who also grew up with extreme wealth, seemed uninterested in why Vanderbilt let her mother-figure die alone at Catholic Charities. He asked only why his mother hasn’t read the death-bed letter Dodo sent, instead casually burning it. Vanderbilt had no answer. Perhaps she felt it wasn’t her problem. Perhaps she wanted to avoid the unpleasant mental image of Dodo’s suffering. Rich people are not like the rest of us.

Nevertheless, Gloria Vanderbilt and Anderson Cooper are not menacing or evil. They didn’t buy Twitter to provide a popular venue for hate speech. They never imposed caps on bathroom breaks for underpaid warehouse workers while accumulating the largest fortune in the world. They definitely never invited guests to private islands for sex parties with teenagers. They didn’t even lie, cheat and bribe to get their children into top universities. They’re just rich people who have never suffered, who lack compassion and who don’t get it.

If we allow exorbitant tuition to restrict the legal profession to the rich and privileged, our laws will change accordingly — and if our laws change, so will our country. So will we.

Americans tolerate this sort of behaviour from the wealthy because America loves wealth.  The first colonists to arrive in America were Puritans. The new religion they brought with them held that hard work was the best way to show devotion to God. The Puritans also believed in predestination, the theory that only a limited number of people were chosen by God and there was nothing you could do to change whether you’d been chosen. Instead, Puritans hoped they’d been chosen and worked hard to show their gratitude for God’s grace.

As it happened, all that hard work resulted in a lot of profit. Soon, the wealth accumulated by industrious Puritans was seen as proof that they were, indeed, chosen. In an odd turnaround, wealth became proof of God’s grace.

This is the tradition America was founded on. Wealth didn’t just mean power and privilege in this life; it meant you had been chosen by God for even better things in the next life. It meant you were superior. Even now, the wealthy are treated with much greater deference in the U.S. They are accommodated, flattered, pampered and placated. Is it any wonder that rich people believe in their own superiority? Or that poor people are less worthy or are responsible for their own misery?

It’s not quite as bad in Canada. We are a kinder, more compassionate nation and we are less obsessed with material success. But how committed are we to that way of thinking? What are we willing to do to maintain those values? If we allow exorbitant tuition to restrict the legal profession to the rich and privileged, our laws will change accordingly — and if our laws change, so will our country. So will we.  Do we want to become more American? Do we want to put the rich in charge to the exclusion of those less wealthy?

There is still a small window of time to do something about the situation. But if we don’t act soon, it will be too late to wrest power from those who are rich, privileged and endowed with an effective monopoly on the legal profession.

It's a wrap: Spotify's year-end snapshot of users' music tastes is a holiday treat

Three days, no phone: A Gen Z odyssey in passing (and guessing) the time