2 weeks ago 0 1 min read
We use cookies to provide a personalized experience for our users. By continuing to browse this site, you give consent for cookies to be used.
Got it!
Home > Technology > Three days, no phone: A Gen Z odyssey in passing (and guessing) the time 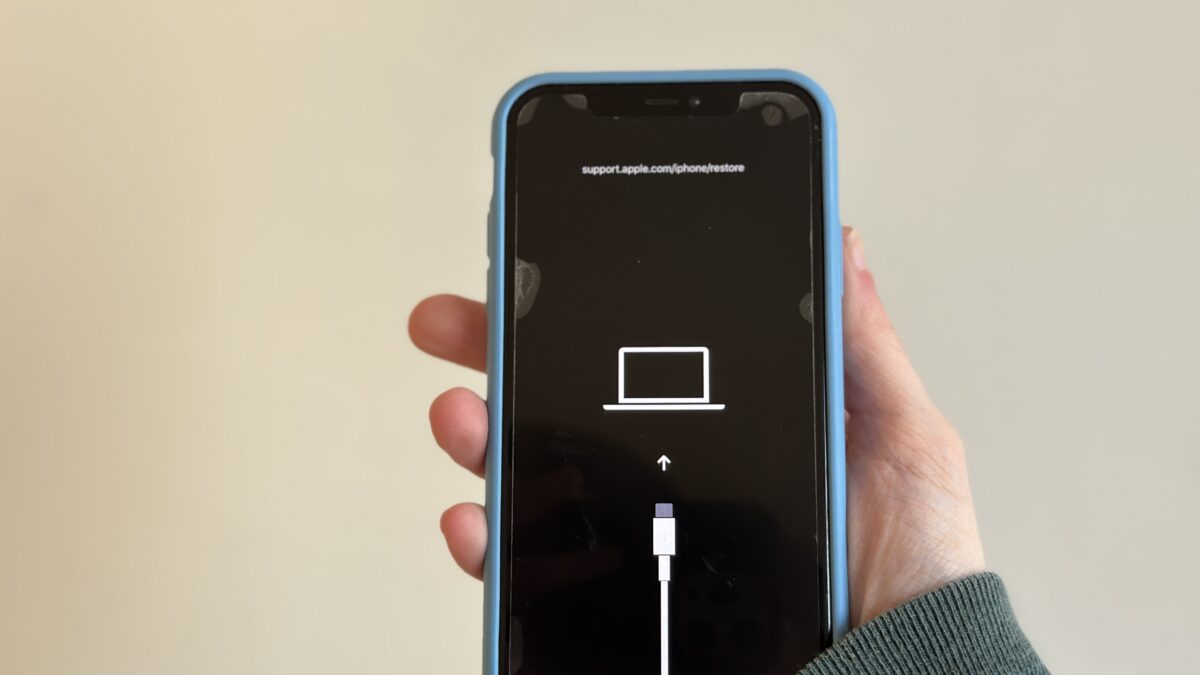 My iPhone 11 after suffering water damage, notifying me to seek assistance from Apple. For 72 hours, I lived without it. [Photo © Gail Pope]
Commentary

Three days, no phone: A Gen Z odyssey in passing (and guessing) the time

On a chilly November day, when the leaves had finished falling and the forecast was predicting a downpour of more than 10 millimetres, I fell off a broken tree trunk into the Ottawa River.

I won’t go into the full details, but to sum things up I was reaching for a rope and before I knew it — splash!

After being neck deep in cold, less-than-sanitary water, I was not exactly feeling my best. But as I climbed out and tried to shake the water that was stuck gushing inside my shoes, I realized there was a more pressing issue; my pocket was open and inside … was my iPhone.

At first, my phone was doing fine. It was turning on and I was even able to snap one more picture before I saw a flicker and then a black screen. Despite this — I’m known to be a painfully optimistic person — I held out hope. I thought that the dramatic display was simply my iPhone telling me it was cold and needed some time to recover from its unexpected plunge. That theory was quickly proven wrong when the device didn’t turn back on after multiple towel dries.

I was unable to get a replacement phone for three days, meaning I had to navigate the world device-less for the first time since the eighth grade.

I would like to take a moment to admit some wrongdoing. After a quick Google search, I realized that I had just done everything opposite to what is suggested when your phone gets wet. I frantically tried to switch it on and I plugged it into an outlet in hopes that it would charge. I even put it in rice, but then got some grains stuck in the power jack. I then spent the next 20 minutes trying to fish the rice out with a bobby pin.

It was an eventful day to say the least.

As a university student, I’m not rich. The idea of swallowing a bill of more than $2,000 for a new phone was not the best news. (Thank God for payment plans.) However, the main message from this experience is not my depleted bank account, but my realization about how much phones rule our lives.

Apple was experiencing some complications with their payment plan system, so I was unable to get a replacement phone for three days, meaning I had to navigate the world device-less for the first time since the eighth grade.

The first thing I noticed right away, is that I now got the old joke: “What time is it?” “Time to get a watch!” I don’t have a watch, and I suddenly realized I really needed one. Why would you need a watch if you have a phone? Now I was walking around the world with no clue if it was 2 or 3 p.m. I even showed up to my Apple appointment 45 minutes early because I was worried I would be late. The woman then proceeded to tell me to come back in 20 minutes, so I wandered around the mall and frequently asked shoppers for the time.

Why would you need a watch if you have a phone? Now I was walking around the world with no clue if it was 2 or 3 p.m.

A news story published in the U.S. in 2015 — the year the Apple Watch was introduced to the world — explained how smartphones had made watches seem obsolete for millions and millions of consumers. The article stated how, on average, teenagers look at their phone more than 20 times an hour, simultaneously checking the time.

I always like to know the time, so functioning without my phone-clock was proving to be a bit of a hurdle.

I missed my phone the most when I got to my bus stop. I had just missed the previous bus, meaning that I would be stuck there for another 30 minutes, just waiting. Usually, I would pull out my phone, watch some TikToks and maybe play a few songs, but that was not an option now. So, I sat for a few minutes and took a good look around me. To set the scene, there were four or five others also waiting at the station stop and every one of them — old and young — was on their phone.

I had nothing to do, so I rummaged around my bag and found an empty Smarties box and pen. For the next 30 minutes I sat there doodling on the package. The guy beside me kept glancing over and I think half the people at the bus stop thought I was losing it.

As I doodled, I thought about how different it might be if no one was using their phone. Would I be having a conversation with the person beside me?

As I doodled, I thought about how different it might be if no one was using their phone. Would I be having a conversation with the person beside me? Or, maybe, would there still be a newspaper stand offering something to read?

In an online article at Healthline — “How to Tell If You Could Be Addicted to Your Phone” — researchers concluded people are replacing much of their interpersonal interaction with texting or watching social media. Social encounters are known to release dopamine, a feel-good hormone in our body. But since social media causes a similar reaction, people are more prone to constantly check their phone to promote these positive emotions. However, this becomes problematic since people get into a pattern of simply checking out of habit, and the good vibes get weaker and weaker as you use the device more and more.

Like caffeine, the smartphone can become an addiction. And as I waited for the next bus — phoneless — I was experiencing a form of withdrawal.

Face-to-face interaction is a vital part of a healthy lifestyle, but phones have put a barrier in place that gives people a reason not to have these interactions. I even use my phone as a barrier in many awkward situations. For example, if you see an old friend you didn’t really want to see, it’s super easy to look down at your phone and pretend you never saw them walking by. Take that barrier away and you are forced to talk and interact much differently.

People are starting to participate in a social media or device “detox” because of these dependency issues. A few years ago, Kevin Roose from the New York Times wrote about his experience in a phone-free world and how hard it was to come to terms with how unhealthy his relationship with his smartphone had become.

Statistics Canada highlighted the fact that in 2020, 84.4 per cent of Canadians owned a smartphone.

The idea that we overuse our technology might seem obvious, but experiencing first-hand what a phone-free world looks and feels like was very eye opening for this iPhone user.

And even though I will avoid taking another dive into a river with my phone, I am thankful to have had to chance to reflect on what it’s like living (for a while, anyway) without one.