2 weeks ago 0 1 min read
We use cookies to provide a personalized experience for our users. By continuing to browse this site, you give consent for cookies to be used.
Got it!
Home > Sports > Battle of the fans: The faces in the crowd at the 14th Capital Hoops tournament 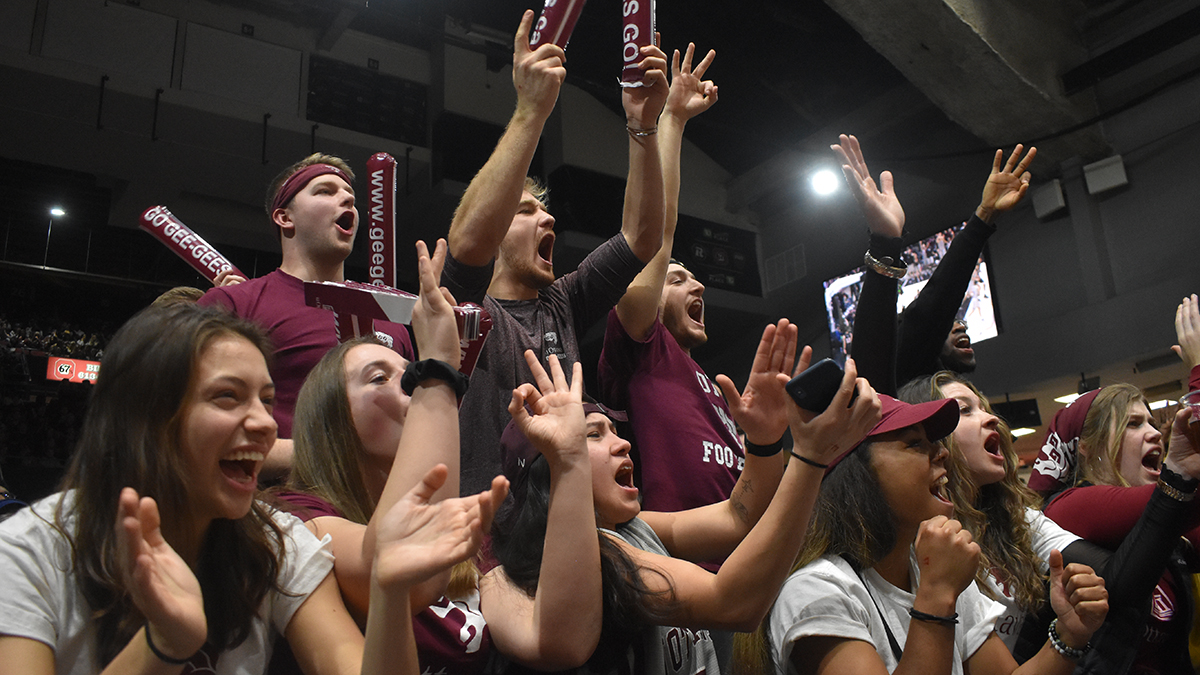 By Graham Swaney and Scarlett Diamantopoulos, 3 years ago 0 3 min read

Fans from Carleton and the University of Ottawa packed into TD Place this past Friday night to support their basketball teams as they faced off for the 14th annual Capital Hoops classic.

The fans were treated to two nail biting games that saw the uOttawa’s men and women pull out narrow victories of 68-67 and 77-75 respectively. This was the first time that the University of Ottawa teams won both games.

The electric crowd cheered, booed and danced their way through both games so loudly ears were ringing later outside the arena.

The classic match-up attracted alumni, current students and young players who may one day take the court themselves. The basketball players were also supported by their families, peers and fellow athletes. The fan watching was almost as much fun as the game.