4 days ago 0 6 min read
We use cookies to provide a personalized experience for our users. By continuing to browse this site, you give consent for cookies to be used.
Got it!
Home > News > Transit > How Ottawa’s LRT stations are becoming magnets for development 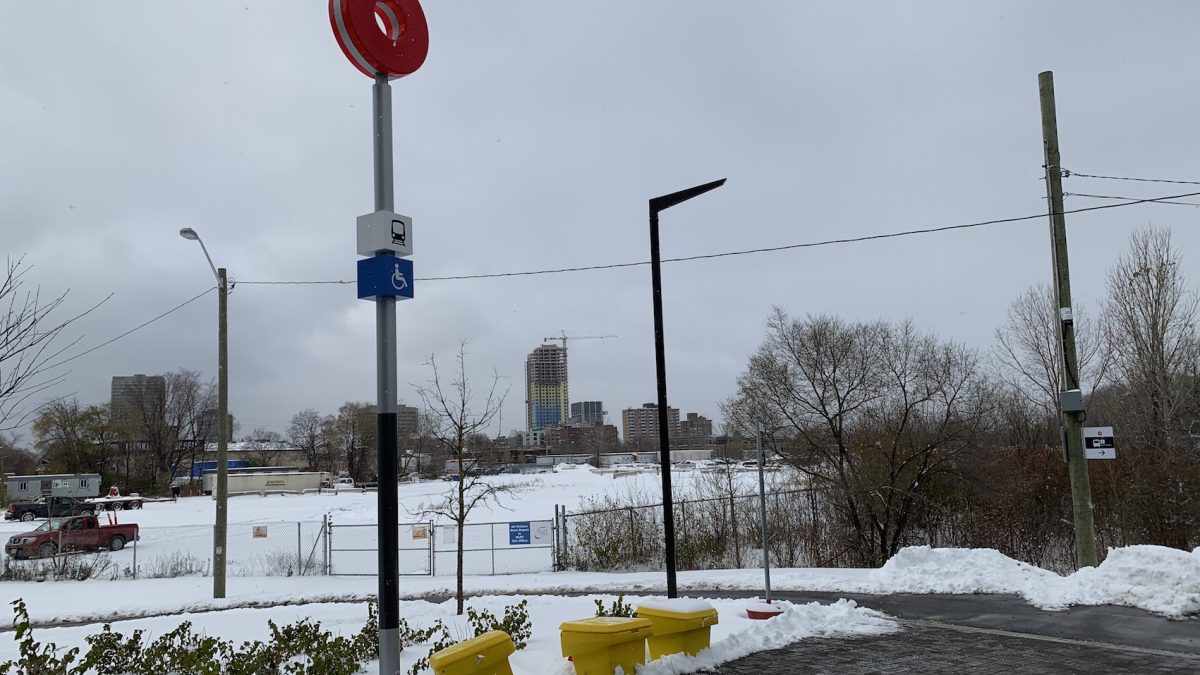 How Ottawa’s LRT stations are becoming magnets for development

At peak periods, more than 18,000 commuters pass through Bayview station each hour. The station is the only point where the Confederation and Trillium lines intersect.

Directly across the street, a trio of high-rise towers, already approved by Ottawa Council, will be erected by 2024. The development at 900 Albert St. will offer more than 1,200 residential units and a pedestrian link to Bayview, creating what will be “an important and vibrant transit-oriented community,” according to the developer, Trinity Group.

This development is one of the latest in a push for a more intensified city. Transit-oriented developments near LRT stations are part of that vision.

“We are in a housing crisis, and we need to build as much of it as possible around transit stops,” said Billy Cohen, a development assistant at the affordable housing development consultancy CAHDCO. He said a successful transit node will not only attract residents, but also visitors to work and play in the neighbourhood.

The expanding O-Train network is set to change the makeup of Ottawa. Communities surrounding stations that were once neighbourhoods of low density and family homes have become magnets for developers seeking to fit more and more beds and businesses onto local streets. Transit-oriented development is popular among both affordable and market-rate housing developers.

Cohen said that while many Ottawans fear skyscrapers sprouting up over their neighbourhoods, this will not always be the case.

“We’re going to start seeing a lot of higher density housing development around the LRT – and that doesn’t necessarily mean skyscraper condos,” he said. “This type of development comes in all forms … townhouses, four-storey apartment buildings, and even subdividing existing large houses into separate units. These are all in keeping with the high-density housing that we’re talking about.”

Cohen said he believes development around the LRT must create mixed-use communities to be successful.

“People live around transit stations because it’s convenient for them to do so. But that’s only the outbound in the morning, and the inbound traffic at night,” he said. “If you’re to have a truly successful all-day, all-night operation, you need something else that draws people to the station.”

Light-rail has already brought the greatest emissions reduction in Ottawa’s history, according to a report by Ottawa-area environmental group Sustainable Eastern Ontario. By extending LRT, and clustering high-intensity housing and businesses around it, the city hopes to get even greener.

Here are four examples of transit stations where the neighbourhood character is changing – or will change – as the southern and western O-Train extensions are built over the next few years.

At the southwest corner of Albert Street and City Centre Avenue is a 3.6-acre, triangular plot of land that will be home to Trinity Group’s three towers – 65, 56 and 27 storeys high. The mixed-use buildings will include condominiums, retail space and more than 1,000 parking spots. Building up, as opposed to out, is part of Ottawa’s strategic plan for a greener, more intensified city.

At 65 storeys, one of the three towers will be the tallest building in Ottawa – a source of neighbourhood controversy since the project’s approval in July 2018. “The building heights just keep going up,” Somerset Coun. Catherine McKenney told reporters in 2018. “There’s no real rationale for that.”

Trinity Group, meanwhile, has agreed to contribute $6.25 million to the city’s affordable housing reserves, CBC News reports. This deal was approved in October by council.

Neither McKenney or Trinity Group were available for comment.

Other development is also envisioned for this area. On Nov. 21, the National Capital Commission (NCC) unveiled a new draft plan for the development of LeBreton Flats. This mixed use space is planned to include housing, public parks and green spaces, plus offices and retail. There is the potential for eventual event spaces (such as an arena) in the plan, according to a release by the NCC. Public consultation will take place until December.

In 2018, a dispute over the original planned development at LeBreton Flats resulted in the rupture of a partnership between Trinity Group and Ottawa Senators owner Eugene Melnyk.

The 21-storey SOHO Champagne apartment building, on Champagne Avenue, will tower over an aging Carling station on the Trillium line. Its advertisements claim the building to be a purveyor of “hotel inspired living.” Still in the early stages of construction, the building sits beside an even taller one, the Claridge Icon. This 45-storey building will provide luxury condominiums to those wishing to live close to Little Italy and Dow’s Lake. Residency is to begin next fall, according to developer Claridge Homes.

Claridge Homes was unavailable for comment for this story.

According to Ottawa Magazine, some are concerned that these new apartment complexes will cater to drivers, not transit riders. While developers hope to attract residents to a future complete community in the area, local amenities such as supermarkets and pharmacies are still lacking.

The only update to the station itself is a refurbished elevator for easier access, according to the City of Ottawa.

The new Civic campus of the Ottawa Hospital, steps from Carling station, is another example of transit-centric development happening in the city.

“(The) Civic hospital move is taking advantage of existing development work done as part of the secondary plan,” Powell said. The planned hospital is poised to attract employment, as well as provide health care services in the area southwest of downtown. Preston-Carling is a “target area for intensification,” according to the City’s secondary plan. Making transit accessible goes hand-in-hand with growth.

“Not everyone who works at a hospital is a doctor who earns hundreds of thousands of dollars a year,” said Powell. “Many people are on much more modest, middle-class incomes, where the option of a transit-accessible hospital would be a big deal.”

Cleary station, planned for Stage 2 of the LRT, has been a point of contention for residents of the Cleary-New Orchard area.

Initially, the station was to be built at 747 Richmond Rd., but was moved to the Byron Linear Park, according to a statement from Kitchissippi Ward Coun. Jeff Leiper in March.

According to the statement, the station was moved for several reasons, such as avoiding any damage to the West Nepean Collection Sewers, a decrease in buildable land being taken up by the LRT station, and reducing the cost of the station’s construction.

As well, Leiper wrote, the station’s new location has added benefits in relation to other plans for the surrounding area.

“It’s a better position,” she said. “It’s more integrated into the city and closer to those who need it.”

Leiper’s statement also addresses several issues raised by residents of the Cleary-New Orchard area, including a reduction in available green space, added noise pollution and an increase in traffic congestion.

As part of Stage 2 of the LRT expansion, the existing Lincoln Fields transitway station is expected to be completely rebuilt to function as a new LRT station on the Confederation Line.

Transit-oriented mixed-use developments are expected to crop up in this area, replacing aging community fixtures such as the Lincoln Fields Shopping Centre.

In January, RioCan applied to demolish the 47-year-old mall. Merchants swiped the last credit cards and closed their doors in August, CBC News reported. Demolition is expected to start this month.

RioCan’s draft master plan shows the mall might be replaced with two new buildings with both high-rise apartment buildings and a ground-floor retail space, Terri Andrianopoulos, RioCan vice-president of marketing and communications, told The Ottawa Citizen.

RioCan did not respond to requests for comment by Capital Current.

These concept drawings were requested by the community, and only represent one possible future for the site. However, some residents are skeptical of the developments proposed.

“There are going to be new stores, but honestly I don’t see any benefits,” said Jonathan Morris, president of the Britannia Village Community Association. “The community wants to support the city’s effort, but unfortunately this development goes in the opposite direction.”

Lincoln Fields will see big changes. Riocan will eventually demolish the mall and put in apartment towers and move the grocery store to another location within the lot.

For example, Morris is worried the project – particularly with the large parking lot proposed – won’t be pedestrian- and transit-friendly.

“I believe it is six times the amount of parking that city bylaws are considering acceptable close to transit stations,” said Morris. “It is a very car-oriented development, which makes it difficult for us pedestrians to access that station. We’d have to walk through a thousand parkings in order to get to the station.”

In an April 2019 letter addressed to RioCan and obtained by Capital Current, Kathy Vandergrift, vice-president of Queensway Terrace North Community Association and the chair of its planning committee, pointed to issues of connectivity, walkability and bikeability. She called on RioCan, among others, to priorize the natural environment, stressing the importance of “more trees, interesting green space, or highlighting existing or new blue space.”

Morris said the community was consulted by developers, but feels it has not been heard.

The city has yet to come up with a secondary plan, which will determine the final outcome for this project. The secondary plan will aim to establish local development policies to guide growth and development in Lincoln Fields and will be instrumental in steering RioCan’s future developments.