3 days ago 0 5 min read
We use cookies to provide a personalized experience for our users. By continuing to browse this site, you give consent for cookies to be used.
Got it!
Home > Social Justice > In photos: No Peace Until Justice march filled downtown streets 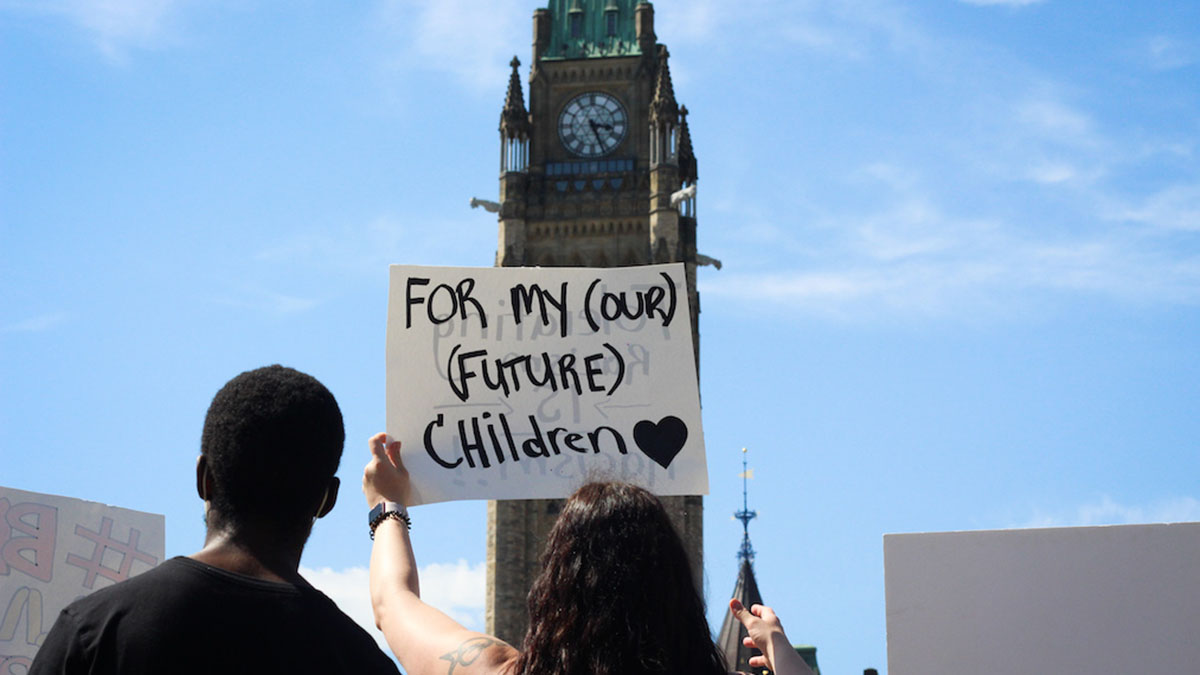 Demonstrators by the thousands converged on Parliament Hill on Friday, June 5 to protest anti-black racism, an event prompted by the May 25 death of George Floyd. Floyd died after four Minneapolis police officers subdued him, including one who pressed his knee against Floyd's neck for nearly nine minutes. [Photo © Eden Suh]
Featured

In photos: No Peace Until Justice march filled downtown streets

Thousands gathered in front of Parliament Hill Friday afternoon to protest racism in Canadian society. The crowd, estimated by police at about 7,000, then peacefully marched to the Canadian Tribute to Human Rights monument, near Ottawa City Hall. The No Peace Until Justice march organizers said the event was a protest against police brutality and a response to the death of George Floyd, a Black man who died May 25 in Minneapolis. Floyd died during an arrest by police officers, one of whom put a knee on his neck. Protests sparked by Floyd’s death have been happening across the U.S., Canada and around the world since. These are some of the scenes from Friday’s protest in Ottawa.

In The News: Friday, June 5