1 week ago 0 1 min read
We use cookies to provide a personalized experience for our users. By continuing to browse this site, you give consent for cookies to be used.
Got it!
Home > Politics > Indigenous languages bill “a start” toward revitalizing Ottawa communities 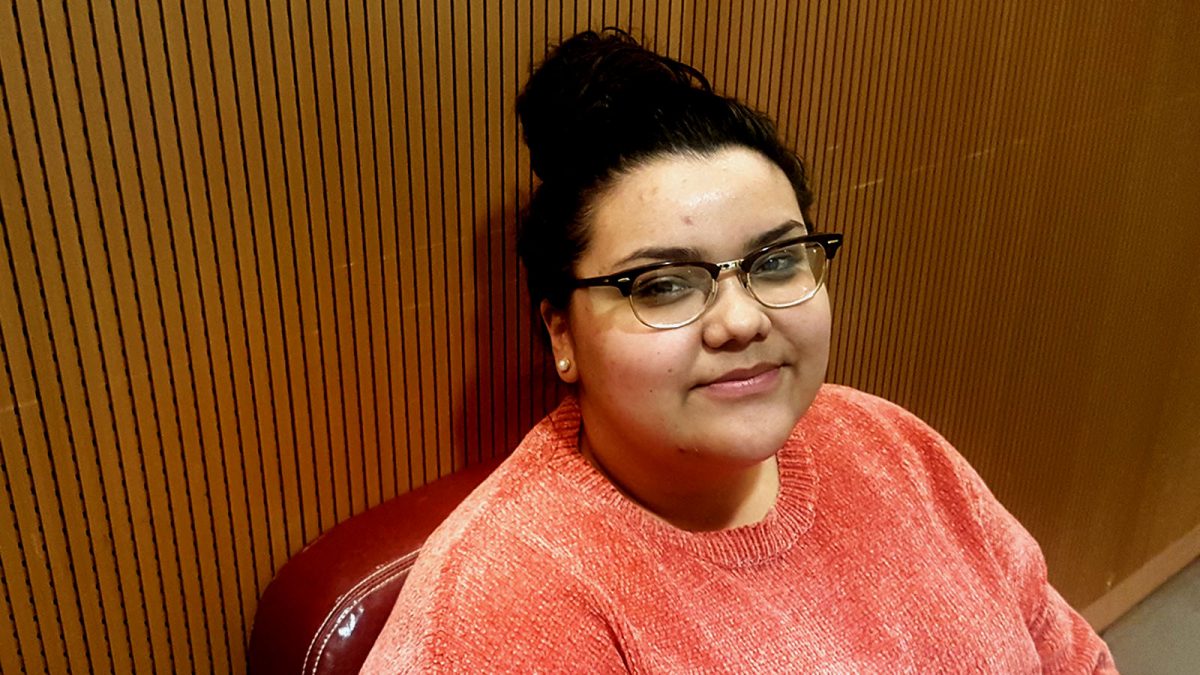 By Casey Bolton, Vera He and Gabbi van Looyen, 4 years ago 0 5 min read

Taylor Day grew up hearing and speaking Mohawk on the Akwesasne Reserve.

“My parents and my grandparents on both sides were pretty fluent in Mohawk,” the fourth-year Carleton University student said.

As a child, Day said she had no trouble carrying on a conversation in Mohawk because the language was spoken at home and at school. But this all changed when she left home for high school.

“I had to choose between French or Spanish and I couldn’t opt out . . . I lost a lot of my Mohawk because of that,” said Day. Akwesasne is about two hours south of Ottawa.

Day is among a growing number of Indigenous Peoples who can no longer speak their language.

This problem is not just unique to Ottawa. In 2016, only 15.6 per cent of Indigenous peoples could speak their language — with 13.3 per cent of those individuals speaking their language at home, according to the the same census report.

In Canada, there are more than 70 Indigenous languages with hundreds of different dialects. Under UNESCO’s endangered languages criteria, more than two-thirds are endangered.

The 2016 census also reported that many of these languages are spoken by less than 10,000 people— some, by just hundreds.

In an effort to address this issue, the Liberal government tabled the Indigenous Languages Act on Feb. 5, which aims to revitalize and preserve Indigenous languages.

“It’s a good start,” Day said. “It’s really cool to see them actually making an effort, but there’s just so much to be done.”

Not all are in favour of the new bill, however. The Inuit community in Ottawa calls it a “missed opportunity.”

Ottawa has the largest population of Inuit outside of the Arctic. Their language, Inuktitut, has official status in Nunavut and the Northwest Territories.

According to Inuit, the bill did not specifically address their right to speak their language nor did it provide the necessary provisions to support its revitalization, maintenance and promotion.

“Despite being characterized as a reconciliation and co-development initiative, the Government of Canada engaged Inuit in bad faith throughout this legislative initiative,” said Natan Obed, president of the Inuit Tapirit Kanatami. “The absence of any Inuit-specific content suggests this bill is yet another legislative initiative developed behind closed doors by a colonial system and then imposed on Inuit.”

The Inuit Tapirit Kanatami originally welcomed the legislation when it was raised in 2017 and had proposed solutions for remedying the challenges facing language revitalization. Obed said none of those suggestions were included in the proposed legislation.

“Our efforts to revitalize, maintain, and promote Inuktitut are often blunted by inequitable federal funding policies that task us with doing much more with far fewer resources than what French and English speakers receive,” Obed said. “At the same time, our people do not have the right to access federal services in Inuktitut, relegating it to a status beneath English and French.”

Donna Patrick, a professor of Indigeneity in Canada and the Arctic at Carleton University, said she shares some of these concerns.

“Part of the issue on this whole thing for even making the languages official Indigenous languages in the House of Commons has been who is going to be included,” she said. “How are we going to resource the translators, the interpreters. All that’s necessary in order to let this happen?”

The bill was created to implement Article 13 of The United Nations Declaration on the Rights of Indigenous Peoples, which guarantees Indigenous peoples rights to language, as well as honouring Calls to Action 13, 14 and 15 of the Truth and Reconciliation Commission of Canada.

The legislation would also create a new Office of the Commissioner of Indigenous Languages, whose role it would be to ensure that the bill’s mandate is enforced.

Patrick said while she supports the spirit of the bill, she has concerns about how it will be implemented once passed.

“It’s very vague. There is no specific kind of money attached to the specific kinds of language revitalization programs. There’s certainly no talk about sustainability,” she said.

Despite her reservations, Patrick said there are many benefits that could come from language revitalization programs for Indigenous communities laid out in the new legislation.

“You engage people in language learning and teaching. If you have the funding to pay them, then those are jobs,” she said. “There can also be knowledge about food and about food preparation and health specifically, but also the health and well-being of just being able to have that knowledge associated with your grandparents, great-grandparents and great-great-grandparents.”