2 days ago 0 3 min read
We use cookies to provide a personalized experience for our users. By continuing to browse this site, you give consent for cookies to be used.
Got it!
Home > News > Transit > Ottawa transit users concerned about reliability of OC Transpo’s new travel app 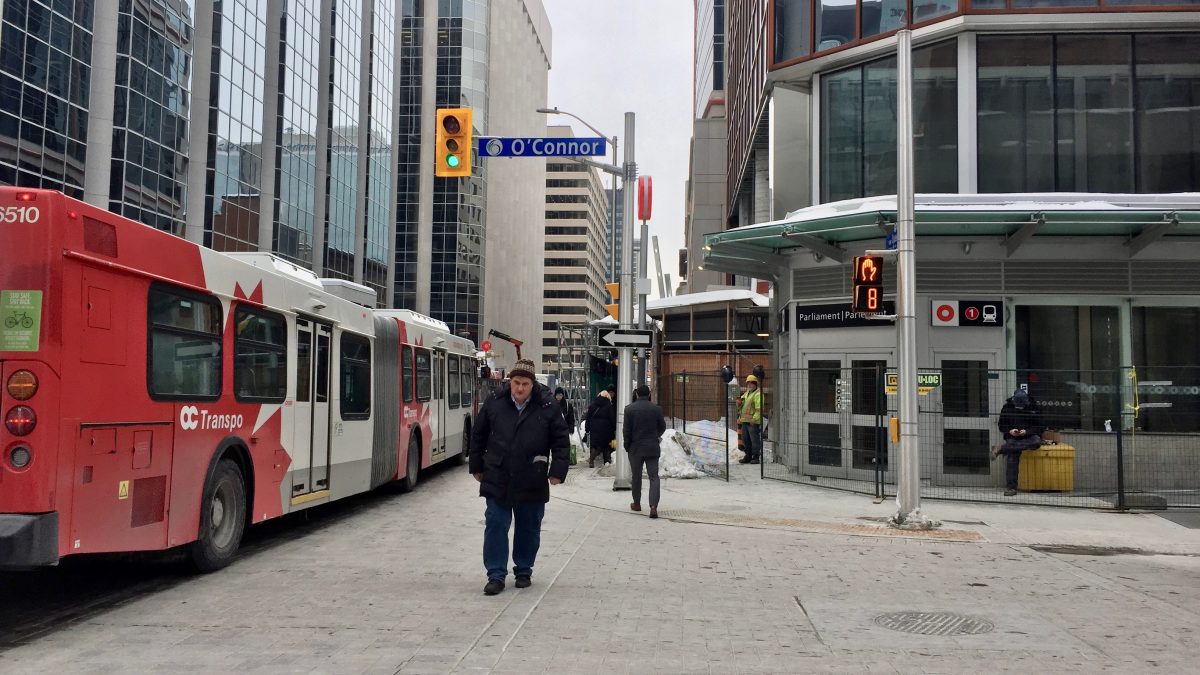 With signs of construction still prevalent at LRT stations around the city, including at the Parliament Station, some transit users are skeptical of the Ready for Rail travel planner [Photo © Sophia Barkhouse]
Featured

“My travel time goes from 33 minutes to 45 minutes,” said Boswell, referencing the estimated time the app shows for her new route. The Ready for Rail planner shows minute-by-minute breakdowns of the routes planned to run alongside the new LRT when it opens in the coming months.

By releasing the app months ahead of the LRT’s launch, OC Transpo wanted to show transit users their future commutes, transfer locations and estimated walk-times and help them prepare. While the app is in a test phase, some transit users have expressed concern about routes — some of which are their current routes — that are projected to be longer rather than shorter, as a result of LRT opening.

Rithvik Achyuthan, a Carleton University student from Stittsville, said his daily commute to school on public transit already takes over an hour. With the Confederation Line opening, the new travel app shows that his regular bus will stop at Tunney’s Pasture Station where he would transfer to the train.

“It’s not great because I’m adding more time to an already long commute,” he said. “If I miss the train, I will have to wait more time.”

Comments on Twitter echo these reactions. While some people said they were satisfied, others found that estimated transfer times were too long.

Pat Scrimgeour, the city’s director of transit customer system and planning, explained in an email that the planner combines algorithms from Google Maps and OC Transpo’s scheduling system to provide travel plans that consider the fastest walking routes and fewest transfers.

OC Transpo says on its website that because the Confederation Line trains will run every five minutes or less during peak traffic period, congestion will no longer delay service throughout the city.

“Trips will be more consistent and dependable,” Scrimgeour said, but didn’t explain why some of the app’s routes may take longer than what they are now.

Boswell, a co-founder of Ottawa Transit Riders, a newly formed grassroots group that advocates for easier public transit, says the city should have consulted with the public to ensure the planner was user-friendly and the projected routes were more convenient.

Boswell adds OC Transpo’s justification is that the train is going to be more reliable, so it doesn’t matter if the overall route takes a little longer.

She says that the travel planner might also lead visitors and newcomers astray with indirect routes, positioned around the LRT line.

“I’m lucky because I’ve lived in Ottawa my whole life,” Boswell says, adding that if the app gives her bizarre directions, she would recognize that. At this point, she thinks Google Maps is more accurate than the new travel planner.

OC Transpo says that the app is being tested and is meant to offer “a picture” of future routes. It is encouraging transit users to comment about the app on the OC Transpo website.

Carleton's Relay for Life hits $1M in donations in 10 years