5 days ago 0 3 min read
We use cookies to provide a personalized experience for our users. By continuing to browse this site, you give consent for cookies to be used.
Got it!
Home > News > Transit > Initiative to secure free transit passes for shelter users awaits council approval 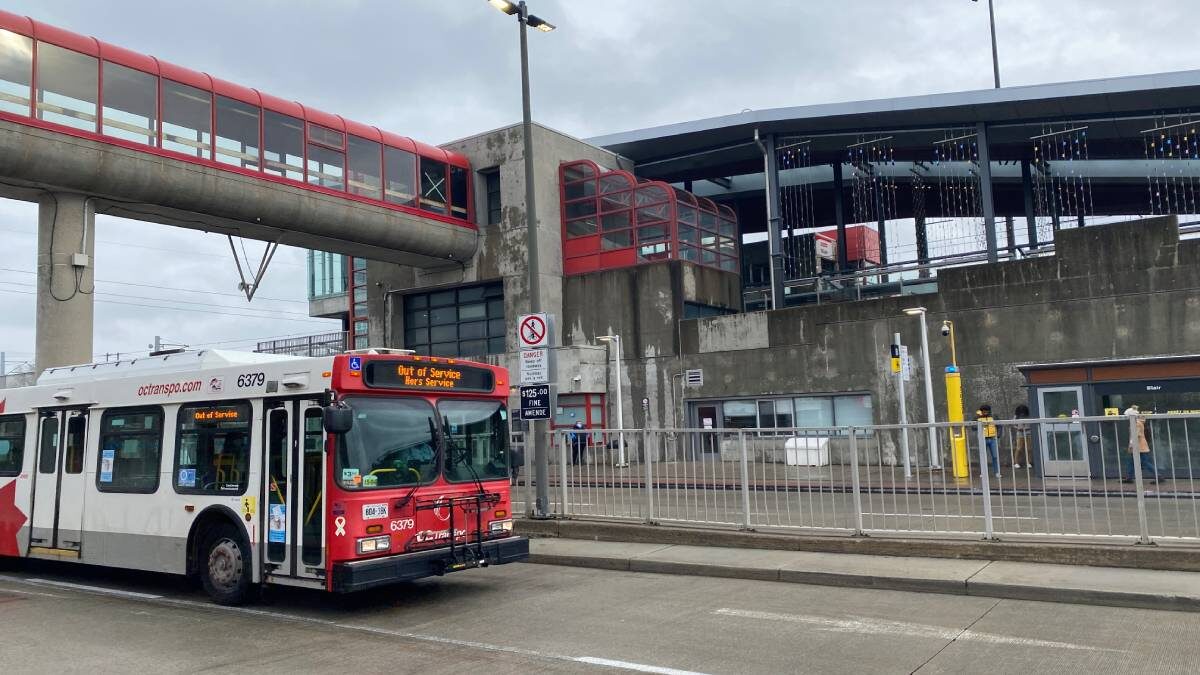 An initiative approved by the city’s Transit Commission would see 2,000 transit passes distributed to emergency shelter clients, allowing them to ride for free at no extra cost to the city.

The proposal, championed by Somerset Coun. Catherine McKenney, was backed at a commission meeting on Nov. 17 and awaits approval at the next meeting of city council on Wednesday.

The initiative is the result of a working group established by the commission in November 2020.

In an email, McKenney said they worked closely with Ottawa’s homeless shelters and social support agencies to identify issues that people living in shelters have, such as not being able to get to work, attend medical appointments, school, or family events because they cannot afford a transit pass.

‘Public transit is the mode of transportation that is supposed to be available to people on a lower income, yet it’s actually unaffordable for so many.’

“I raised the matter at Transit Commission last year and we met throughout the spring and summer,” McKenney said. “I was pleased that staff also came on board with the idea, which helped convince the other members to also support the plan.”

Jordanna Marchand, manager of client services at the Ottawa Mission, said the initiative is a great idea. The Mission has a budget to spend on transit vouchers, it’s not a lot and staff have to be frugal with it.

“Public transit is the mode of transportation that is supposed to be available to people on a lower income, yet it’s actually unaffordable for so many,” Marchand said. “People on ODSP (Ontario Disability Support Program) get a discounted rate, but when you’re living on a fixed income it’s still a huge chunk, and that money might end up being put towards other needs.”

While this initiative is a productive first step, Trevor Haché, president of the Healthy Transportation Coalition, said the city needs to do more to make public transit accessible and reliable.

“It’s a good first step towards making the public transit fare structure more equitable, but certainly we think more needs to be done,” Haché said. “But this is progress.”

The Healthy Transportation Coalition is a group consisting of individual and organizational members who work to make Ottawa better for pedestrians, cyclists and public transit riders.

Haché said he was approached by McKenney about a year ago for information regarding a sliding scale fare system for public transit.

A sliding scale would see the cost of fares for transit passes depend on the income level of the rider. In Calgary, Haché said, if you make less than $12,000 a year, you can get a monthly transit pass for less than $6 a month.

The sliding scale is something Haché and his organization have advocated.

“It’s very positive that McKenney reached out. But I’m the elected president of the board of directors of this pretty big organization, the Healthy Transportation Coalition, and I don’t remember ever receiving an invitation from the other members of the working group to submit input in any formal public consultation process,” Haché said.

Open public consultation is something the city should be doing more of, Hache says, especially when it comes to public transit.

“It’s good that it looks like there was consensus on the idea that 2,000 people in the emergency shelters are going to get free transit,” Haché said. “But I’d say there are a whole lot of other people out there, tens of thousands of other people, who I would say need to be better served by the decision makers in City Hall.”

“We know we can do better. We need investments, we need expansions in the service, we need it to be seen as a public service and not run like a business.’

McKenney agreed, calling the shelter initiative a first step in demonstrating that “free transit” is a policy goal that should be pursued by the city.

The Transit Commission also approved other McKenney proposals at its Nov. 17 meeting, including fare freezes for several years for OC Transpo’s community and equity passes, which are set at lower rates than regular transit passes.

The Equi Pass is available to city residents who meet a low-income threshold, and costs about half as much as a regular adult monthly pass. The community discount is available to individuals registered with the Ontario Disability Support Program.

“We know we can do better,” Haché said. “We need investments, we need expansions in the service, we need it to be seen as a public service and not run like a business. We need governments at every level to invest in public transit and we need people to get on and ride it.”